Once Upon a Time in Bath by Cheryl Bolen

To save his family from ruin, Lord Appleton’s prepared to sacrifice his happiness to marry a peculiar heiress, but more than his happiness is at risk when sinister forces try to come between him and his cat-loving fiancée. 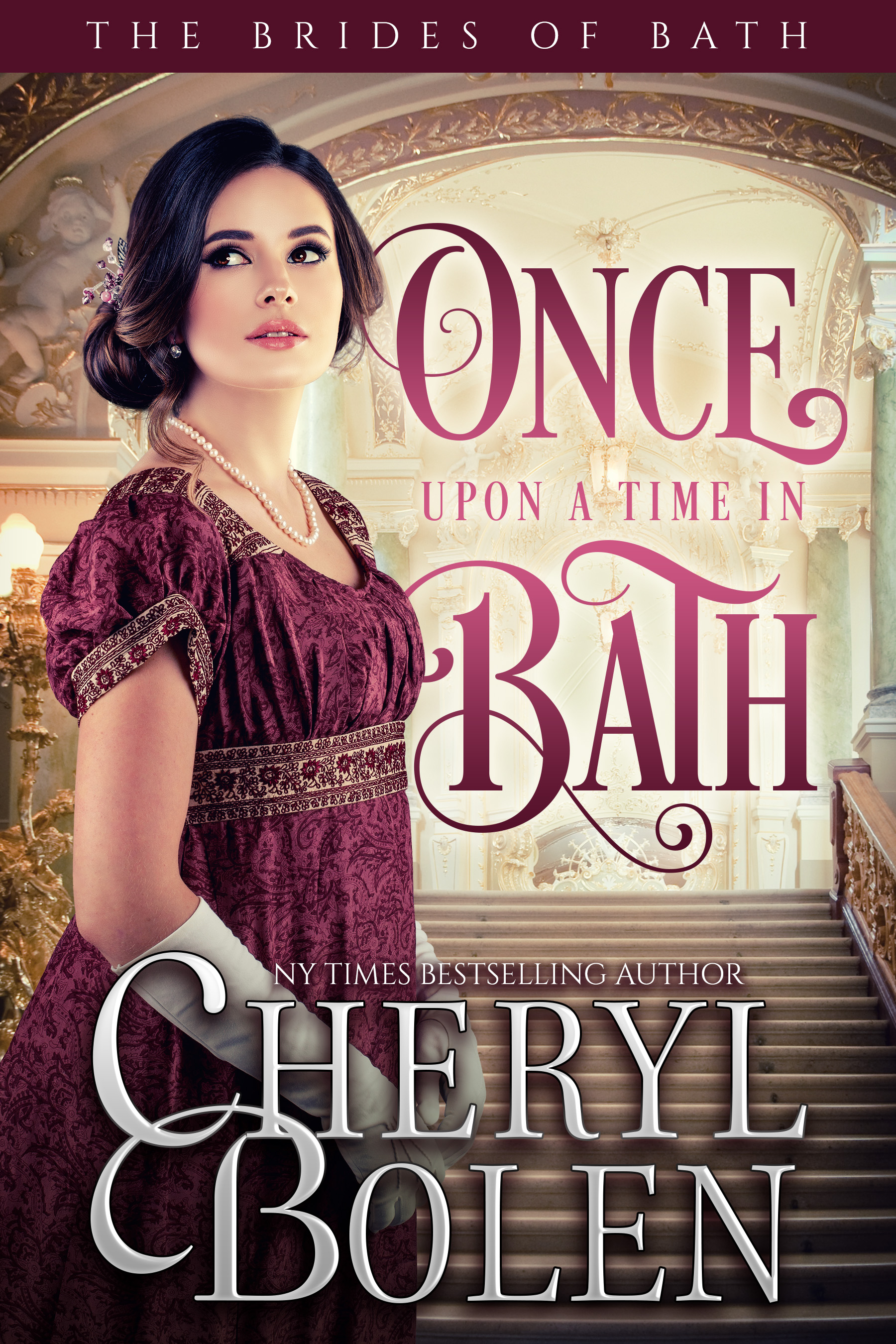 Lord Appleton may be a bit of a rake but he’s never been one to lose his head at the gaming tables. Yet he loses everything on a night of which he has no memory. How will he dower his sisters? Where will they live when the vile man who bought his debts forces them from their house in Bath? Lord Appleton will do anything to reclaim their house and avoid hurting his family—even if it means having to marry a peculiar heiress.

When Miss Dorothea Pankhurst arrives in Bath with her ailing father—and the four cats she’s never without—she is ignorant of the ways of Society. Then the kindly Lord Appleton and his gracious sister take her under their wing. She’s immediately smitten with the handsome viscount and thrilled beyond measure when he asks for her hand in marriage.

After the murder of a young dealer at the gambling house where Appleton played, Dot and Appleton grow closer as they work together to find the killer. But they’re not fully aware of the sinister forces trying to pull them apart . . .

He needn't tell her he owed every bit of it to Lord Bastingham because of a disastrous turn of bad luck. Nor need he tell her how many tradesmen were dunning him. Nor how he'd been forced to find new positions for his groom and coachman because he lacked funds to continue keeping horses.

A few moments later he threw open the doors to Grandmere's drawing room. Seated upon a sofa, a slant-top portable desk balanced on her lap, she was scribbling on paper, then she looked up at him with a twinkling gaze.