On a Midnight Clear by Sandra Sookoo

Sometimes, the greatest truths of life come on a midnight clear. 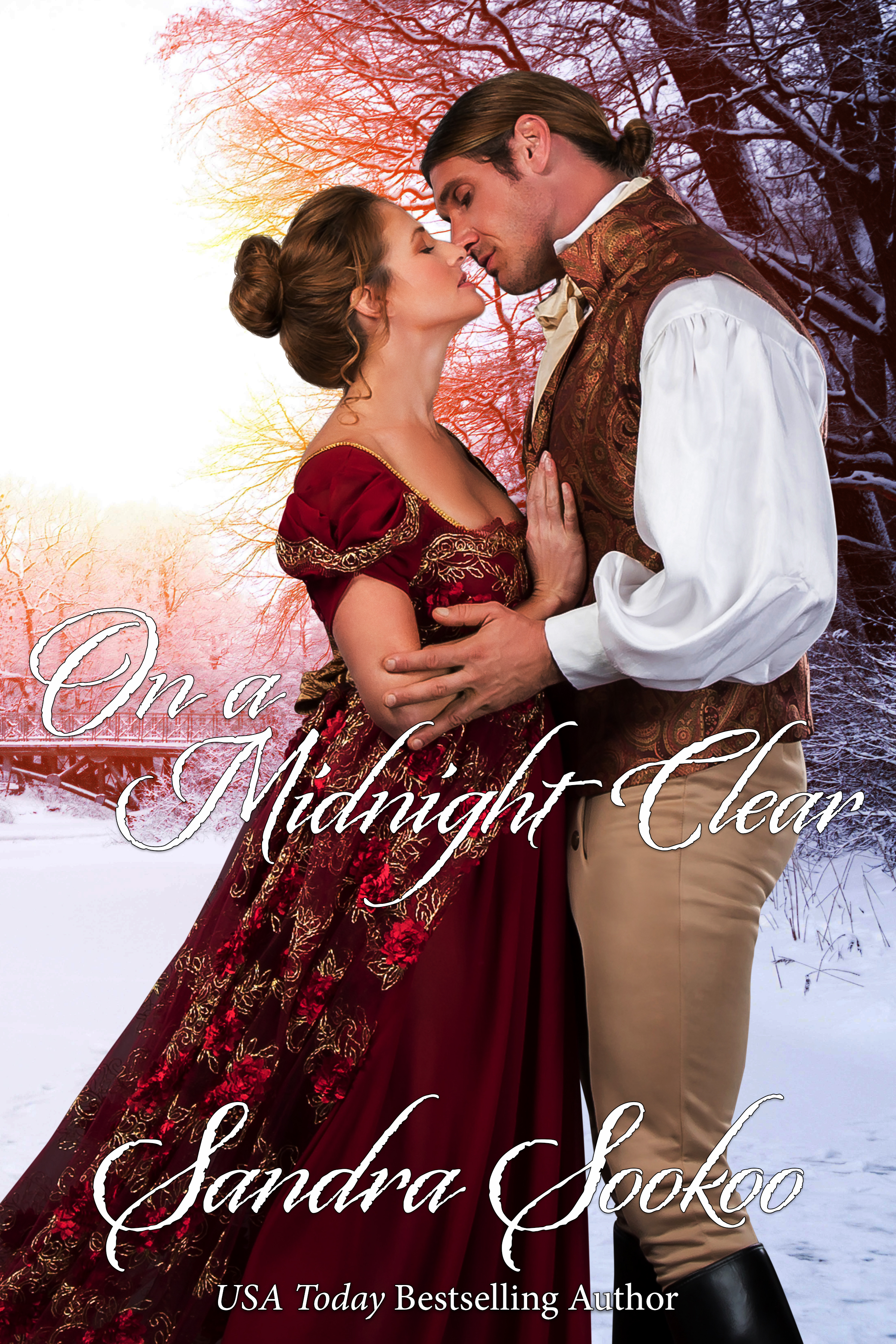 Major Cecil Stapleton is struggling with his new life as a civilian after nearly twenty years in the military. Wounds received in the Battle of Toulouse left him angry, disfigured, and sent him home to England. All he wants now is to retire to the country and be left alone, especially since it’s the Christmastide season. Finding his old lover in his cottage leaves him at sixes and sevens… and perhaps wanting more.

Widow Sarah Presley has worked hard to conceal her existence in the Buckinghamshire countryside. She’s looking forward to giving her seven-year-old son a special holiday, but that idyllic intention is shattered when a knock upon her door reveals the man she’d shared a night of exquisite passion with eight years ago—her son’s father… and the man she never forgot.

With no other choice, a tentative peace is struck, but memories intrude, as do new and confusing feelings, for their future is just as entwined. When a dangerous secret from Sarah’s past comes back to haunt her, the dynamic with her and Cecil shifts once again. For the love of their son, as well as the sweet romance brewing between them, they’ll need to work together to survive… and a Christmas miracle wouldn’t hurt either.


It did very well when it released last holiday season. Got up to #11 on the Regency bestseller chart at Amazon.


Every thought in her head fled. She pushed Simon behind her as Cecil came to a halt not two feet in front of her. His worn greatcoat flapped in the chilly breeze that had kicked up with his arrival. A tattered beaver felt top hat sat on his sandy-blond hair with all the military precision she remembered. A veriest hint of Bay rum and lime tickled her nose, and an equally tiny flutter began low in her belly. Oh, how she remembered that scent. Hadn’t she kept the handkerchief he’d given her that night merely to take it out and smell it over the years? To remember those fleeting, heady hours when her body had pressed so intimately against his? By now, that scent—his scent—had faded, but catching it again brought her back to their indiscretion and the perfect moments they’d shared.

He’s here, in the flesh. The rapid tick of her heartbeat throbbed in her fingertips. Panic knocked beneath her ribs, threatening to squeeze any remaining breath from her. What would he do? What would she? She couldn’t think, could barely form words with her thoughts as she stared.

Not having the answers, Olivia cleared her throat. “Whatever are you doing here?” she finally managed to ask, and the sound wasn’t as strong as she would have liked.

“What am I doing here, at my cottage?” The rumble of his baritone sent gooseflesh sailing over her skin, and she pulled a wool shawl of black-dyed wool more tightly about her chest. His eyes flashed blue fire and his gloved fingers clenched over the plain brass head of his cane. “I, madam, have come home. More to the point, why are you here?”

Why indeed? She peered at him stupidly as if she’d suddenly gone deaf and mute.