Oh, What a Wedding Night by Cheryl Bolen

Mistaken identities abound when bride-on-the-run is rescued by man she thinks a handsome man of ill-gotten gains. 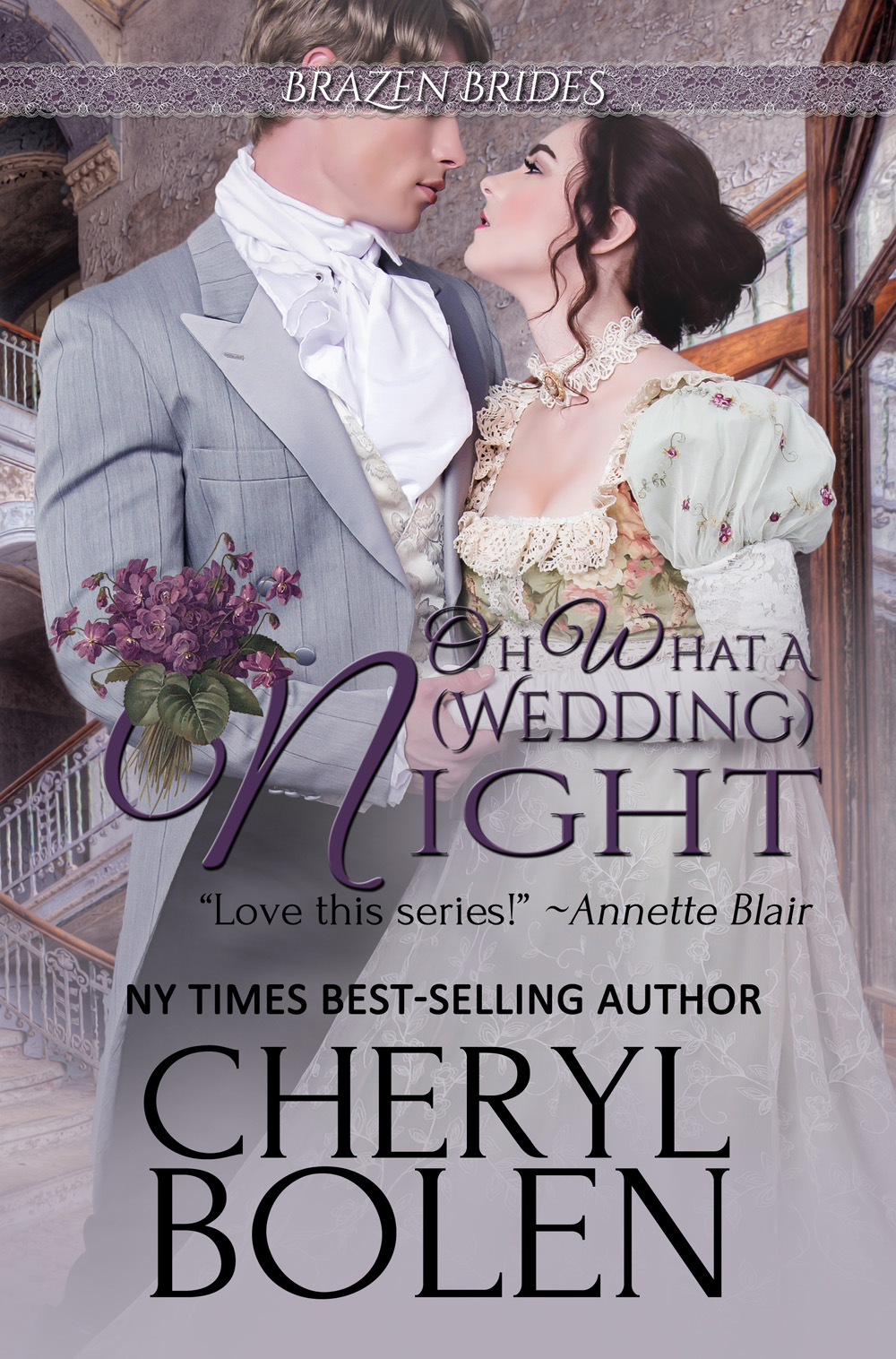 Bride-on-the-run, Lady Sophia, is rescued by the exceedingly handsome William Birmingham who thinks she’s a woman named Isadore, and though he’s the richest man in England, she mistakes him for a common (but well-to-do) criminal. Since she’d rather be dead than wed to her bridegroom, Sophia pretends to be Isadore and take her chances with the provocative Mr. Birmingham. But how could she have known that her ruse would bring the gallant Mr. Birmingham into such peril from the wicked man she married? And how could she have known her enigmatic rescuer would ignite passions she’d never known she possessed?


I have been a bestseller around the world and have hit the major lists in the U.S. Most of my books have been in the top 100 of the Amazon store in historical romance.


“I’d rather be dead than wed.” Lady Sophia glanced down at the solid earth some forty feet below and was sickeningly aware of how close she was to fulfilling her statement. She prayed the ledge upon which she stood would not give way.

Depend on her pragmatic maid to take things so utterly literally. “Wed, but not bed—and I believe that is a vastly important distinction.”

Flattening herself against the wall, Lady Sophia inched toward the corner of the building.

“I’m shaking so hard I fear I’ll tumble to me death,” Dottie said. “Ye know how fearful I am of heights.”

“No one held a pistol to your head and forced you to come out that window with me.” Why must she always speak so flippantly in grave situations? Seriously, Sophia wouldn’t at all like to see her trusted servant splattered on the gravel simply because she herself had made the dreadful mistake of marrying Lord Finkel that very afternoon.

“I’ve been with ye since the day ye was born, and I’ll not leave ye now. Besides, I didn’t want to be around when yer bridegroom discovers ye’ve fled. The servants say Lord Finkel has a fierce temper.”