No Strings Attached by Kristen Strassel

Leah should've known better than to think there would be no strings attached when she hired a male escort--after all, he's a professional. 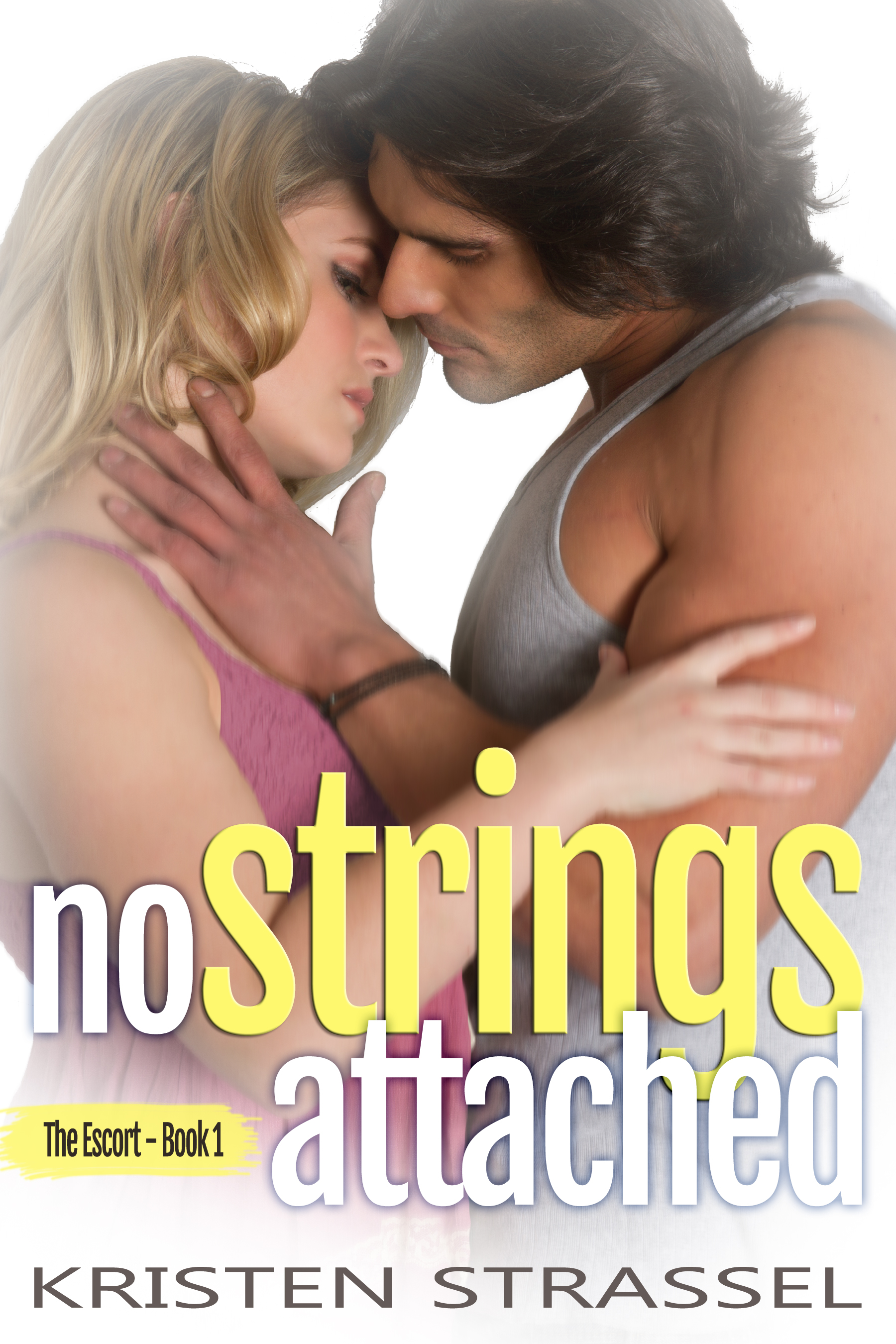 Leah Godfrey has almost everything she could ask for—
She’s got an interior design business with an A-list clientele, a weekly spot on a national morning TV show, and a great daughter—but she doesn’t have a date for her twentieth high school reunion. It wouldn’t be a big deal, but her ex-husband was her high school sweetheart, and now he’s married to the slut Leah caught him with in bed. She won’t let the biggest failure of her life overshadow her success.
When her best friend suggests she hire a date, Leah thinks the idea is scandalous. But for one weekend, she wants to forget her mistakes and pretend she has everything her ex took away from her.
Jagger Holiday makes women’s fantasies come true—
But working as a male escort leaves him feeling empty. He turns to photography to fill the void. When Jagger gets a call from a lonely single mom who needs the same thing he does, he wants more. He wants her.
Leah and Jagger have no problem convincing everyone at the reunion they’re together. She should’ve known better than to think there’d be no strings attached.
After all, he’s a professional.


“Have You Ever Been In Love?” Leah rolled over, her gaze raking over my body. Studying me, but no judgment.

“No.” The word left a metallic aftertaste on my tongue.

“It’s okay.” She bit her lip. “Apparently neither have I. I thought I was, but to be actually in love, someone has to be there with you, down in the trenches, giving it as good as they get it. I’ve never had that.”

I pulled her bottom lip away from her teeth gently. Leah held her breath, waiting for my next move. Smoothing away the hair that fell in her face, I leaned in and kissed her. Leah’s lips were soft, sweet, and addicting. When she asked me why I broke my rule for her, it was because I needed to kiss her as badly as she needed to be kissed. I’d known it right away. I wanted absolutely all of her, and I was willing to do everything it took to get it.

“I love it when you kiss me.” She sighed against my cheek. “You do it without any ulterior motives. You just want to kiss.”

“Kissing is more intimate than sex, for me at least.” Leah nestled against my body and I had to catch my breath. “It’s pretty easy to get someone off.”

Leah laughed softly. “Not for everyone.”

“If you know what you’re doing.” I brushed against the bare skin at the small of her back. She was on fire. “But with kissing, you’re totally stripped down, breathing with someone else. It’s the most primal, intimate thing you can do with someone. It’s an unspoken language; the purest expression of actual affection for another person. You can’t fake that connection. Souls don’t lie to one another.”

“Kiss me again,” she whispered.