Nicu - The Littlest Vampire: In 'Dead Again' by Elias Zapple 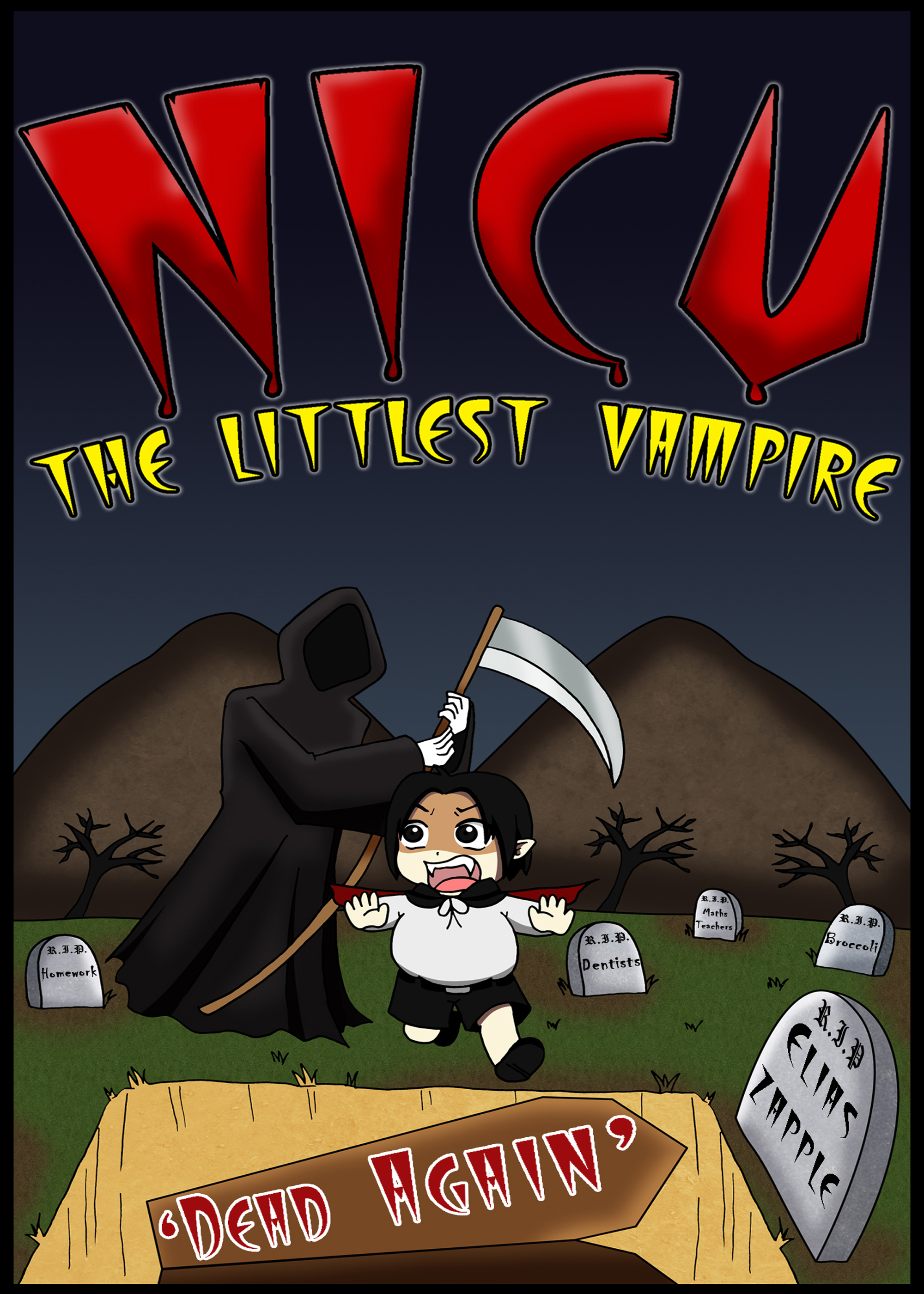 All is not well in Transylvania. Following a mysterious death, Nicu's family call in famed vampire detective Vamlock to investigate. Nicu must then stop a possible all out war between vampires and humans, as well as come to terms with the death itself. Poor Nicu.


Not accepting any more offers to translate. Thank you.


Just outside the medieval village of Biertan, in a valley of the Carpathian Mountains in Romania, was a forest filled with leafy tree after leafy tree. A freshwater river ran through it and the moon high above was shining down providing enough light for Florin, Felix and Nicu to play ‘chase the squirrel’. The game involved trying to chase a red squirrel and the winner that caught the bushy tailed squirrel would get to drink its blood like it was a carton of apple juice. Apple juice that was red. And a little thick.

Florin was more than back to his normal self, in fact he was about three times as big as what was typical for a ten year-old boy vampire and running around after an acrobatic squirrel was taking its toll. He was drenched in sweat and lumbered around as if his shoes were made of very heavy metal. “I can’t run anymore. Just gimme it when you catch him, Felix.”