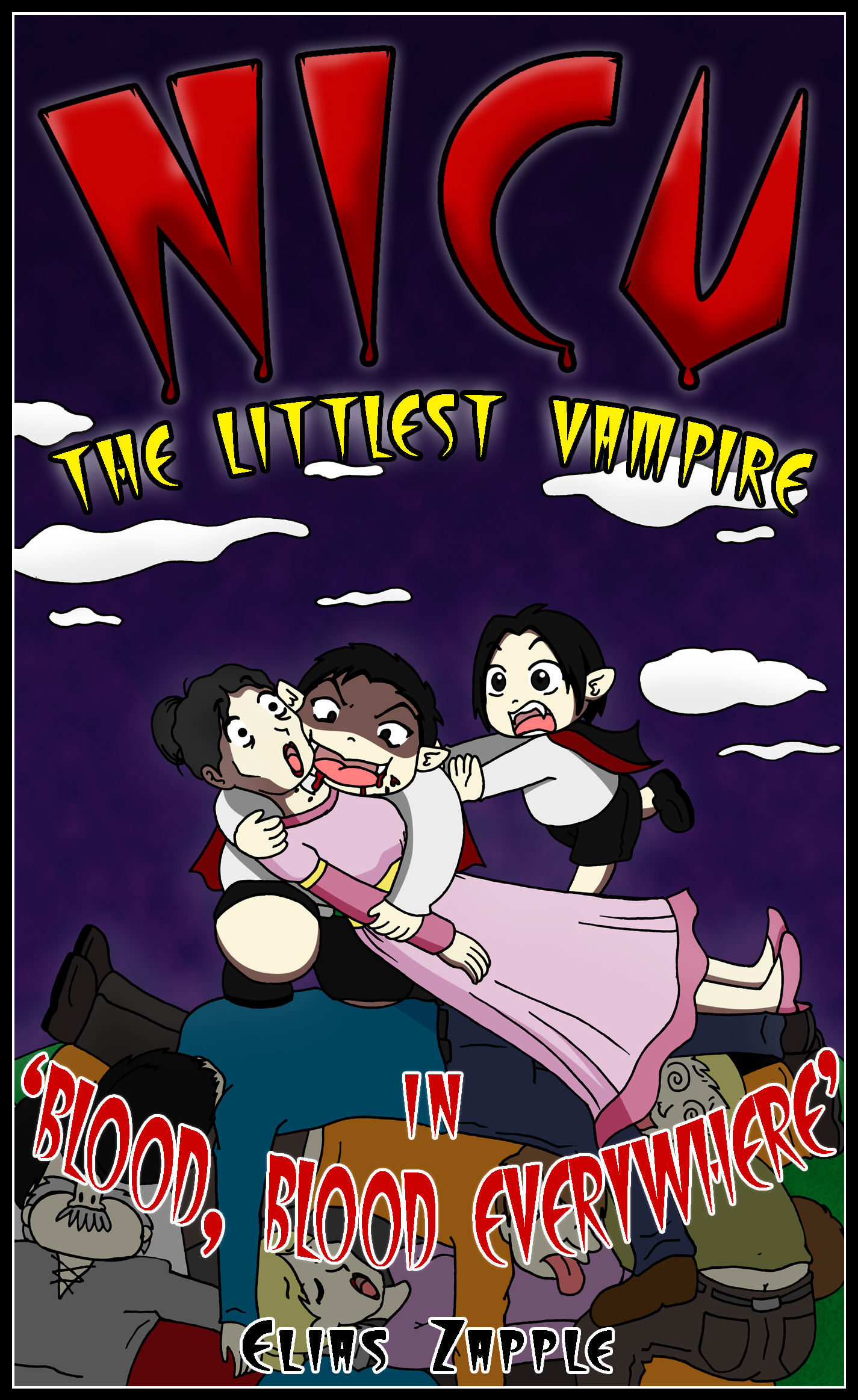 Nine year-old Florin is a thirsty vampire. The reason? Most of his blood has been sucked out by his friend, Nicu. Florin rampages through the town of Biertan, drinking as much blood as he can. Soon everyone in Biertan is low on blood, and seeking revenge on all vampires. Nicu faces a big challenge. Keeping Florin in check and stopping the angry townspeople from killing vampires.


NOT ACCEPTING ANYMORE OFFERS OF TRANSLATION. THANKS.

There was a cool, crisp breeze in the night air, owls hooted, doors creaked and stars shone. Three blood-thirsty child vampires flew into the Romanian town of Biertan, or as vampires called it Cină, (which if you had read book one you’d know meant ‘dinner’). Nicu, Florin and Felix were these vampires (though at this moment they were bats), and each was very hungry as it was vampire lunchtime. The Biertan town clock struck 1 a.m.

Nicu (who normally turned into a sparrow rather than a bat) was the smallest of these three - probably due to a lack of real human blood during his formative years. He’d only just stopped drinking cow’s blood, which was the alternative to the more nutritious human blood. If he’d had no blood at all then he’d have turned into a vegetarian cat, and being a vegetarian cat in the Carpathian Mountains was not a good career choice. Flying with Nicu were Florin and Felix. Florin was the tubby one, having regained most of the body weight taken from him when Nicu had finally gotten his fangs and decided to drink most of his blood. The other bat was Felix, a goofy vampire that had been dropped on his head numerous times – and that was just that evening.