Nicu - The Littlest Vampire: In 'Big Fangs' by Elias Zapple 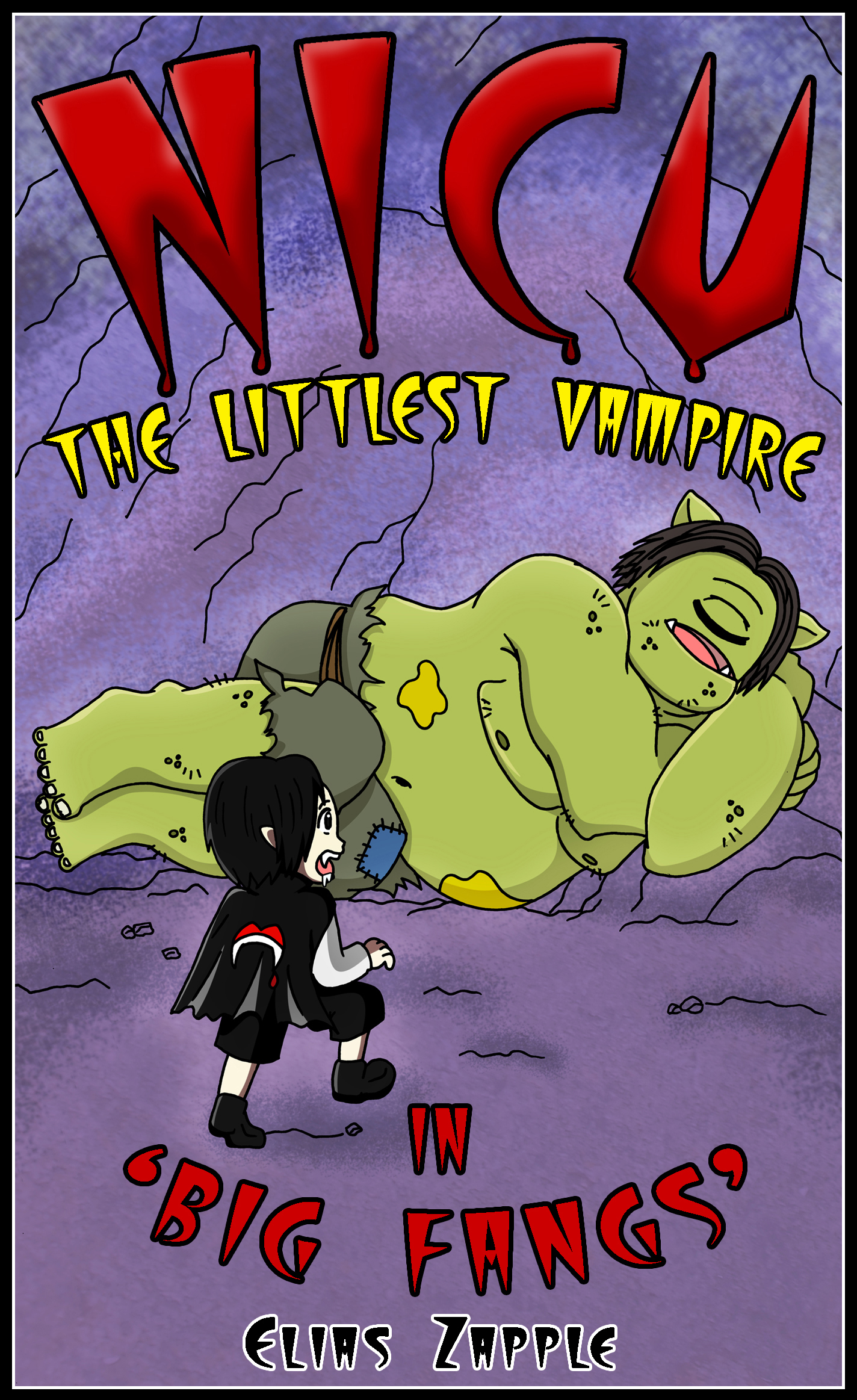 Brave little Nicu, a 9 year-old vampire, has finally gotten his fangs! Sweet! The bad news is that his mean and spiteful elder brother Adam has convinced Nicu that his new fangs are way too small. To get fangs as big as Adam's, Nicu must drink the blood of a humongous and scary ogre with really tough, hard to puncture skin. Oh, and the ogre just hates vampires!


NOT ACCEPTING ANYMORE OFFERS OF TRANSLATION. THANKS.

Nicu stood in the lounge of his crooked haunted house, where cobwebs drooped in each corner and lit candles hung on the walls. Dust covered the worn furniture – dust so thick it would’ve been hazardous to any human being. Nicu looked in the mirror but didn’t admire himself. Of course there was no reflection, as Nicu’s a vampire and vampires have no reflections. Instead, Nicu imagined how he looked, and in particular his brand new set of fangs. He felt his fangs with his stubby thumb a smile growing upon his face like an elastic band being stretched in a smiley-like way.

Before he had gotten his fangs, Nicu had been a rather poor 9 year-old vampire, as not only had he been fangless but he was short, much shorter than most 9 year-olds as a matter of fact, and as podgy as a mini version of Father Christmas. However, now that he had his fangs he was only podgy and short, one less thing to have to deal with. He still dressed in shorts, a white shirt and a black cape with his family’s insignia on it, as was the custom for child vampires.