My Twin Sister And Me by Emiliya Ahmadova

This book not only introduces children to Scouting, but also teaches them values, morals, and faith. My Twin Sister and Me shows how to manage anger, face one's fears, the importance of self-respect, and how to deal with bullying. Above all, it helps kids 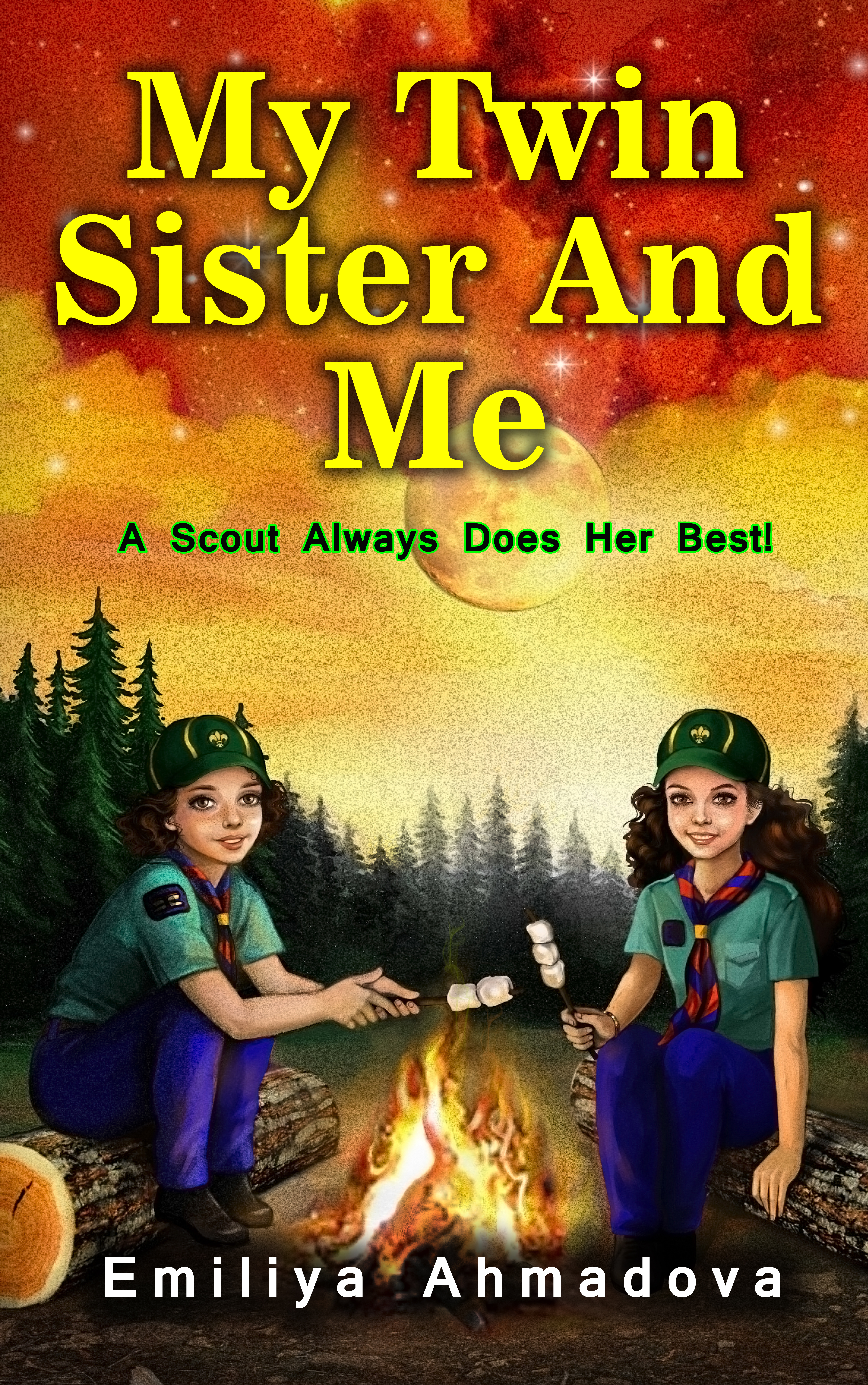 Glue on the windowsill and toothpaste in the shoes. Who did the deed?
Twelve-year-old Cub Scout twins Julieta and Rafaela have to deal with their older sister’s ugly tricks, which get them into trouble.

At school, Julieta is being mocked for the freckles on her face and her crooked teeth. Forgetting her own plight, however, she stands up to a bully, Claudius, in order to protect her friend Montano from being persecuted. Out of kindness she agrees to go to the movie with Montano. Due to situations beyond her control, it ends up being an embarrassment in more ways than one. However, once again, she stands up for Montano.

Another time, their Uncle David surprises the family by flying from his home in the US to Caracas for a visit. His visit causes worry; something is wrong. Julieta faces her fears in order to save her ill uncle in the middle of the night. After saving him, she becomes a hero in the uncle's eyes.

The Scouts plan to attend a Jamboree in Russia, and the girls get caught up in the planning and carrying out of various schemes to pay for the adventure.

This book not only introduces children to Scouting, but also teaches them values, morals, and faith. My Twin Sister and Me shows how to manage anger, face one's fears, the importance of self-respect, and how to deal with bullying. Above all, it helps kids learn how to show kindness to others.
Oh--and very importantly: how to have fun.


My book was published a few days ago.Therefore do not have huge sales as yet.


Mom said that my twin sister Rafaela and I came into this world unexpectedly.

My parents had met on the beach while Dad was tossing a small ball to his two-year-old daughter Karla. His girlfriend had moved to the United States, leaving him alone with a young child on his hands.

While my mother had been lying in the sand sunning herself, Karla had thrown her ball onto my mother’s back—on purpose or accidentally, Karla never would say. Mom got up and looked around, and saw a short man of average build running toward her, with a little blond girl lagging behind him. He apologized for the disturbance, then chatted with her a bit. Only later did he ask her on a date.

Almost like a fairy tale, a year later they got engaged and traveled to Tobago to celebrate the engagement. They left little Karla behind with our rambunctious granny, Mariana. They spent a grand holiday enjoying lovely beaches, crab and dumplings, shark and bake, jazz music, and the warm sand on Pigeon Point.

Four months after holidaying in Tobago, my parents got the shocking news of an unexpected pregnancy and married without delay.

During the seventh month of gestation, my parents got another surprise. They found out that they would be having twins.

Upon hearing the news, poor Dad dropped onto his knees in shock. Mom lay motionless for a moment, unable to move from the news. They already had Karla, and having twins would put pressure on Dad’s small earnings from working as a mere manual laborer.

After the initial stage of shock, they spent a week on the Internet searching for ideal names for each of us. Dad came across many appropriate ones, but finally chose Julieta for me because it meant honest and courageous, and Rafaela for my sister, with its meaning of “God has healed.”