My Secret Sex Life in Japan: A True Story by Neel Wain

A diary of a sex life in Japan 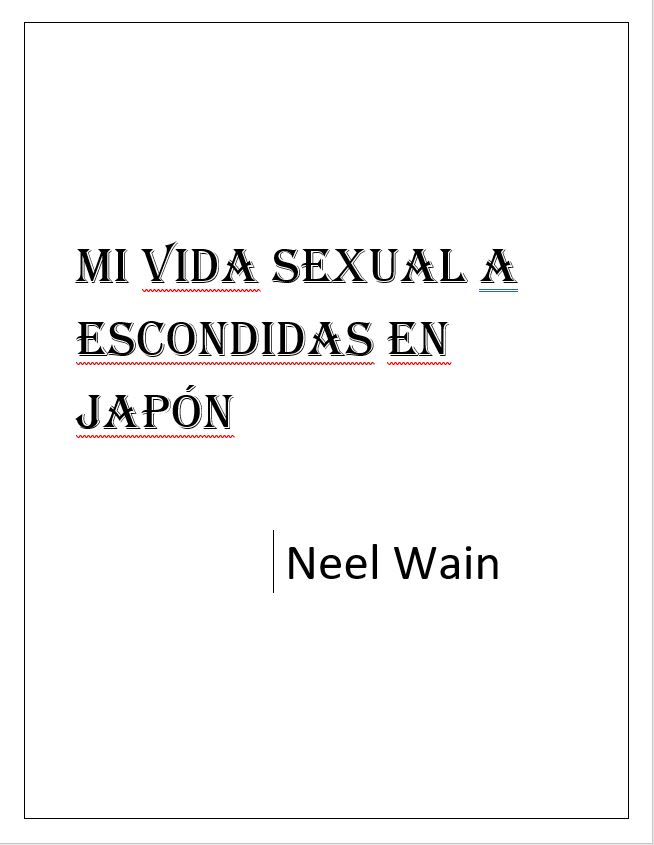 A true previously unpublished story of sex in Japan. It was written by a guy who went to Japan after school and lived there for twenty years, up until about thirteen years ago. It is a factual non-fiction story of his sexual adventures during those years. Positively fascinating and insightful.


I have consistently sold a few copies a week for several years and am wondering if it might sell a lot if translated into Japanese, as the setting was in Japan. It isn't a long story, so could be done quickly.


Every weekend she would come to my apartment, and I was hard as soon as I opened the door. I mean I was ready for insertion, as my pants hit the floor. We always did it as soon as she arrived, and continued doing it until around midnight. The first time we would fuck, I would say we fucked for about an hour before I squirted. Generally, we would have unprotected sex until well into a session, at which time I would put on a condom. We often had oral sex first, but often I was so hot that the first time I would insert, sometimes even before she was fully lubricated. It would hurt her for a moment, but she was a screamer, and I mean she could be loud at times. Later on in the relationship, I had moved to a condominium, and she was a great advertisement to the neighbors. A married woman next door was standing outside as another lady (I think she had heard 'A' and I having sex on the previous weekend.) left.