My Lord Protector by Cheryl Bolen

To reveal her mysterious past—even to Devere, the man she’s falling in love with—could mean death to Caroline. 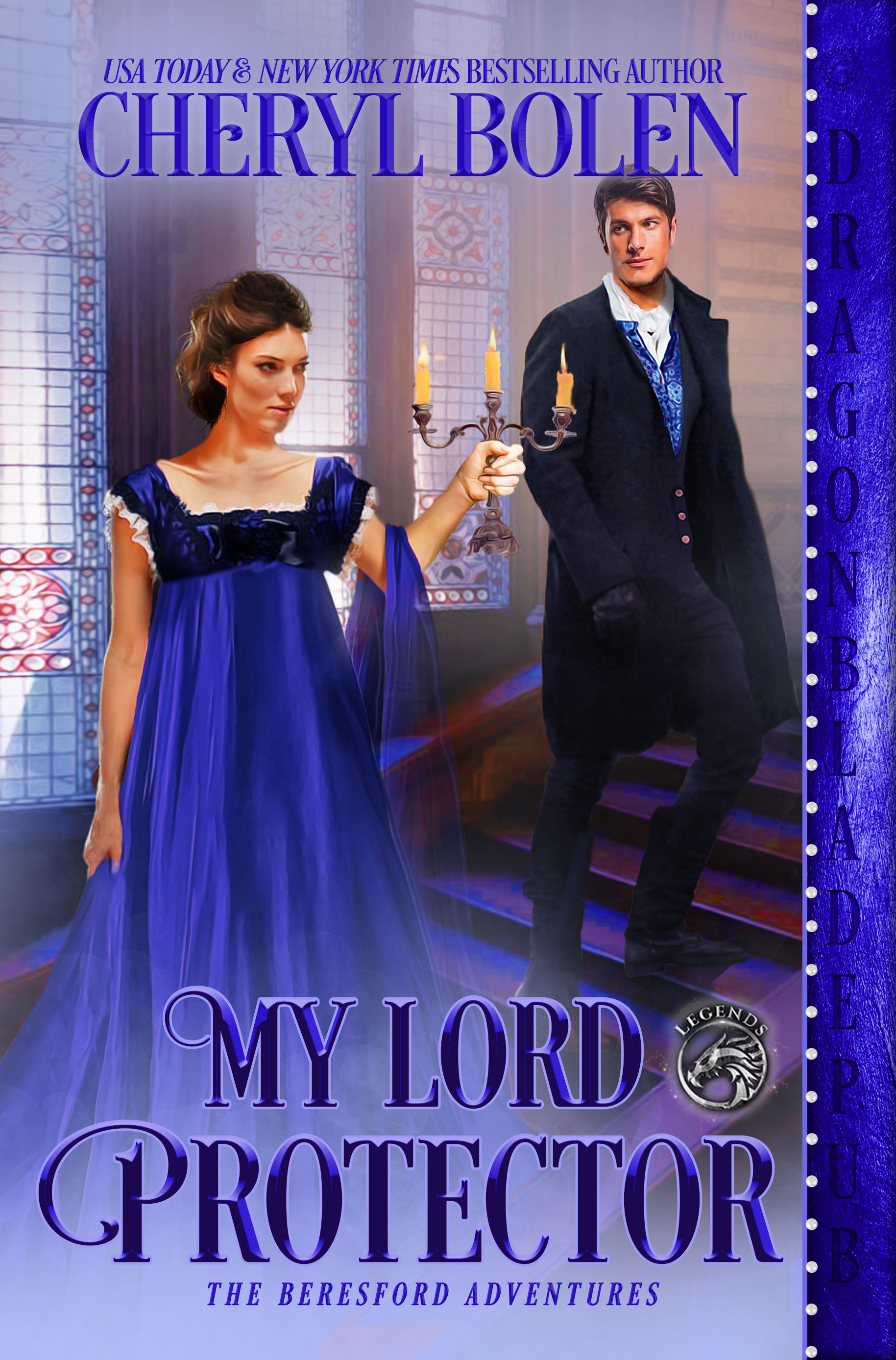 London’s most sought-after bachelor, the Earl of Devere, has never met the woman with whom he wants to be shackled, but he becomes obsessed with his sister’s companion, the quiet Caroline Rutherford, a woman of mystery.

To reveal her mysterious past—even to Devere, the man she’s falling in love with—could mean death to Caroline.


Cheryl Bolen has been an Amazon All Star and a New York Times bestseller andmultiple  USA Today bestseller.


A distant whimper awakened Charlotte Robinson. Her lids flew open. She’d left her window open to enjoy the balmy sea air on this warm summer night. As dark as it was, she knew morning was still hours away.

It was a wonder she’d heard anything over the roar of the waves crashing to shore at the bottom of the cliffs just beyond the walls of Heathergate.

The alarming sound couldn’t have come from Mrs. Wyndham. Her bedchamber was in the east wing. Not once in the year that Charlotte had resided in Heathergate’s west wing had she been able to hear any sounds emanating from Mrs. Wyndham’s chambers.

Then she heard it once again, only fainter this time.

She bolted up, cocking her heard eastward. No one else was at Heathergate tonight. Mrs. Wyndham had insisted all the servants except Charlotte leave. One of Mrs. Wyndham’s mysterious callers was to come tonight.

Charlotte got up, threw on a wrapper, and shoved her feet into satin slippers. Even if Mrs. Wyndham had told her to stay in her chambers, Charlotte was possessed of an unshakable feeling that her employer was in danger.