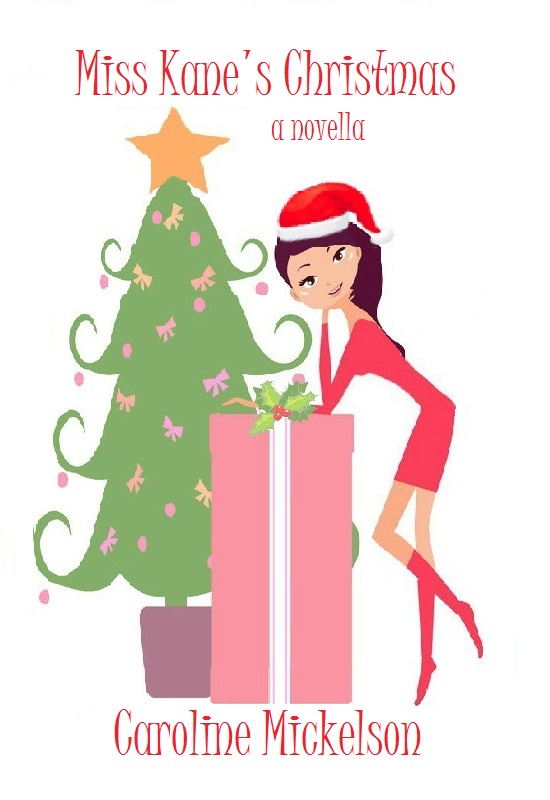 With Christmas only three days away, Carol Claus agrees to her father's request that she leave the North Pole on a mission to help save Christmas. Joining single father Ben Hanson and his children for the holidays seems an easy enough task until Santa informs her that Ben is the man behind the disturbing new book 'Beyond Bah Humbug: Why Lying to Your Children about Santa Claus is a Bad Idea'.

Posing as Miss Kane, the children's new nanny, Carol pulls out all the stops to show Ben how fun Christmas can be, all the while struggling to understand how one man could hate the holidays so much. How could she, Santa's only daughter, be so attracted to a man who refuses to believe her father exists?


Miss Kane's Christmas is a romantic comedy novella that was first released in October of 2012. It is available in English in ebook, print, and audio book formats. Despite having a holiday theme, I see sales every month, with the bulk of sales between September and February. It currently has 53 reviews on Amazon, 33 that are five star reviews and 15 that are four star reviews.


“I cannot believe you’ve banished me from the North Pole.” Carol Claus glanced across the sleigh at her father. “What have I done?”

“Don’t be so melodramatic, my dear.” Santa smiled at his daughter. He hopped down from the driver’s seat and motioned for Carol to join him. When she did, he put his arm around her shoulders and gave her an affectionate hug. He gestured across the moonlit neighborhood of Indian Village. “This is a beautiful place for you to spend your first Christmas away from home.”

Carol looked down on the snow covered street. Each two story home in the cul-de-sac was bedecked with strings of colored lights, nativity scenes, plastic gift wrapped lawn ornaments, and pine wreaths on the front doors. The seventh home just under their feet was the exception to the neighborhood’s festive spirit. A white clapboard colonial with black shutters, it gave no indication that its owners knew Christmas was only three days away.

She fixed a pleading expression on her father but, while his blue eyes sparkled with his love for her, he showed no sign of going back on his decision that she spend her first Christmas with a family of his choosing. It was a Claus family tradition, and Carol, as the youngest child, was over-due for her turn. Still, she made one last ditch effort to change his mind. “You’ve said yourself that no one excels at elf management like I do.”