Youthful Emma Hastings, arriving in London for a grand adventure, is forced to carry her worldly goods—at night, in the rain in the hopes of finding her uncle but instead finds her uncle’s neighbor, a very handsome, very rich and very drunk Andrew Birming 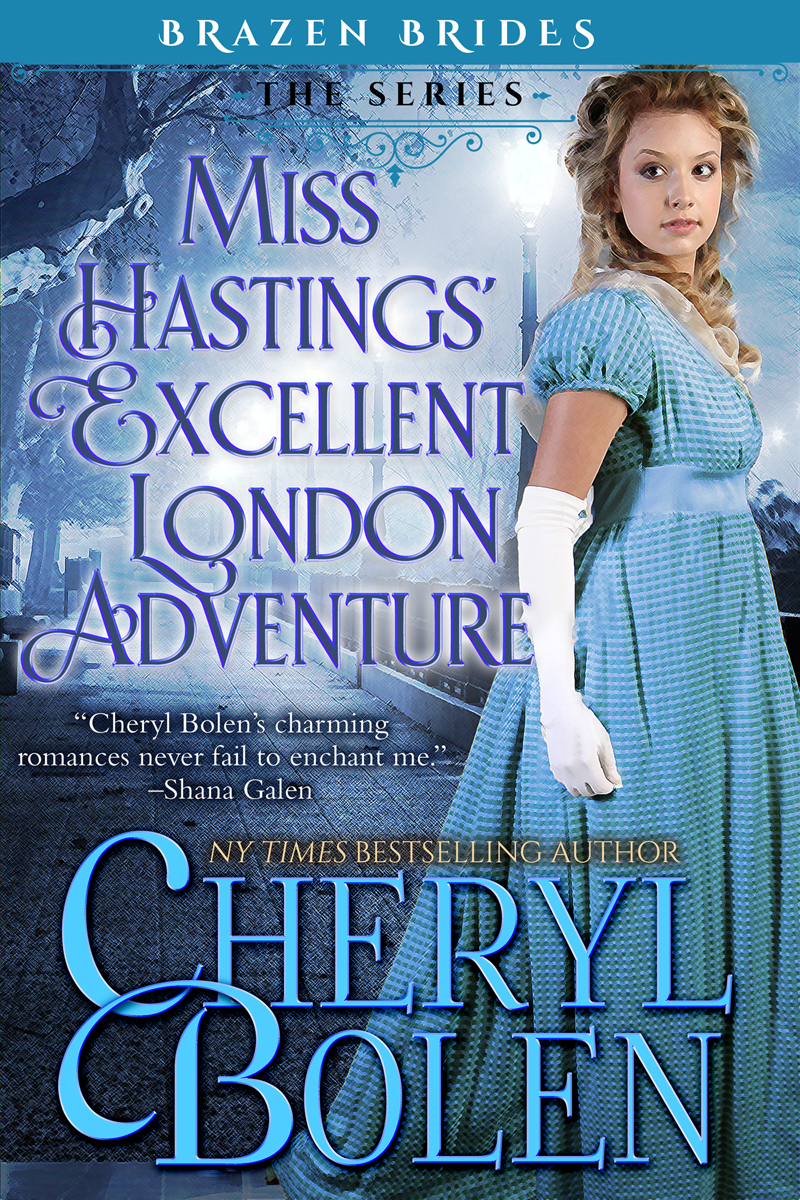 Having never left Upper Barrington in her twenty years, orphan Miss Emma Hastings is overjoyed when the uncle she's never met invites her to come live with him in London. Everything about living in the Capital lures her. She doesn't even mind sharing her seat in the mail coach with a gargantuan man whose belly rests on his lap. Even when her uncle fails to meet her at the posting inn in London, she's too exhilarated over the city's sights and sounds to be worried. After many hours pass and her uncle does not collect her, she determines to lug her trunk behind her as she struggles through London's streets at night to find her uncle's home.

Spurned by his mistress and vowing to never love again, Adam Birmingham, whose family is the richest in Britain, decides to get very drunk. As he's staggering home, he takes pity on a very small young lady who's lugging a very large trunk behind her. In the rain. Her destination is the home of his next-door neighbor, but no one answers the bell. Adam is compelled to ask the young woman to spend the night at his home. Promptly after showing her the chamber in which she'll sleep, Adam passes out on her chaise. It's not until the following morning he remembers that the lady's uncle has died.

When Adam learns that Emma cannot return to Upper Barrington and that she has nowhere to go, he offers marriage to the hysterical lady. His heart is so shattered, he will never love again. Why not make this helpless orphan happy? Soon after they wed, they become convinced that someone has forged her uncle's will--and likely murdered her uncle. Their resolve to bring the murderer to justice jeopardizes Emma's life. Knowing she's in danger brings out Adam's protective instincts--and something far deeper, something he'd thought to never feel again. . .


I have been an Amazon All star, though most of my books are widely available. My books have appeared on the New York Times and USA Today Bestseller lists during my 25-year publishing career.


A lady does not enter a tavern. If Aunt Harriett could see her niece now, she would surely perish of apoplexy. For Miss Emma Hastings not only was the sole lady--indeed, the only female--at The George tavern, but she had also committed the most deplorable breach of decorum imaginable. She had no chaperon.