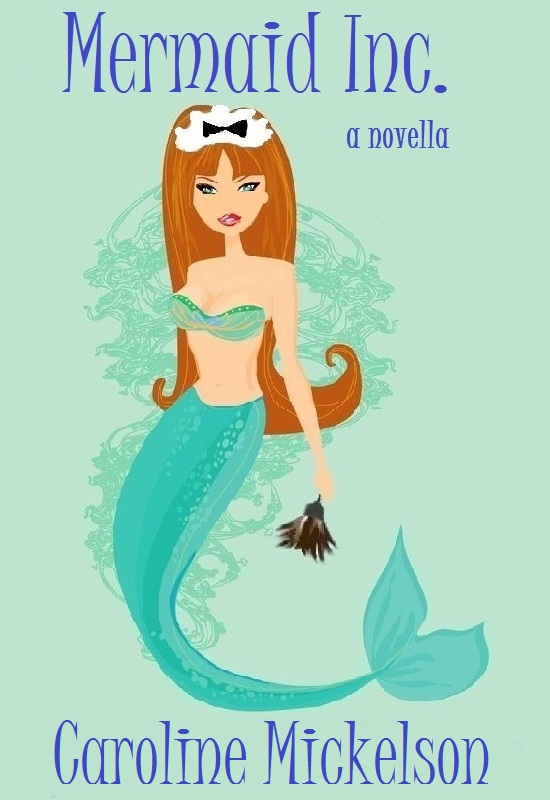 Adamantly opposed to commercial whaling, Miranda happily trades her fin for human legs when she’s given the opportunity to work as a maid for a man in charge of public relations for a large Japanese whaling firm. Miranda soon finds out that she loves pedicures, favors bikinis over clamshells, and that she’s a natural disaster when it comes to human housework. There’s so much about the human world she doesn’t understand. Why does Justin Lockheed, her handsome boss, make her heart race and her knees weak? And just what is she supposed to do when it comes time to choose between advancing her cause and destroying his career?


Mermaid Inc. is a light hearted, fun romantic comedy about a mermaid who trades her legs so that she can experience life among humans. It is a 30,000 word novella that was first published in April of 2014. It is currently available in ebook form, and will soon be available in audiobook and print formats as well.


The late morning sun sparkled over the coastal waters of southern California, its bright rays gave the water’s surface a glittery diamond cut appearance. Sea gulls soared in the clear blue sky, their calls to each other a melodic accompaniment to the gentle lapping of the surf against land. Appreciating a rare moment of inactivity, Miranda floated on her back, her reddish gold hair spread around her. The warm sun felt luxurious against her skin. She pulled her clam shells just a bit lower so that the sun could bronze her alabaster skin.

Occasionally her fin flicked just above the surface. If going to live on land was anything as relaxing as this, she was bound to enjoy her time there. After, of course, she accomplished her mission.

Miranda glanced back up at the sun. Judging by its position in the sky, she should get back down below the surface so she could attend her last debriefing before she traded her fin for a set of legs. Legs! The very idea sent a wave of excitement through her, right down to the tip of her tail. From the time she’d first seen humans dancing on the deck of a cruise ship, she’d wanted to know what it would be like to have two stilt-like appendages instead of a tail. Now she was going to find out. But first things first, she needed to get a pair.

She dove down under the surface and swam directly to her uncle’s sea cave. Instinct told her that she’d best bid farewell to her uncle before she went to get her legs. While Uncle Seamus, her dearest and only living relative, reluctantly supported her above-the-surface mission in principle, she loved him too much to force him to see her with legs. As tough as the old merman was, Miranda knew he’d shed major scales at the sight of her with toes.