Nymphs in peril, obsessive gods, females who literally cannot admit when they're wrong, and unruly satyrs. Just another typical day for Hermes. 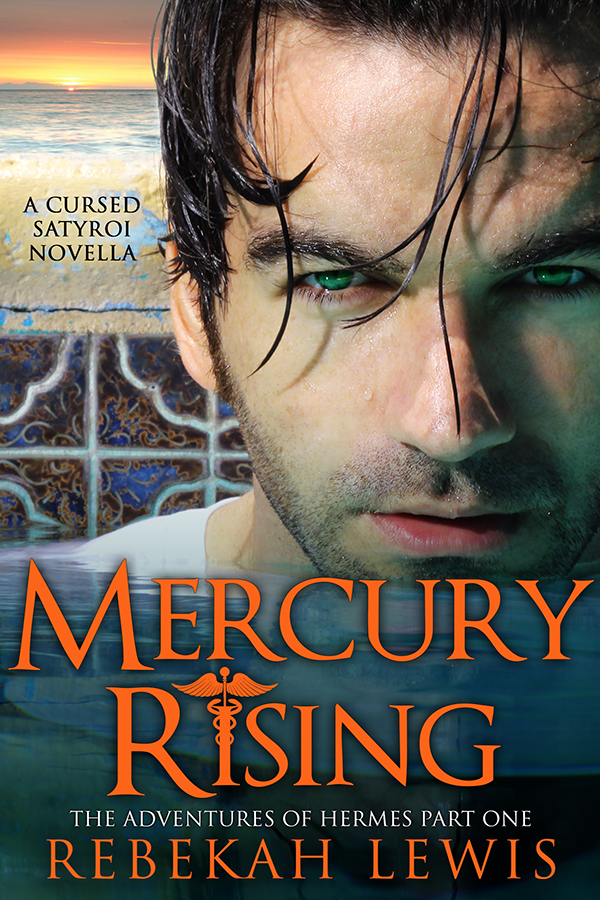 Nymphs in peril, obsessive gods, females who literally cannot admit when they're wrong, and unruly satyrs. Just another typical day for Hermes.

When Zeus refuses to demand Apollo release Daphne from captivity in Olympus, the only option left is for Hermes to free the nymph himself. A simple task for a god with his skillset, but risking the wrath of Apollo never went well for anyone.

However, imprisoned nymphs aren't distraction enough when a former flame crashes back into Hermes' life. It's been a long time since he laid eyes on Hybris, and the timing couldn't be worse. As the goddess of hubris, she has many quirks—such as being incapable of apologizing. And no matter how much she tries to assure him she can be trusted, the memory of her betrayal remains.

As they formulate a plan to rescue Daphne, Hermes soon suspects no threat is greater than the tribulations of the heart.


Contains a sneak peek at Satyr from the Shadows!

“I don’t have time for this, Hy. I have things to do. Important things.” A promise made to a satyr, one Hermes intended to keep. A damsel in distress. Heroics and all.

Hybris yawned. “Yeah. I see. Meandering around California and swimming at the beach is a matter of life or death.”

Shaking his head, he opened the glass door into the house. He attempted to shut it behind him, but she shoved past. Hermes made an extensive effort not to notice she still smelled like pomegranates.

“Well, I was waiting for Zeus to summon me before you showed up with your judgy…judginess.” He closed the door and turned back to find her relaxing on his couch, despite her soaking wet clothing. Rude.

She studied her nails. “And did he?”

“Then you aren’t doing anything important.” Her gaze flicked down to his groin. “Yet.” Standing, Hybris advanced toward him.

“No. Oh, no, no, no. No.” Hermes rocketed away and hovered out of her immediate reach. “We are so not going there again. Not this time. Not this day. Not happening.” Was she for real? After all she’d done, she wanted sex from him?

Unsure if his ego or her influence on his personal hubris affected him, a warm smugness took hold. He’d always been cocky, but she could bring it out to the maximum.

“And why not? I’m a beautiful woman, you desire me, and you have an open schedule. Take off your pants and pleasure me.”

Collection/Series:
The Adventures of Hermes