A Spirit Guide, A Ghost Tiger and One Crazy Mother!

Megan the psychic teenager becomes a teenager and grows up a little more! 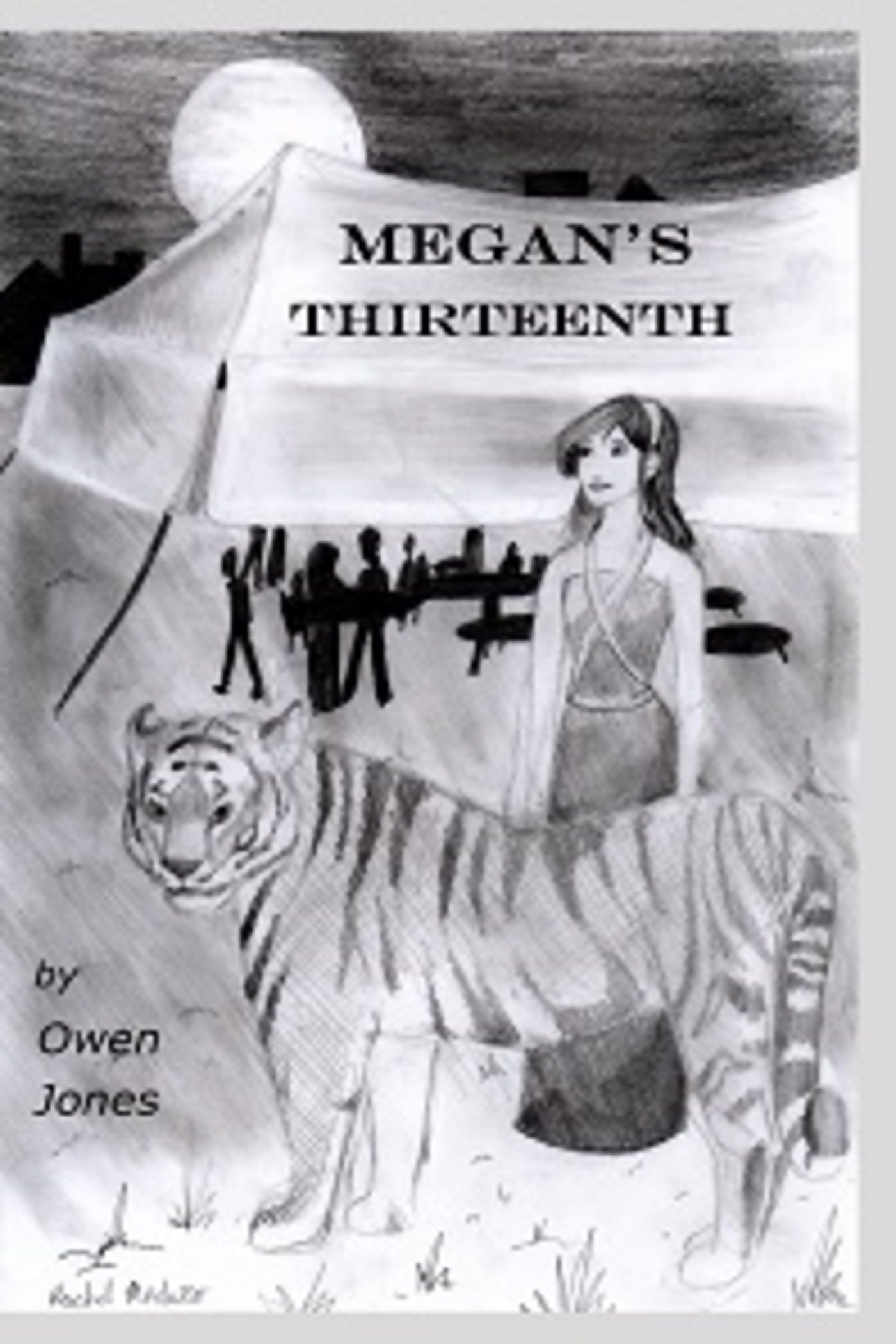 Megan is a young girl with supernatural, psychic powers. Her problem is that she doesn't understand them or how to use them.

She tried asking her mother, but she only punished her. The only person willing to help was a Native American Sioux and he was dead, not that that put Megan off.

Megan's parents take her shopping, where there is an incident, which Megan helps to put right. She is thanked by the police and the ambulance staff.

It is the first time that she uses her powers for anything useful.

Later, in the afternoon, there is a family party in a marquee, but it is the evening with her friends that she is really looking forward to.

She meets a boy there and gets her first kiss from a non-relative.

In this edition, she grows up a bit faster than anyone had expected!


This is part of a 23-part series which sells well.

The original intention was to write.sell one volume a month, but I think many buyers purchase individual copies out of order.

If I could work out how to serialise this series properly it would be much, much better.

Megan’s mother, Suzanne, had been a different woman since the last time she had locked Megan in the coal cellar six months ago. She knew that Megan could still tell her father about it at any time, but as time receded from that awful day, it was becoming less and less likely that she would do so. Megan had let her off the hook and she knew that she owed her something for that. Megan had also more or less stopped talking about her supernatural, psychic powers too, at least in front of her mother.

From Megan's point of view, she finally had her mother as an ally again, as she always should have been, in their unspoken mother-daughter pact. Megan had been aware that, in the beginning, her mother had been worried that she would use the incident to blackmail her for favours. She knew that that was what her own mother was thinking about her and it hurt her. However, when it didn't happen, she had begun to warm to her young daughter again.

Slowly at first, but with gradual, definite progress all the same.

Both Megan and her mother were well aware of this ‘Entente Cordiale’, but it was Megan who fostered it rather than her mother. Megan thought that she was behaving particularly filial.