Megan faces a little bullying at school for a problem that she has... 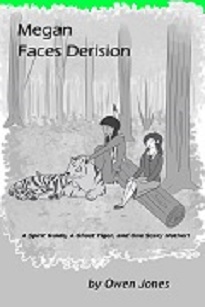 In this episode, Megan receives mild, but irritating bullying at school because of the mistakes she makes at reading. Her parents are not sure of the cause of the problem, but it could be dyslexia.

Megan overcomes the bullying in her own unique way with a little amusing help from her father.


Sales are dependent on the popularity of the series.

They are OK in my language, but I don'y know about in yours.

Megan had always liked school in the way that people do who are good at it, but she had also found it preferable to being at home alone with her mother in the early days. Her mother’s attitude towards her had improved immensely over the previous twelve months, but she still enjoyed going to school, just not quite as much as before.

Feyton, the town in which she lived, was of medium size, about fifty thousand inhabitants, and had five junior schools scattered around it, so when she was in junior school until the age of eleven, she had known everyone in her class for five years. They were the closest people she had to brothers and sisters.

However, at the age of eleven, all the pupils from the five junior schools sent all their eleven-year-olds to the one huge secondary school. There they were streamed, so Megan ended up in a class with children that she had never met before. She had been put into class 1:3, which meant that she was in the third brightest class in the first year. Only one other of her former classmates had gone in there with her, but the other twenty-eight were total strangers, although she could still meet her old friends at break and lunch times.

The placing into classes had been based on the simple tests that each pupil had sat in junior school, but the re-streaming at the end of each year in secondary school was more scientific and Megan had been moved to form 2:2. Again, there was only one of her old friends there, and now, at age thirteen, she was in 3:1 and there was no-one there from her old junior school.