Megan and the Burglar by Owen Jones

Megan solves a series of local burglaries in her own unique way. 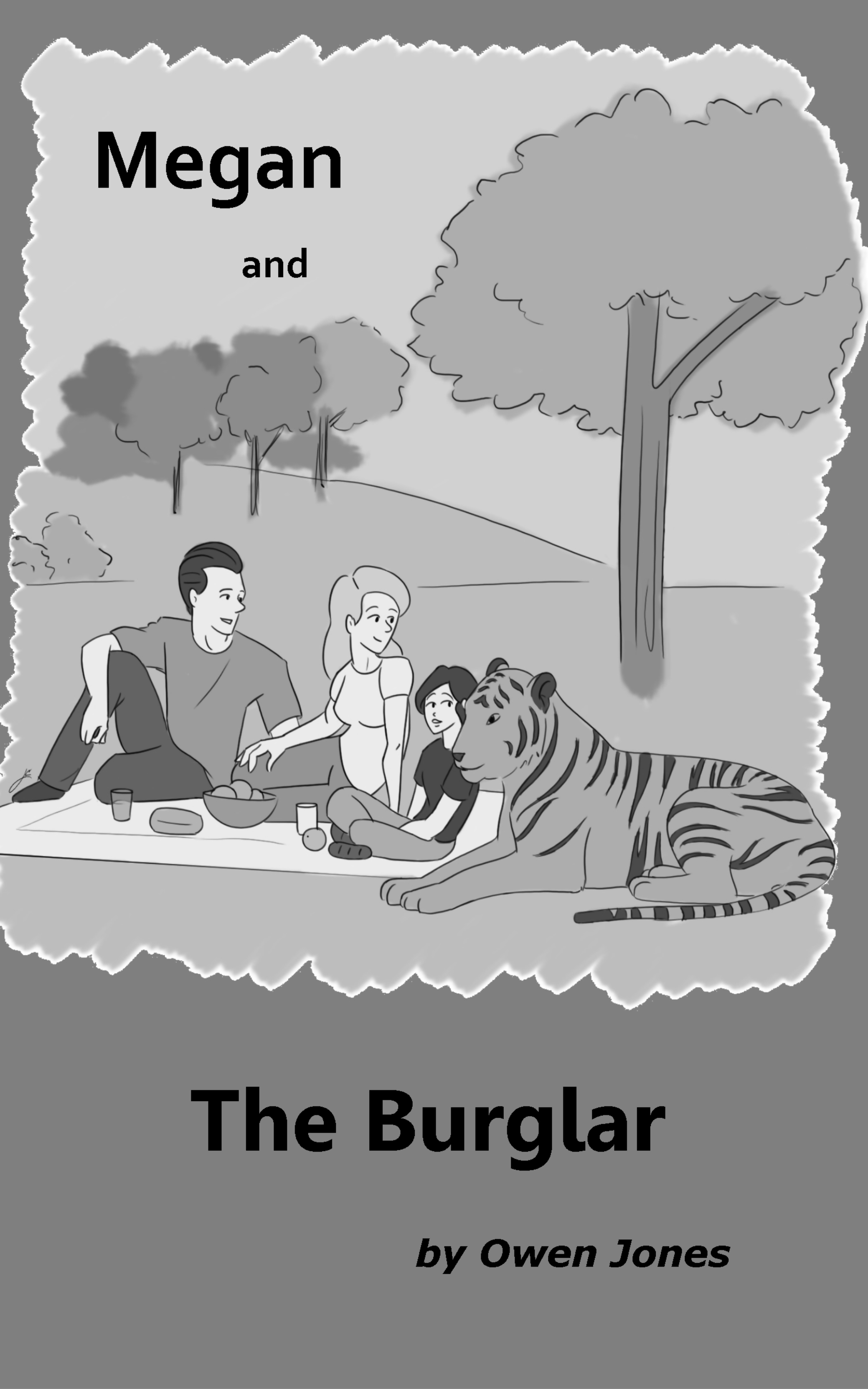 This book is about the incident when Megan’s house is burgled and her mother's jewellery stolen. Megan is in a quandary when she discovers the thief's identity.

So, she seeks advice from her friends.


I have a very strong online presence.

One Friday night, while sitting in front of the television watching a late-night horror movie, as they often did, Megan’s father, Robert had an idea.

“What do you say we pack up everything tomorrow, food, blankets, kitchen sink, and go to the woods for the day?”

Megan and her mother, Suzanne, looked at each other with the same expression they might have used if a dog had just spoken to them in English.

“We need more notice than that, Robert!”

“For a start, I’ll have to get up early and make up a hamper, but tomorrow is the day we stock up on food – the cupboard is bare. If you had suggested it yesterday, I could have got something in.”

“And I have to go to Swimming Club and work for Mrs. Williams every Saturday morning too. It’s too late to cancel at midnight the day before, isn’t it?”

“Yes, all right then. Point, er, points taken… How about Sunday then?”

“Sure, we’ll get all we need tomorrow and do the thing properly.”

“Yes, please, Daddy! I haven’t been to the woods for ages. Which one are you thinking of? Mill Wood?”

“No, I thought we could take a drive out to Arthur’s Forest. It’s not so far and if we start early enough, say seven or eight, we can be there by ten or eleven. It’ll be a nice family outing for us. We haven’t had one for a while, have we?”

“I can’t remember the last time except for our holiday in France… maybe when Nain and Taid came down for the weekend and we went to the beach, but that was only local anyway.”