Me & My Gorilla by Jamie Lake

He definitely has no idea he's about to encounter a shifter gorilla that might make his stay a lot more worthwhile. 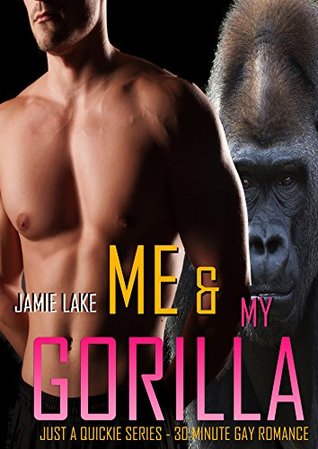 When his plane crashes in the middle of the West African jungle he has no idea how he'll survive, nor if he will ever be rescued. And he definitely has no idea he's about to encounter a shifter gorilla that might make his stay a lot more worthwhile.


The last thing I remember thinking before the plane went down was I hadn’t even met the love of my life yet. I was too young to die I thought as the plane spun out of control. I gripped the armrest, my fingers digging into the thick leather. The deafening screams of the other passengers were almost too much to bear. This was supposed to be the trip of a lifetime. We had been just off the coast of West Africa but the storm had come out of nowhere and though our pilot had assured us he knew of a private airstrip somewhere, it became apparent soon enough that we weren’t going to make it.

There was so much I had wanted to do by the age of thirty but I wasn’t going to make it. I just stared out the window, flashes of lightning illuminating the night sky and said a little prayer before something bumped us and I was out cold.