Magdalene is a madam with a dark past. Tommy is the hitman who loves her. 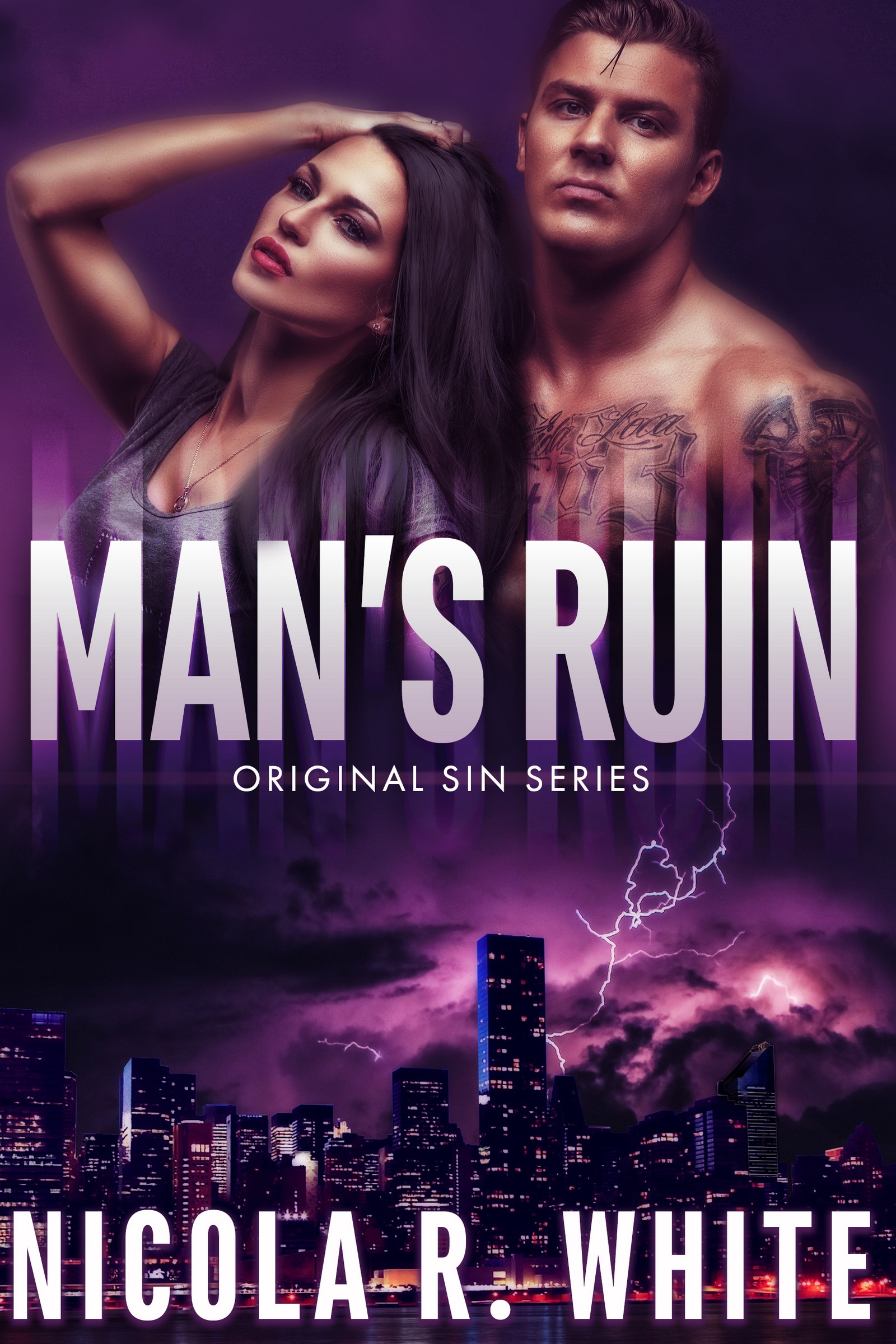 Magdalene is a mob-connected madam. Tommy Flynn is the hitman who loves her. And when they’re framed for the murder of a rival crime boss’s favorite son, Magdalene fears the sins of her past have come back to haunt her. After spending half a lifetime in a seamy underworld where love is for sale and men worship at the altar of sex and greed, claiming sanctuary in a cathedral is the last thing she wants to do – and the only chance she has to find out who set her up.

With all clues pointing to Magdalene’s ex-lover, a working girl called Lola, the legendary madam is reluctant to trust Tommy, a smooth-talking hired gun, and risk being burned again. But as time grows short and secrets are revealed, Magdalene will have to look into the dark places inside herself if she is to catch a killer and survive with body and soul intact.

In the corrupt city of Crawley, Massachusetts, passion, crime and religion collide in this steamy, neo-noir romantic thriller.


Man's Ruin currently has 16 ratings on Amazon (US) with a 4.5 star rating out of 5. As a first book in this series with more to follow, Man's Ruin has dropped on category lists, although sales receive a solid boost whenever I run advertisements for the book. There will be more books in the series and my prior experience with other series confirms that visibility and rankings for the whole series improves with each new release.

Amazon rankings for July 2017 (no ads being run)


Every saint has a past, and every sinner has a future.

I'm in bed with Lola when the call comes in. Her dusky, dark pink nipples beg me to ignore the rude interruption of the phone, and I let it ring for a second while I look down to appreciate the smooth brown clay of my skin against the ruddy peach of hers. If there's anything prettier than the two of us, naked women wearing nothing but candlelight and each other—I haven't seen it.

The phone keeps shrilling on the side table at my elbow, and Lola pouts at me in that way she has.

"Joder," I curse in the Spanish of my childhood as I pick up the phone. I smack her lightly on the ass so she knows not to go anywhere. In my line of work, you don't ignore phone calls in the middle of the night.

"What?" I say into Lola's vintage, rotary phone as I raise the receiver to my ear. It looks as expensive as she does—and I know exactly how much she costs. I look back over my shoulder and she leans on her elbows, arching her back so her breasts are pouting at me now, too. My own nipples tighten in response.

"Magdalene," says the voice on the other end of the line. "It's me." I don't need to ask who me is. Tommy Flynn needs no introduction.

"We've got a problem," he says in his Boston Irish accent. That's when I know that whatever it is, it's bad. His accent only comes out this strong when he's under pressure.