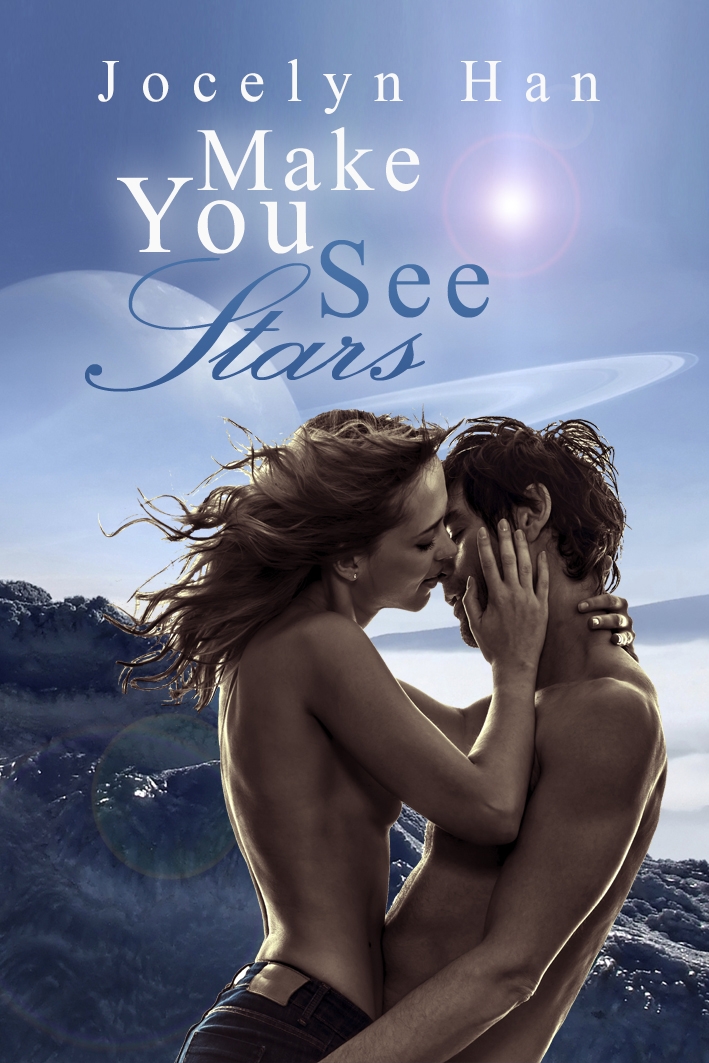 Determined to have a life of her own, Victoria Weiss flees the safe haven of New Berlin on the planet Mars by accepting an internship on the most remote space station in the solar system. Being the daughter of the Great German ambassador isn’t all glitter and glamour, and Tori needs a fresh start away from her overbearing parents.
But running away from your past isn’t easy when you’ve hidden away the darkest parts. Tori hasn’t trusted men ever since a sexual encounter that left her soul scarred, and when the station’s Chief of Security shows an interest in her, she feels torn between running away from him and allowing herself to open up to new possibilities.

The last thing Alen Novak expects is to lose his head over an Elite girl. But when Tori Weiss walks into his life, he can’t help but feel she’s different from the Great German leaders who effectively destroyed his Croatian homeland during the Great Wars in Europe. Even though he is the station’s Security Chief, Alen doesn’t command the respect of all his colleagues because of his prison past – and he’s afraid Tori will dismiss him for it right out of the gate. After all, he’s been hurt by a woman he loved before.

Fanning the flames of passion…

There’s no way to avoid working together, though, and the two are irresistibly drawn to each other. Will Tori and Alen learn how to face their darkest fears, or will the past nip their passionate love in the bud?

A sweet, steamy romance for lovers of New Adult with a hint of Futuristic.

This book is currently being translated into Greek.


At that moment, the doors swished open and Alen Novak stepped into the meeting room. The bottom dropped out of Tori’s stomach. She hadn’t expected him here – which was stupid, actually, given the fact he was a senior officer and the Head of Security.

“Nice shirt." He pointed at her David Bowie shirt.

“Thanks. Liking this better than my fancy-shmancy clothes?” she couldn’t help sniding.

Alen was silent for a moment, then raised an eyebrow. “Right. It’s cute that you’re trying to give off this I-don’t-want-to-be-rich vibe, really.”

Tori took a deep breath. “I’m not trying to do anything. Except demonstrating my taste in music.”

“Who exactly do you mean? Aladdin Sane, Ziggy Stardust or the Thin White Duke?”

Alen blinked. For just a split second, she seemed to have surprised him. “You do know his music,” he conceded.

“Yeah, I do. Want me to come over to your place and sing you a few Bowie songs to prove it?”

Slowly, he cracked the same lazy, lopsided smile that had made her realize how sexy he was yesterday. “You want to sing for me? Well, I don’t know what my wife would think of that.”

She froze. He was married?

“I’m not,” she replied as contemptuous as she could.

He smiled down at her. “Talk to you later, Tori,” he said before strolling off to the table.