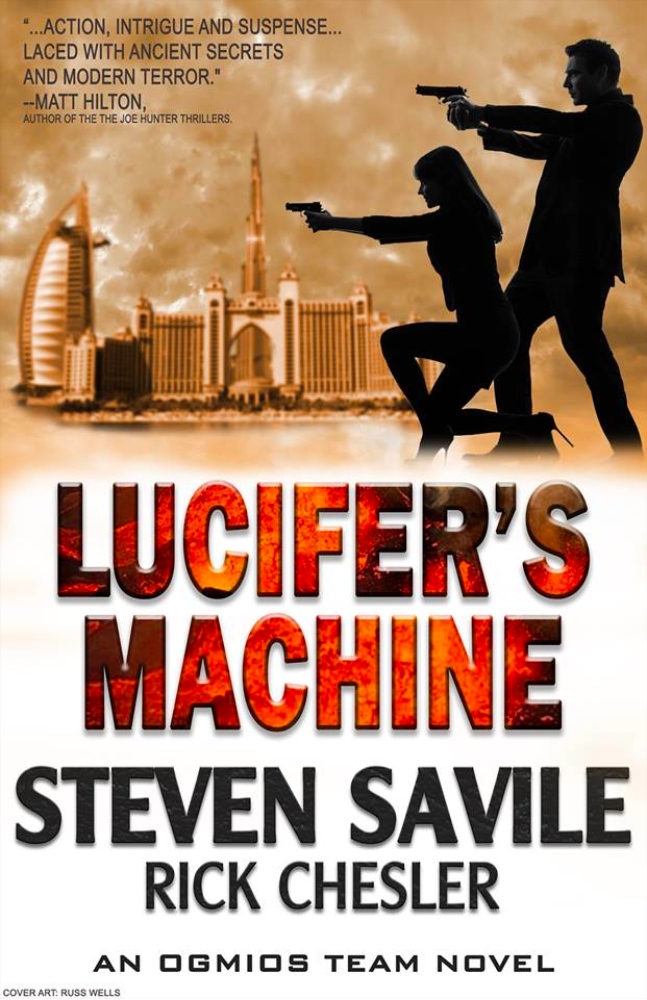 During the basking summer heat a university-based archaeology team uncovers an ancient box bearing the image of Baphomet. They are on a remote French island with strong links to the Knights Templar story. The image of Baphomet itself goes a long way to proving those links as far as the team lead by Dr Kytain are concerned, especially as the Templar were accused of devil worship during their trails. Could this box-a crude yet sophisticated machine centuries ahead of its time-be a vital link to discovering the true nature of the knights relationship to the horned devil?

Before they are able to decipher the box’s secrets the entire team are butchered horrifically, and all indications are that an extremist group, Al Aler’eyh, are behind the slaughter. A second linked murder in the hallowed halls of Cambridge University tips off Control to the threat.

Tasked with finding the Lucifer Machine and putting an end to this particularly fundamentalist wing of the terror organisation, Noah and Orla find themselves in the adult playground of Dubai, fighting for their lives...


This is the fourth book in the internationally bestselling series - the final of the origins books - that sets up events in Silver, which sold 75,000 copies in the UK and US alone, and has been translated by various major publishers in Spain, Germany, France, Poland and Turkey.


The manor house was dubbed Nonesuch, the old man who ruled the roost, Sir Charles Wyndham. While it wasn’t wrong to say that he lived there, merely living was a far cry from what the old man actually did on this sprawling estate. Anyone driving past Nonesuch’s wrought iron gates only ever saw the state of managed disrepair. That was what they were meant to see. The old man had long since learned that it was better if the world underestimated him and the rest of the people around his table.

Sir Charles pressed one of the buttons on his electric wheelchair. It was far more than that, thanks to Jude Lethe. It could tweet his vitals to a remote computer, access the core mainframe of Nonesuch, and god alone knew what else. It couldn’t, alas, fire torpedoes. That would have been fun. But it would never be more than wheelchair to him.

The old man manipulated a joystick to raise his chair a few inches, and then addressed the motley crew he called his team. When he spoke, their attention was undivided.

“Thank you, I know it’s preciously short notice, especially after Rome, but you know the deal, we live to serve.” And that was the truth of it. To be part of this team, nicknamed Ogmios by those who knew what the old Celtic god’s legend meant, was to dedicate your life to preserving the sovereignty of the British Isles. In other words, no sleep if word came down from on high. On high being some mysterious room in Whitehall. And should things turn sour? Mandate 7266, issued by the Secret Service, made it painfully obvious that the men and women of Ogmios did not exist in any official capacity. They were off the books. Deniable ops.