Loving the Biker by Cassie Alexandra 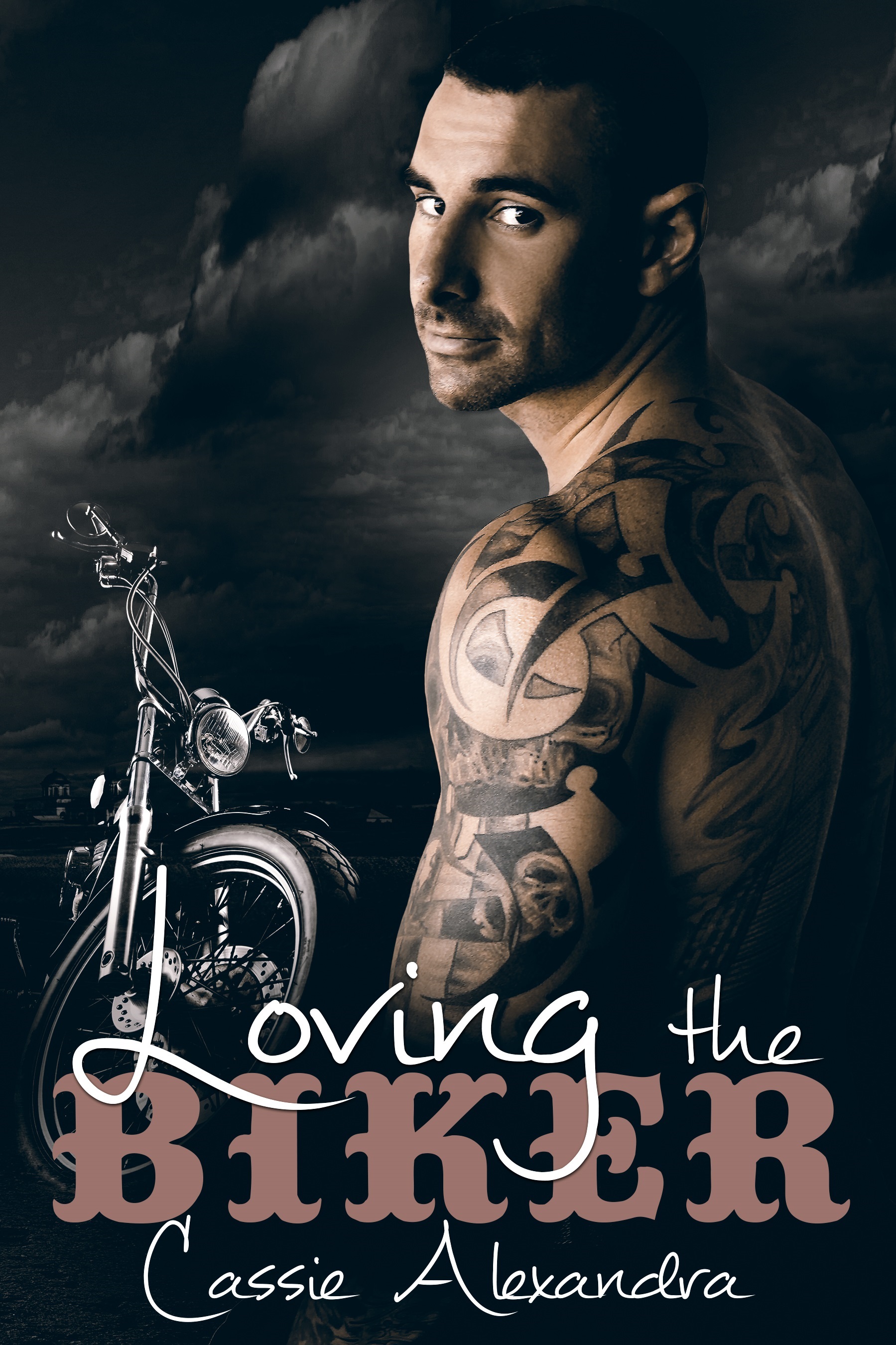 Book Five in The Biker series.

First book in this series, Resisting The Biker, is free.

When Detective Terin O'Brien is assigned to an investigation involving the Gold Vipers, she is blind-sided by the strong attraction she has for their newest member, Cole Davis. Now Terin is caught between wanting Cole behind bars and wanting him as a man, which she knows is wrong, stupid, and above all else... dangerous.

This story contains crude language, sexual situations, and violence. Is not suitable for readers under the age of 18. Please do not buy if any of this offends you. This is a work of fiction and is not meant to be a true depiction of a motorcycle club. It was written for entertainment only.


I'm a USA Today Bestselling Author and this is the series that got me there. Great sales on this series.


I PULLED INTO the gates of the clubhouse and parked my Hog next to Tank’s. He was standing beside it and talking to my sister, Raina, who was now his Old Lady. She smiled at me and I winked back.

“Hey, Prez,” I said, taking off my brain bucket.

“Where’ve you been, Ice?” he asked me, his face stony. He’d given me the road name the week before, saying that I had an ice-cold stare, almost as bad as my sister’s. Of course, Tank could make a grizzly bear shit himself with a single look. He and Raina were definitely made for each other. As petite and vulnerable as she looked, Raina took no B.S. from anyone, including her fiancé.

“I was at the hardware store, picking up a new motor for the garbage disposal,” I said, opening up one of the saddlebags on my bike. I pulled the part out and held it up. “Hopefully this will work.”

I wanted to tell him that he sounded like my fucking ex, Patty. Always questioning and nagging me. But I held my tongue. I was just a prospect and it went with the territory.

“No. Hoss sent me over to his place to pick up his cell phone,” I said, reaching into my jeans pocket. I pulled it out and showed him. “He also wanted me to feed his fish and that crazy fucking dog of his.”

Hoss, the club’s Sergeant-At-Arms, owned a Pitbull and the dog almost ripped off my nuts the moment I’d walked through the front door. When I’d agreed to feed the damn thing, I had no idea he owned a Pit, which I knew were very territorial. Needless to say, the dog made it abundantly clear that I wasn’t wanted, even after I filled his bowl with food and gave him fresh water. I was still a stranger invading his property and he wasn’t one to take a bribe.