In battle, no man was his equal 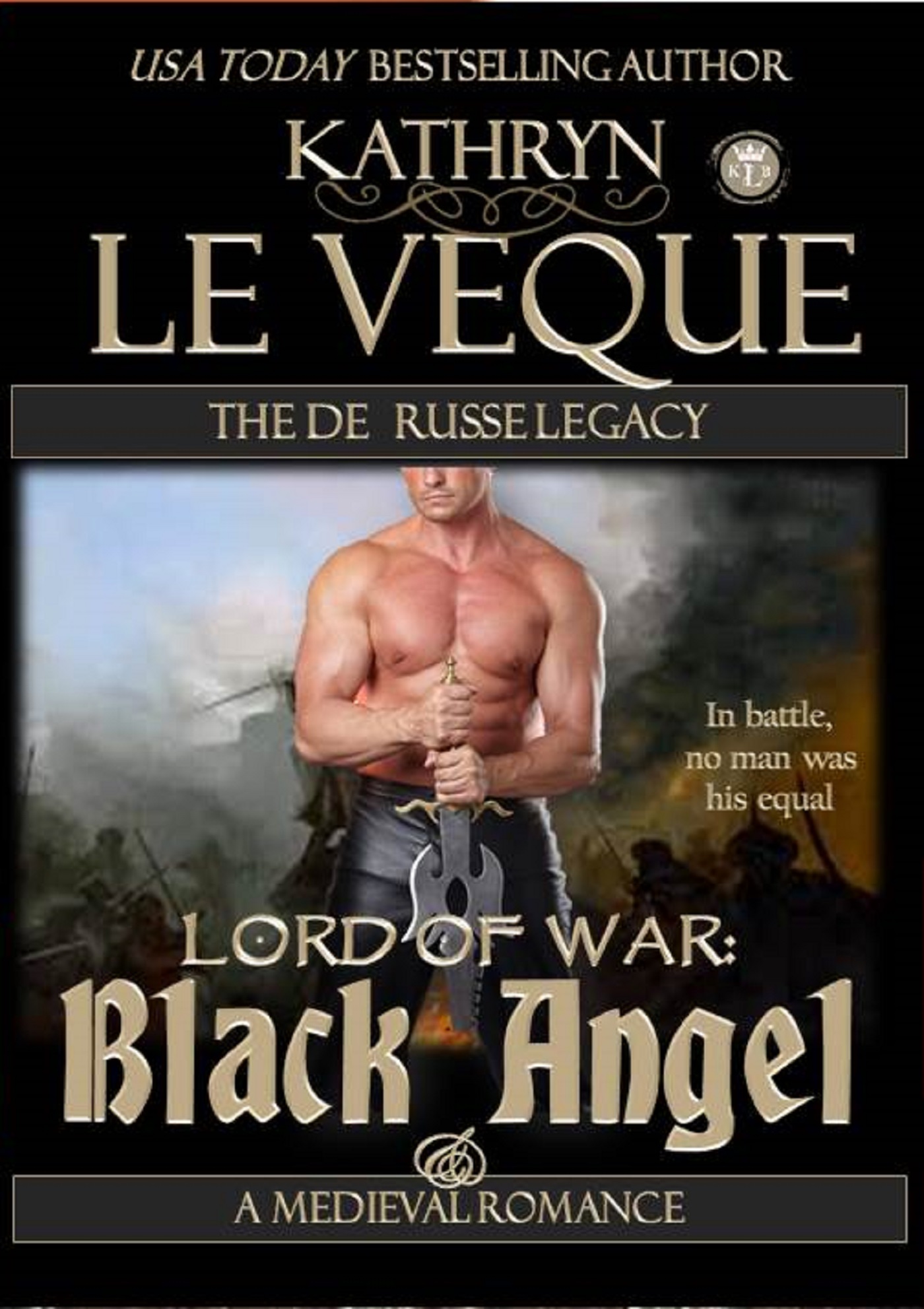 1356 A.D. – It is warring times for England as the Black Prince sweeps his way through France, waging nasty warfare on the population. Masterminding this brutal strategy is the knight they call the Black Angel. Brandt de Russe, Duke of Exeter, is the brains behind the prince’s war machine, a mountain of a man who is as cunning as he is frightening. In battle, no man is his equal.

The Lady Ellowyn de Nerra, granddaughter of the great mercenary Braxton de Nerra, has been sent to London by her crippled father to collect the men he has donated to the Black Prince’s wars in France. De Nerra men are mingled with the Duke of Exeter’s men and Ellowyn is at the dock when the duke disembarks his ships. In her attempt to introduce herself to Brandt and explain her purpose, the duke has little time for the beautiful young woman and mistakes her for a whore. Grossly insulted, Ellowyn threatens the man that all sane men fear.

And so begins the fiery, passionate, and deep love story that transcends families, kings, and two continents, building to the Battle of Poitiers where Brandt is on the front lines. In battle, no man is his equal but even the most powerful of men are prisoners of their own hearts.

Chargers bearing great and bloody knights clip-clopped wearily along the street leading from the great wharf along the Thames followed by equally weary men-at-arms who had seen perhaps one too many battles. They were exhausted, beaten, bloodied and doomed by the depression that often infects those who have witnessed much strife.

They collectively expelled a stench that smelled like death. The Lady Ellowyn de Nerra ignored the stench for the most part as she watched the great army of the Duke of Exeter disembark their sea-scarred cogs. They filtered up from the wharfs along the Thames, a great rolling tide of humanity that brought about the reality and carnage the Black Prince’s war in France had delivered to England.

Ellowyn wasn’t observing the downtrodden army because she was curious. She was looking for someone, the great duke who had taken command of eight hundred of her father’s retainers. Although she’d never actually seen the man whose warrior skills were legendary, she’d heard much about him from her father as well as others. He was a warrior whose name struck fear into the hearts of both English and French alike, a name so awesome that to even whisper it was like mentioning the Devil himself. Men did not take the name of Brandt de Russe lightly. The French even had a name for him; L’Ange noir, they whispered fearfully. The Black Angel. The most powerful knight in the arsenal of the Black Prince, the Black Angel brought the Apocalypse with him wherever he went.

The duke’s army was kicking up clouds of dust in the already dirty city of London. They were heading for the training grounds about a mile west of the Tower of London, the mammoth structure that loomed over to the east from where Ellowyn was standing. She could just see the black spires of the White Tower reaching to the sky.