From the UK's #1 bestselling author of Dr. Who, Primeval, and Torchwood comes an occult thriller featuring murder and supernatural mayhem on the streets of old London... 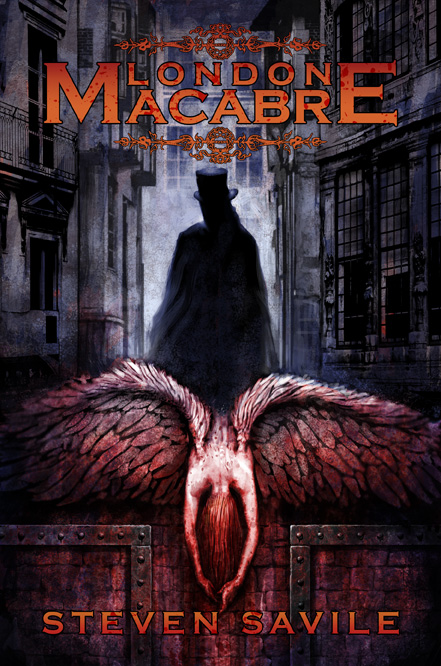 Strange and frightening things are afoot in the City. The lions of Trafalgar have climbed down from the plinths surrounding Lord Nelson's column to assume the defense of the city, fulfilling an ancient prophecy, while a sinister presence, also free after centuries of imprisonment, now stalks tender prey through the gas-lit streets and meat markets of the Whitechapel District. The women this fiend targets are far different from the whores being brutally murdered by a man named Jack, for these woman may look like flower girls but they have the blood of angels running through their veins...
Standing between these two forces are the Greyfriars, determined to face off against these infernal foes with nothing but their wits and a touch of old school magick. Success means the rescue of innocent blood and the gentle hearts through which it beats, but the price of failure is too horrible to contemplate...
Join Dorian Caruthers and the stalwart men of the Greyfriars as they journey through the dark city's dark underbelly to the very edge of the Catamine Stair in an effort to keep the devil and his minions from claiming London as their own.


Originally sold as a deluxe leather bound collectors edition, London Macabre has been published in Poland via Copernicus, and is forthcoming in Germany from Voodoo Ferlag. It has just been made available in ebook.

"The Greyfriar's Gentleman's Club are a successful melange of a Victorian English version of X-Files and Torchwood, with perhaps just a soupçon of Arthur Machen for flavor." Fear Zone
"Watch as Savile carves a niche for himself in the literature of the new millennium." Tim Lebbon, award-winning author of Toxic City, Coldbrook and 30 Days of Night: Fear the Dark
"A story about Death written by a man who has clearly consorted with devils." -- T.M. Wright, author of A Manhattan Ghost Story


The woman might have been beautiful, once. It was impossible to tell because the flickering blue blush of the gaslight cast a pall of sickness across her face. The harsh light picked out the shadows of her pocked skin, flaunting her imperfections. Whatever she might have been, she was not beautiful now.
She carried a basket of wilting flowers. The wet stems nestled against the pearly ruffles of her blouse leaving a grimy circle of damp beneath the swell of her left breast.
The man who called himself Nathaniel Seth smiled at her pantomime of propriety as she adjusted the lie of her bustle on her generous hips and teased the set of her porter's knot. It was all a show, an elaborate charade to mask the fact that she was loitering on the corner of Bedford Square.
A flower girl.
A prostitute by any other name.
Where other girls made for the warmth of the palatial Alhambra down in Leicester Square or the dancing rooms of the East End where the music of desire filled the snuggeries and lust parted the amorous from their shillings, this one waited out the night on a dimly lit corner, clinging to the dark places she knew well.
She listened hungrily to the sounds of the night, the clatter of horses' hooves sparking on distant cobbles, the cries of the street hawkers and below them, the soft feet of the young cadgers running back to their nests to share whatever spoils their light fingers had plucked.
He cursed his luck, willing her silently to move on, find another perch or slip into a Hansom Cab and disappear into the cloying smog.
He could smell her perfumes, wantonly applied to douse the reek of those other wanton fragrances that clung to her ample flesh. It was cloyingly sweet.