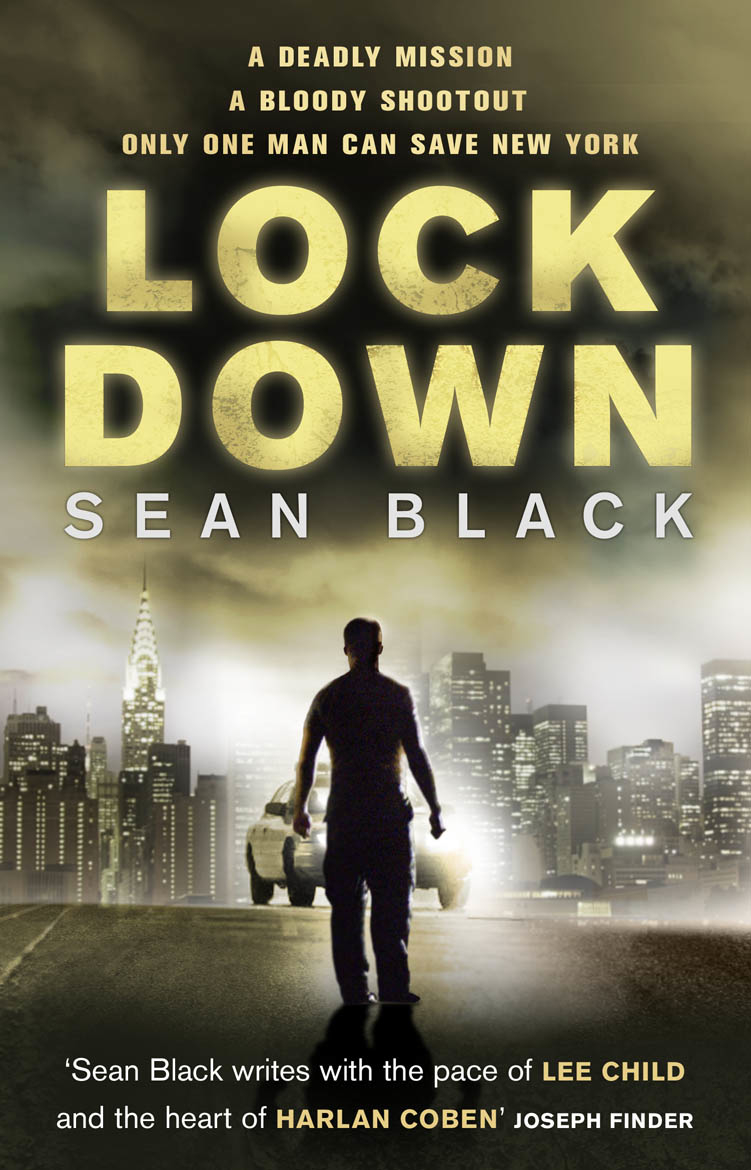 A DEADLY MISSION
It may be Christmas Eve in New York, but for ex-military bodyguard Ryan Lock it's business as usual. His task: to protect the CEO of the world's largest bio-technology company from a group of radical, and highly determined, activists.

A BLOODY SHOOTOUT
But when a failed assassination attempt leaves the streets of midtown littered with bodies, and hours later the son of the company's chief research scientist is abducted from his Upper West Side prep school, Lock's hunt for the boy turns into an explosive game of cat and mouse.
ONLY ONE MAN CAN SAVE NEW YORK
Through the corporate corridors of power and dark alleys of Manhattan, Lock's search leads him towards a deadly confrontation with one of the world's most dangerous women, a deadly Chechen black widow seeking revenge against America. As the clock ticks towards midnight on New Year's Eve, and the crowds gather in Times Square, Lock realizes that not only is his own life in terrible danger but so are the lives of millions of others...


Lockdown sold at auction in 2008 to Transworld (Random House) in a 'major deal' i.e. for over $500,000. It went on to be the bestselling debut thriller of the year in the UK in 2009, and hit the official UK Nielsen Bookscan top 50 chart in its first week in paperback, selling over 40,000 copies.  The Daily Telegraph named it one of its Thrillers of the Year in 2009. In the US Lockdown (like all the Ryan Lock novels) has featured on the top 100 at Amazon, and the top 20 at Barnes and Noble. Rights were sold in Dutch, German and Russian. This November it spent five weeks in the top 100 at Amazon Canada.


Ryan Lock peered through the floor-to-ceiling windows which fronted the reception area of the Meditech building. Outside, freezing rain was sweeping down Sixth Avenue in sheets, jamming the dozen or so animal rights protestors into a tight knot on the sidewalk opposite.

‘Who the hell stages a demonstration on Christmas Eve?’ the receptionist asked.

‘You mean apart from turkeys?’ Lock said, hunching his jacket up around his shoulders, pushing through the revolving doors and stepping out into the near-Arctic weather.

Three months as head of security for America’s largest pharmaceutical and biotechnology company had left Lock with little patience for the animal rights people, no matter how earnest their cause.