Latino Muslims: Our Journeys to Islam by Juan Galvan

"Latino Muslims: Our Journeys to Islam" is a collection of stories about people's personal journeys to the truth. It is about their struggles, discoveries and revelations during this journey, and about finally finding their peace within Islam. 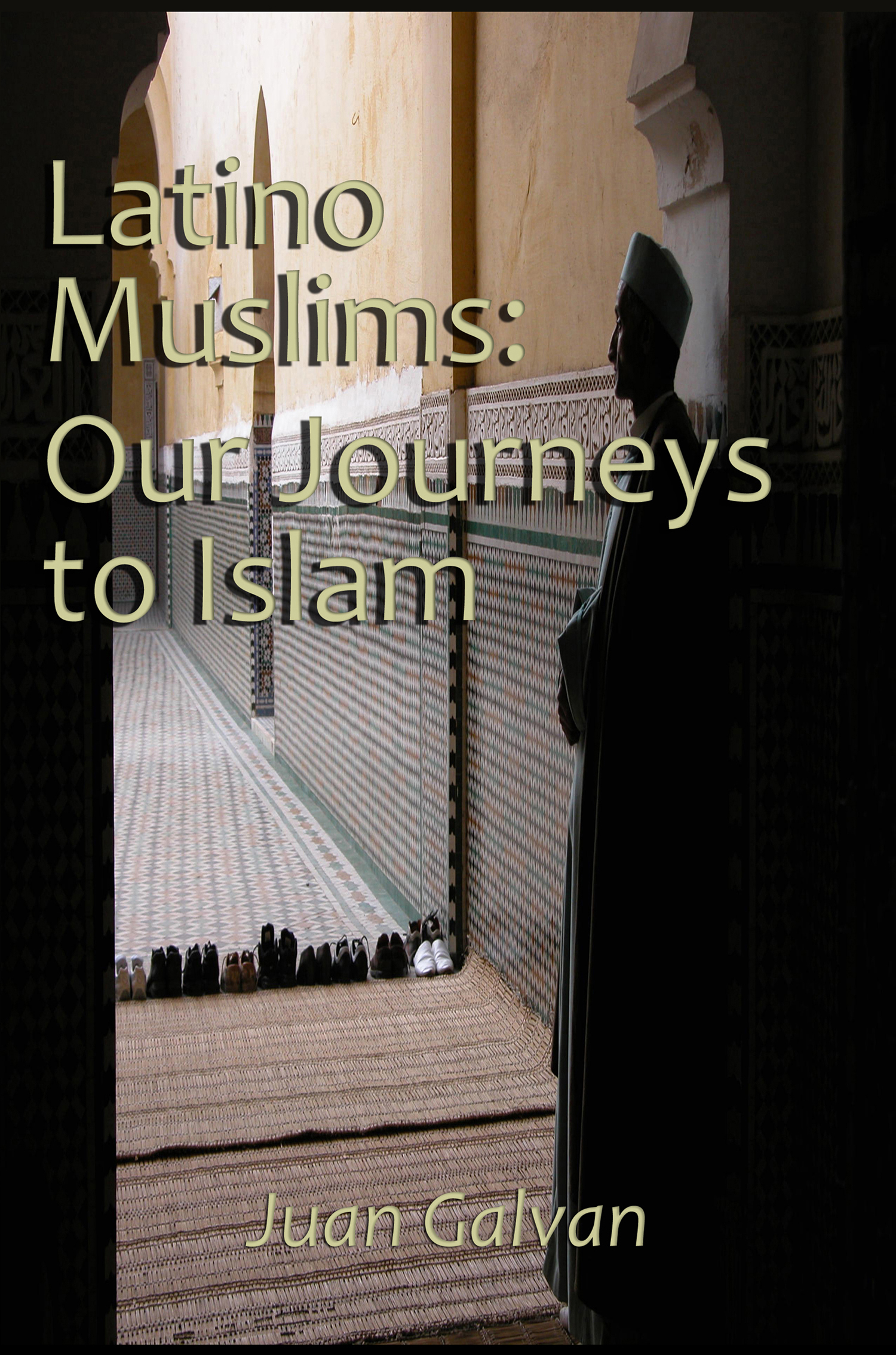 Praise by Michael Wolfe, Author of The Hadj: An American’s Pilgrimage to Mecca...

“Here is a book that will fill your ears with a chorus of voices you may never have heard so clearly. What I love about this carefully introduced, large collection of testimonial essays is its variety, its unsettledness, its openness, its range.

One the one hand, readers who know little about Islam and its history will be surprised by the very idea of Hispanic-rooted converts to Islam.  They should get ready for some reminders: that Spanish is full of Arabic words, that the architectural resemblances between Mexico, say, and the Middle East are not accidental, that Spain, the social, cultural and intellectual pearl of medieval Europe, was full of Muslims from Mecca, Damascus, and Morocco for at least eight centuries, that large numbers of Roman Catholic and secular people now living in Spain and its far-flung New World ex-colonies may, if they like, trace their lines back to Muslim families of centuries ago— and that Jesus has always played an essential role in Islamic theology and Muslim life.

On the other hand, Muslims who know all these things may be surprised by Juan Galvan’s book too, because the voices here don’t pull punches or smooth over the problematic aspects of taking up a new religion by choice.  Our Journeys is a collection of actual, living human voices reveling in the beauty of discovery but also grappling with the stresses and strains of a decision that may easily confuse neighbors and even, perhaps especially, close relations.  Get ready for the sort of wild ride that only truth-tellers take you on. Sometimes religion can get in the way of truth-telling. Not in this case.”


Is your native language Italian, Greek, or Hindi? Great! Translations will allow my book to reach a greater audience. My book sales aren't great, but the people who have read it have been inspired. You can read reviews and check out its ranking at https://amzn.to/37fzaMF. The book is also a great resource for academia as discussed in this review -http://latinomuslims.net/reviews. It has been mentioned in numerous scholarly publications.

The shahadah is the first of Islam’s five pillars. It is the testimony in the belief of a single God and Muhammad being the Messenger of God; what makes someone a Muslim. By taking shahadah, new Muslims pledge to live by the precepts of Islam. Although the destination for those who recite the Shahadah is the same, each person’s distinctive life experiences influence the unique path they take towards Islam. No group embodies this reality better than the diverse, dynamic, and ever-growing Latino Muslim population.

When learning of the increasing number of Latinos embracing Islam, many Muslims and non-Muslims react with surprise. Some hold the belief that being Latino and Muslim are incompatible. One can only imagine a similar response from the non-Muslims of the Arab Peninsula when witnessing the rapid spread of Islam during the lifetime of the Prophet Muhammad. Why would a people dominated by pagan practices reject all of their deities and accept the belief in a single God?

The earliest converts to Islam, the Sahaba, were loyal companions of the Prophet who came to Islam in different ways. Some staunchly fought Islam until their conversion, such as Omar. Some came to Islam early and freely, such as Abu Bakr. The Sahaba sacrificed much of their old lives and had to accustom themselves to a new, altered identity. In many ways, the stories of Latino Muslim converts are very similar. Although certainly not at the level of practice of the Sahaba, many Latinos who choose to follow Islam face the same struggles assimilating into a new reality. The story of the Sahaba is a fundamental way of understanding the idea behind this endeavor.