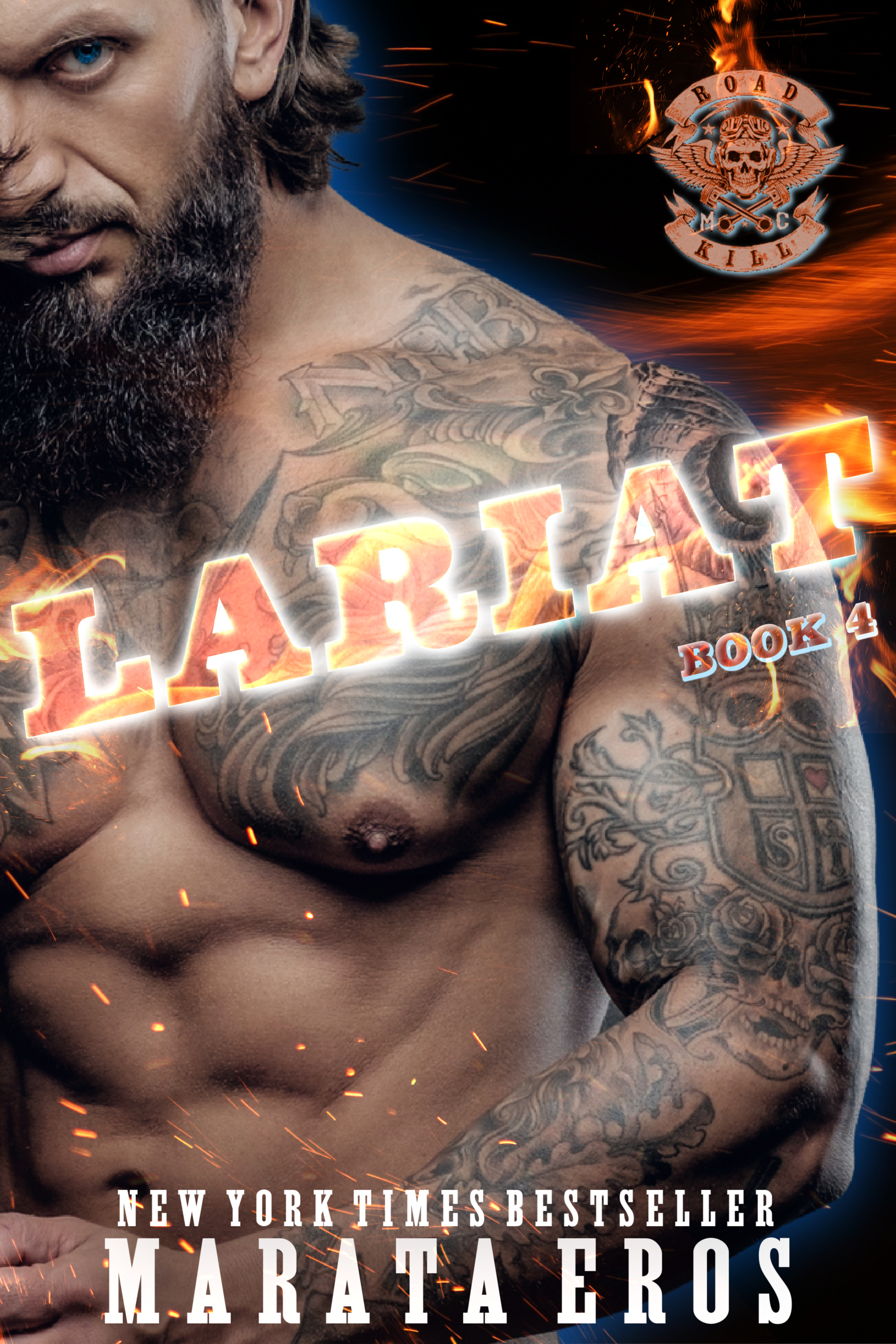 Synopsis:
Angela Monroe is a public defender who cares for the weak. Because she is strong. She has had to be. When a client is murdered in jail before bail can be arranged, Angela vows to get to the bottom of the ultimate injustice. Instead, she finds herself face-to-face with a threat more dangerous than any she has ever known: Lariat, Road Kill Motorcycle Club rider and former Navy SEAL expert knotter.

Lariat hadn't seen his cousin, Mini, in a decade. When a hot female attorney reaches out for his help for Mini, he freely gives it. Until circumstances turn deadly, and his rage supersedes caution. What Lariat can't know is the yin to his yang just presented herself with sharp heels and a mind to match. Can two opposites come together from the ashes of heartache?

Or will the flame of their chemistry burn out before love can ignite?

Lariat is a full-length, standalone romantic suspense novel with hot sex, no cheating, strong language, an HEA ending and NO CLIFFHANGERS. Contains disturbing themes that might be uncomfortable for some. Perfect for fans of Joanna Wylde, and who also like the dark fare of Pepper Winters.


Pro-bono. My life as public defender.

My forearms slide across the cheap laminate-surfaced table, and I clasp hands with the woman who sits across from me.

Crooked teeth peek through a genuine smile. Strings of hair clump together as she leans forward, biting a lip cut from the fists of her abuser.

Mini Dreyfus no longer has to live in fear that at any moment she'll suffer a contusion, cut, or broken bone. The dead can no longer maim.

She momentarily releases my hands and swipes at her striking brown eyes that are leaking down her cheeks. “I can't stay here, Miss Monroe.”

“Angela,” I correct for the hundredth time.

Mini nods, her smile watery and thin. “Prison is its own thing. I'm unprotected here too.”

I refrain from biting my own lip. This is the problem. Mini murdered her husband, a type of passive self-defense.

To me and many others, the x-rays documenting the years of abuse are enough to justify her actions. Mini Dreyfus doesn't belong in a maximum-security prison. An hour, a day, any amount of time is too much in my humble opinion.

But beating a man while he sleeps with a solid hickory baseball bat brings pause, even to the most sympathetic. So now there will be a trial.

In the meantime, Mini is being held without bail.

“I shoulda waited until he was beatinʼ on me before I caved in his skull.”

I nodded. Yes, she should have. But I'm Mini's attorney, and I can't outwardly agree with the violence.

However, I do on the inside.

I squeeze her hands, gently releasing my hold. “We can't hang onto regret.”