A woman wishes for an affair... until her heart wants more. 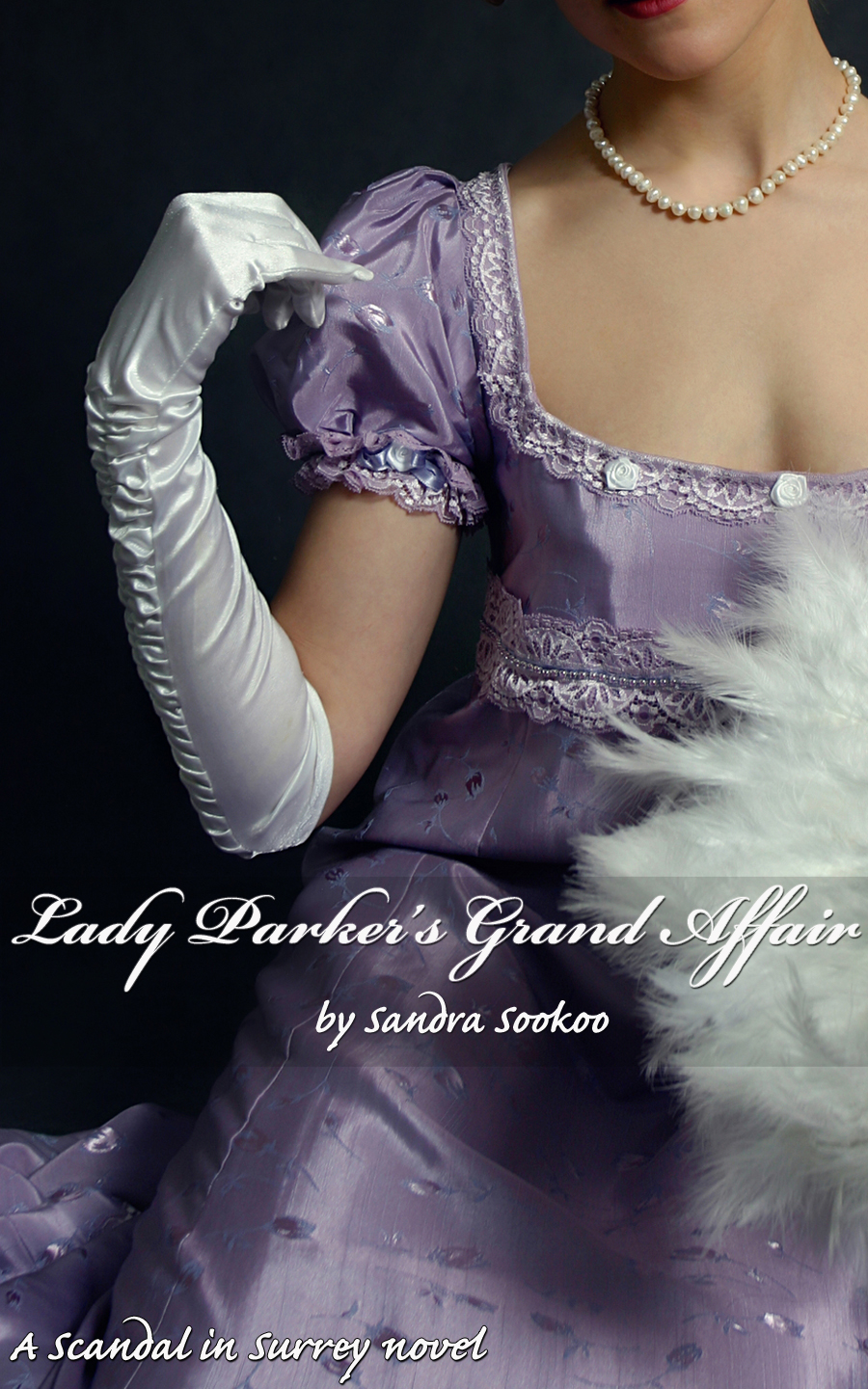 She wants an affair…Maggie, Lady Parker desires a man, but she’s not willing to leave freedom in Surrey to find scandal in London. Widowed for years, she wants to conduct a big enough scandal that a gentleman might come calling merely to see if the rumors about her are true.

He wants a shot at Parliament…Stephen Tarkington is a self-professed rogue but if he had his way, he’d be a philanthropist. The only thing prohibiting his dream is his lack of sponsorship for a spot in Parliament. Marrying Lady Parker’s niece could solve his problem.

Sometimes the heart wants more…Imagine his surprise when he meets the widow and she’s not an old bird he can charm. She’s vibrant, sharp-tongued and enchanting to boot. Passion flares between them, and Stephen gives up on his plan… in search of a more pleasurable gamble.

Maggie is immediately drawn to the charming, handsome gentleman, but will a simple affair fulfill her needs? A scrape with public scandal will toss them into a situation that may just satisfy both of their secret desires.


This book released six years ago. It was a popular seller throughout the years, and since it's the first in a series, it does tolerably well.


His chuckle sent shivers over her skin, chilling her even though the sun bore down. “Women like you deserve a man’s regard or, at the very least, the thrill of being chased.”

“Perhaps, the next time, it won’t be me who is pursued. Perhaps I’ll do the chasing.”

“I might, if you promise to leave Amanda alone.”

“Is it adventure you crave, Maggie?” He drew a finger down one side of her neck, glided it along her skin where her shoulder met and rested his hand there, his fingers lightly trailing over her collarbone.

She closed her eyes. Gooseflesh lingered everywhere he’d plied his fingers. Tingles danced down her spine. Warmth seeped between her thighs. “I wouldn’t mind a bit of spice.”

“Spice is fine, or is it the scandal you want?” Stephen rubbed a fingertip along her collarbone and then traced the lace edge of her bodice, his touch the veriest of whispers over the top of one breast.

“Scandal has come to mind once or twice.” Her head lolled on the opposite shoulder from where he played. She kept her eyes closed in order to fully enjoy the situation, one moment more before she censured him. “I thought that if I found myself in a big enough tangle I’d attract the attention of a like-minded gentleman.”

“A fling, an affair, or are you searching for more?” His finger, hot against her skin, dipped beneath her bodice.

The weak heat of the spring sun couldn’t compete with the flames Stephen had awakened. Being here in the garden, with his hand on her, was highly inappropriate. They could both be in terrible trouble if caught. Her lips curved with a grin. “I want a grand affair, something that will burn so bright the English gossips will talk about it for years.”