Lady by Chance by Cheryl Bolen

A marriage of convenience turns passionate in Regency England. 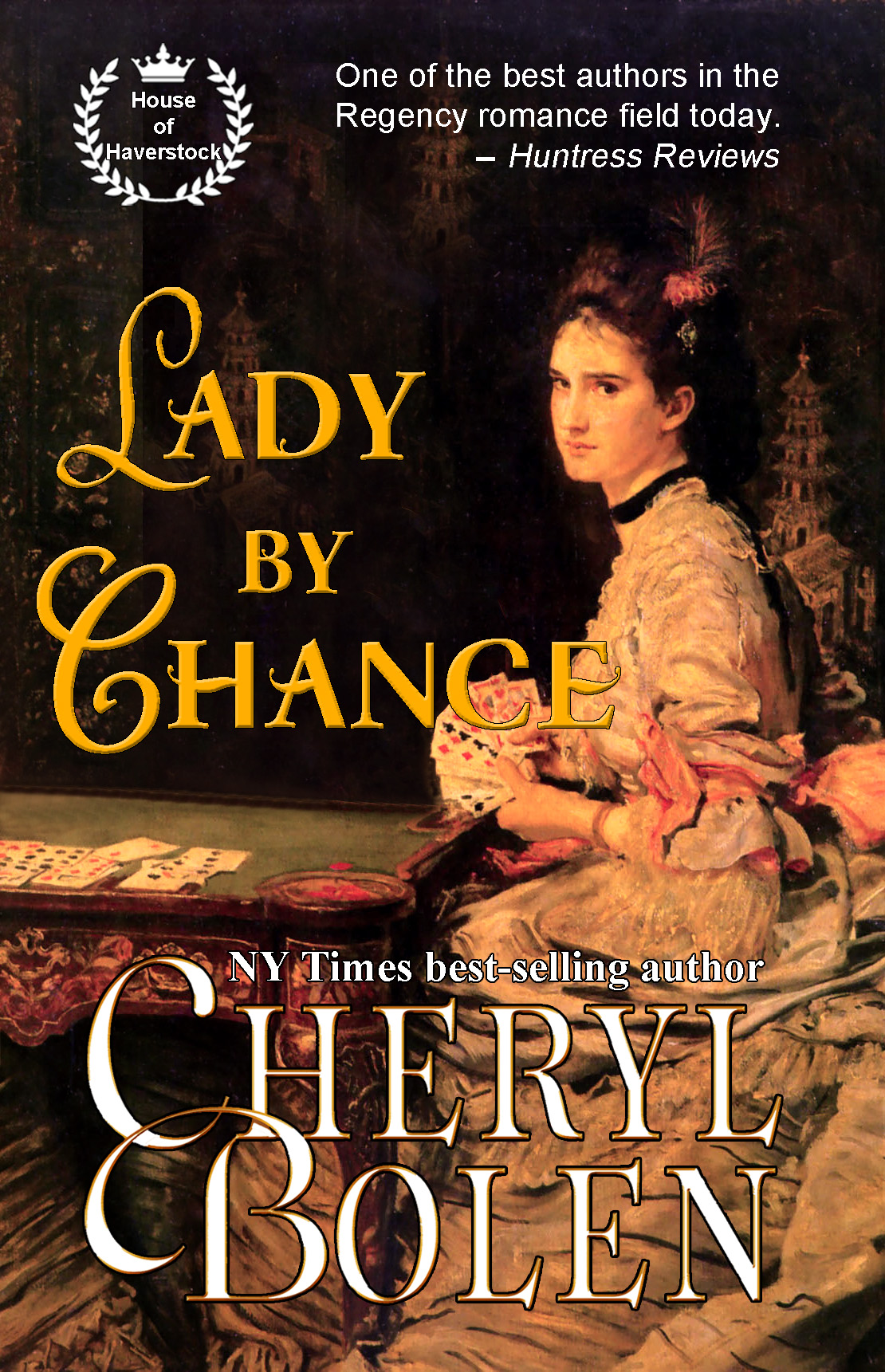 Manipulated into a marriage of convenience to prove their patriotism, Anna and Charles, the Marquess of Haverstock, question each other's loyalties. But there's no question that Anna's silken touch has bewitched the powerful lord who has become her husband, and no question that she craves every moment in his arms.

Anna walked to the morning room to see who was calling but found the doors closed and heard angry shouts from within.

"I will not have the illegitimate daughter of a French whore at school with my own daughters," an angry male voice said.

"My daughter has just as much right to be there as yours," Annette said defiantly. "Even more, for her father was more exalted than you, my lord."

Proud of her mother's fiery retort, Anna listened, fury pounding in her chest, as the man spoke.

"You schemed to get money that should have gone to Steffington's duchess, but you can never buy rank for your bastard."

Annette's voice quivered. "I took not a farthing from Steffington while he lived. Only his love. That is why I receive your rancor. Because of me, he would not bed your wife's sister. Now his money has come to his only child." Her voice cracked. "If it takes every shilling I own, our daughter will be a fine lady."

"Not by going to Miss Sloan's School for Young Ladies," he countered angrily. "I have a letter from the headmistress. She regrets to inform you there is no room for Anna de Mouchet."

The door suddenly flung open and a portly man in fine clothes swept past Anna without looking at her.

Anna scurried across the room to her Annette, who collapsed on a silken sofa, sobbing into her hands.

"Mama, please don't be upset," Anna soothed, leaning so close to her lovely mother she could smell her rose water. She gently hooked an arm around her. "I will be much happier here with you, and not with daughters of that horrid man. Pray, who was he?"Sniffing, her mother gazed toward the doorway and spoke softly. "That was the Marquess of Haverstock."