It Must be Love by Sandra Sookoo

The most powerful force in the world is love. 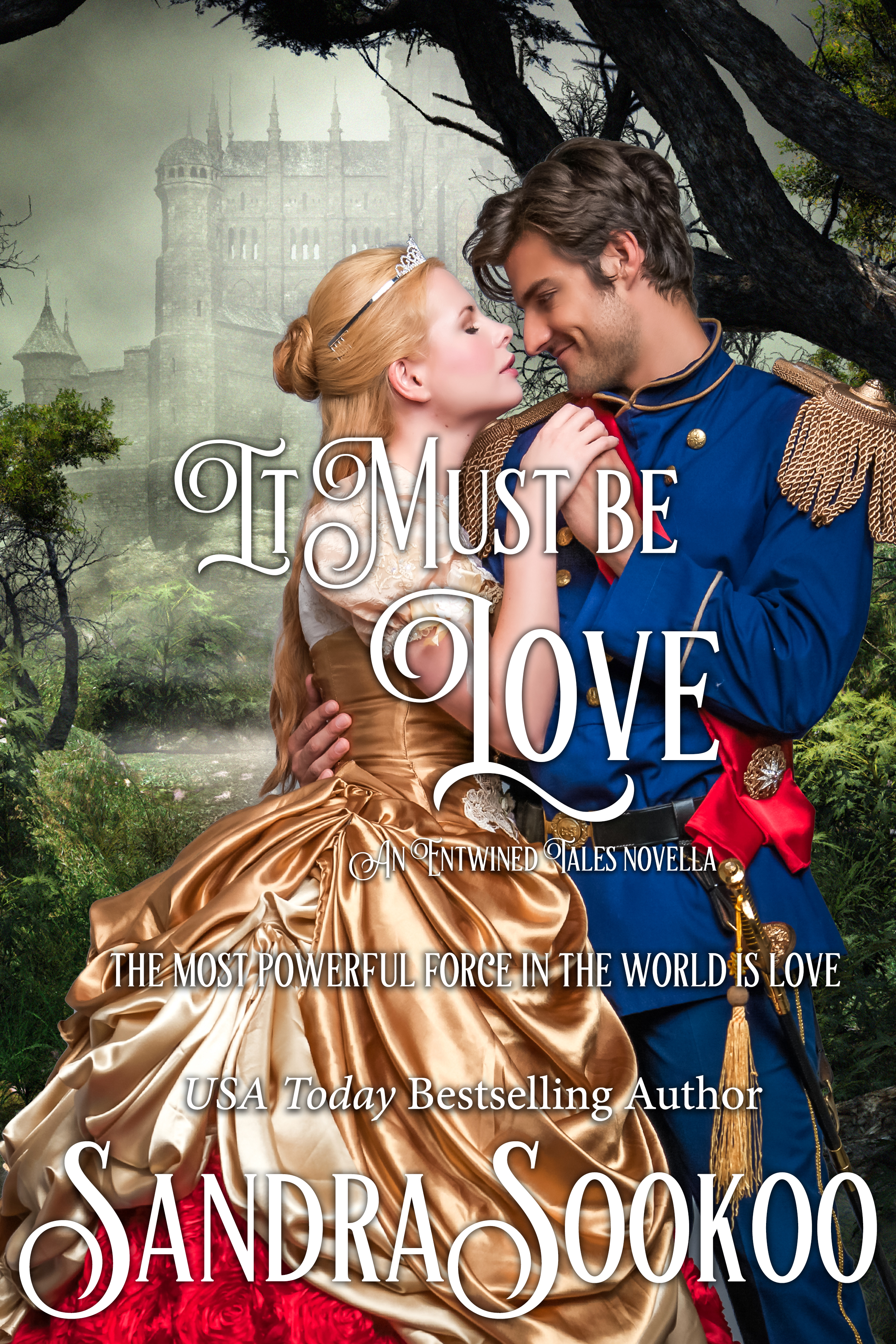 Lady Christiana Tremaine lives in the kingdom of Vesance, but ever since her father remarried, her stepmother—Lady Tremaine—has stripped her of everything befitting her station, has reduced her to that of a maid, and forced her to answer to the slur of Cinderella. Though the life of drudgery is horrid, she carries hope circumstances will change, especially when she remembers dancing with the prince who stole her heart. A chance meeting with that same man strengthens her resolve to change… if she can survive that woman’s deadly machinations.

Alto August Henry Ferdinand Lansdowne, Prince Charming of Annanvale has been searching for the woman who sent his world upside down and ran from him at midnight leaving a glass slipper behind. Though he’s been cursed to shift into wolf form each night, he has faith that the woman he’s coming to love will overlook his affliction. When he finds her, they begin an unorthodox courtship and he falls ever deeper, but their romance is fraught with obstacles.

When Christiana is locked into a high tower by her stepmother and kept there by an enchantment, Henry is quick to come, but when Lady Tremaine gets wind of their plot to escape, she lies in wait for the noble prince and leaves Cinderella to an ugly fate, for she desires power above all else. But as long as there is love, there is hope. The beleaguered pair will need to fight hard for their happily ever after. With luck and a little magic, they just might win.


She forced a hard swallow into her suddenly tight throat as her pulse pounded. “Do you suffer from the same affliction?” Perhaps he wouldn’t, for curses abounded throughout the land.

“Would it change the way you think of me if I said I do?” He stroked his thumb along her bottom lip while something she couldn’t identify shadowed his eyes. A thrill careened down her spine.

“I’m not certain.” Christiana was no stranger to magic. That force moved through everything in the realm, and she did have a fairy godmother. However, it was one thing to believe in such. Quite another to suspect the man she could harbor feelings for if given half the chance might shift into a beast. “Are you what he is?”

“I am.” He cocked an eyebrow, waiting, worry lining his brow. “Do you wish to know more?”

“No.” If she said she did, he would linger. “All the more reason for you to leave.” If her stepmother discerned his secret, she’d use full advantage of it, blackmail him into marrying one of her daughters, and perhaps declaring him and his brother unfit to rule. Once the king died… She gave into a shudder. Seeing Sybil in control of a kingdom couldn’t be contemplated. I have to protect you. “Go. Please.”

“I refuse to give you up,” he whispered.

“And I refuse to give you a reason to stay.” I cannot! With a mighty shove at his chest, she slipped from his grasp. When she caught the look of shock on his face, her heart broke. He obviously misunderstood her reaction, but perhaps that was for the best. She’d sacrifice her budding dreams to keep him from her stepmother’s clutches. “Run far from here, Your Highness. These woods, the village, are not safe for one such as you.”