YA Fantasy/Romance with elemental magic. 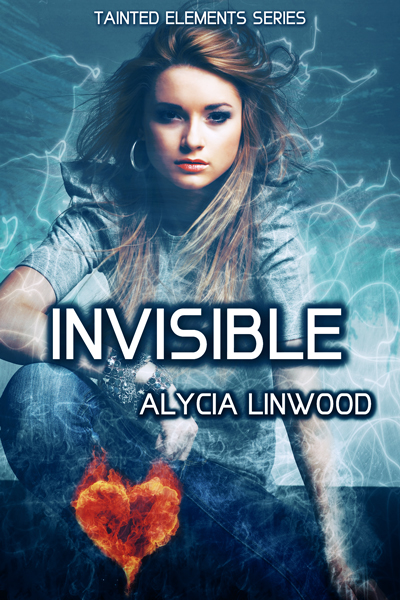 Moira faces new challenges as she finds herself in the hands of the enemy. Determined to escape and keep everyone she cares about safe, she has to do things she's never even dreamed of doing, including trusting the one who betrayed her...

Invisible is the second book in the Tainted Elements series.


I cracked my bleary eyes open, my head throbbing. My whole body felt heavy, and when I wanted to move my arm, something cold bit into my skin. Taking a deep breath, I tried to push away the nauseous feeling in my stomach. What had happened to me? I’d been in the woods, looking for Noah but found Jaiden instead. Sharp pain cut through my mind, my ears ringing, as I remembered Jaiden stabbing me with a needle of some kind.

My vision finally cleared and I squinted at the painfully bright light above me. I was lying in a bed, my wrists and ankles cuffed to it. A gasp escaped my lips when I saw a blonde woman sitting in a chair to my left, her blue eyes narrowed at me, her hands clasped in her lap. She was wearing a red ruffle shirt and black pants.

“Hello, Moira. How are you feeling?” A pleasant smile appeared on the woman’s face.

I tried to focus on my elements, but whatever drug had been in that needle was probably still in my system because I could feel neither my air nor fire. Actually, I couldn’t feel much at all. “Who are you? What do you want from me?” I asked when I could finally form words, my voice distant and raspy, but it didn’t waver.

“My name is Sheridan,” she said cheerfully. “And you’ve been chosen to become a part of the organization called Elemontera. We keep track of special elementals like you and make sure no one misuses their elements or harms people.”

I pressed my lips together, fighting to keep my face expressionless. Elemontera killed any elemental like me that wasn’t useful to them, along with anyone who got in their way. Nothing they said would convince me they were the good guys. Besides, I doubted anyone would happily agree to stay and work for someone who had kidnapped them and shackled them to a bed, even if the offer actually sounded enticing.