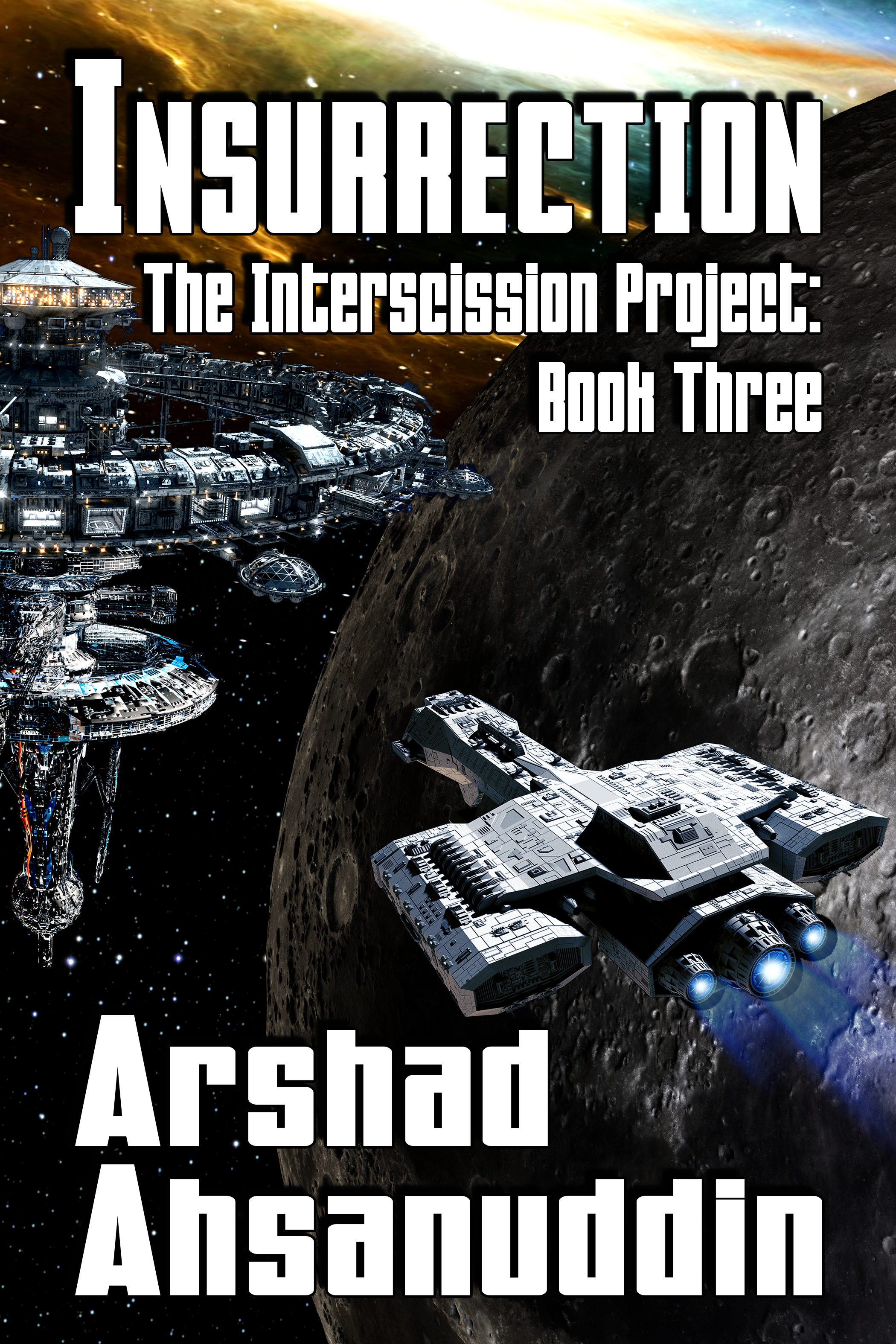 One man will destroy the past to save the present.

The price is too high.

But it may already be too late to stop him.

Life settles into a routine for the inhabitants of Chiron Colony, humanity’s first interstellar settlement, after the threat of the time traveler Gifford has apparently been eliminated.  But the Hourglass and its leader, Admiral O’Dare, are not content to rest on their laurels, convinced that time travel remains a palpable threat to human civilization.  When Annette Sutton uncover a possible secret plot to eliminate the principal members of the Interscission Project decades in the past, when they had only just met, the colonists' idyllic peace is shattered.

Can Martin and his people head off disaster as the Admiral moves to destroy the potential for time travel, once and for all?  Or is there a deeper agenda in play?  As loyalty and duty become pawns in the race to prevent the erasure of all that they have accomplished, Martin will have to decide once and for all how far he will go to save everything and everyone he loves.


“I’m pulling up the security software routines for the station and comparing them to the archived reserve copies.” Patrick scratched his chin while he waited for the computer to finish its analysis. “That should determine whether someone has deliberately tampered with the software.”

Michelle felt a sudden chill. “Sabotage? Pat, the station is crawling with VIP’s, both civilian and military.”

“I know,” he answered, his brow creased. Suddenly, a series of equations began blinking in red on his screen. “Damn! There’s extra code added to the security subroutines. No wonder we were locked out of the security sensors.” He toggled the computer verbal interface again. “Janus, acknowledge.”

“Give me a visual of the interior of docking bay six.”

An image appeared in the air above the desk. It showed a number of people, all armed with pulse rifles, standing guard over the shuttle, while another group pushed a bulky object down the gangway on a luggage sled.

“Janus, belay that order,” said Michelle, staring at the object the intruders were struggling to unload. “This is Commander Michelle Atkins, Confederation Navy identification AtkinsMB421784, declaring Emergency Distress Condition One. Evacuate the station immediately, and get me the station’s head of Security on the line, now.”