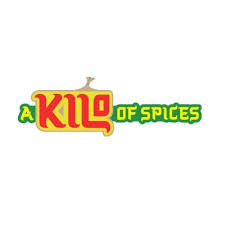 Cinnamon is a spice used for flavouring purposes in savoury and sweet food items for ages. Although different kinds of cinnamon are available in the market, Ceylon cinnamon is the most common and beneficial to use. Also known as cinnamon zeylanicum, Ceylon cinnamon has a distinctive colour, shape and delicate taste as compared to other varieties. Consuming a small portion of the Ceylon cinnamon powder or stick in different ways on a regular basis provides enormous health benefits.

It is regarded as an alternative and natural way to treat diabetes mellitus. The powder reduces insulin resistance of the body and helps in reducing the blood sugar levels. Consuming a minimum 120 mg of cinnamon is necessary to use it as an insulin stabilizer.
High-quality cinnamon powder is rich in antioxidant, anti-inflammatory and antimicrobial effects. In this manner, it helps in treating different kinds of cancer.
Ceylon cinnamon contains cinnamic acid that is rich in anti-inflammatory properties. The anti-inflammatory properties help in putting less strain on the heart and thereby manage the blood pressure of the body.
Many types of research prove that Ceylon Cinnamon helps in treating neurologic conditions like Alzheimer’s disease.

Different Ways to use Ceylon Cinnamon

Most of the people use Ceylon Cinnamon powder by adding it in tea or coffee for getting rich flavours. However, there are innumerable ways to incorporate this healthy spice into the daily diet. Some of the ways are:

The Cinnamon twist is basically a fun dessert that is normally consumed in the breakfast. The dish is healthy as well as easy to cook in 10 to 15 minutes’ time frame.
If you are looking for a healthy snack item, go for cinnamon roasted almonds. For this, you require a few eggs, nuts, sugar, salt and Ceylon Cinnamon powder to sprinkle over the nuts.
People love drinking soups during the winter season. So, as soon as winter approaches, buy the premium quality of Ceylon Cinnamon stick or powder online and add it in soup for rich texture and flavour.
Cinnamon butter cake, pancakes and rolls are delicious and perfect dessert for those who prefer less sugary items.
Even many Mexican and Indian people love eating fruit chaat by using different kinds of fruits like apple, oranges, mangoes, watermelon, etc. Add some subtle flavour to the chaat by sprinkling the cinnamon powder and some drops of lemon.

You can even enjoy post-meal coffee prepared with Cinnamon powder. It not only tastes delicious but aids in the digestion process as well.

Ceylon Cinnamon is one of those spices that is commonly used in many North African, Middle Eastern, Indian and Mexican cuisines. Therefore, it is easy to get from a reputed convenience store. So, need not to worry even if you are staying in the UK and looking for this healthy spice. Simply search over the internet and your will come several online grocery stores selling high quality Ceylon cinnamon sticks and powder in various packing and at an attractive price range. Make a purchase from such an online grocery store that has good customers’ reviews.


Our product is genuine is 100% granted and genuine from akospices.