How to Get Rich : Man on the Run Volume 2 by Baron Alexander Deschauer

Novel about a man who, broken-hearted, decides to get rich to find love. 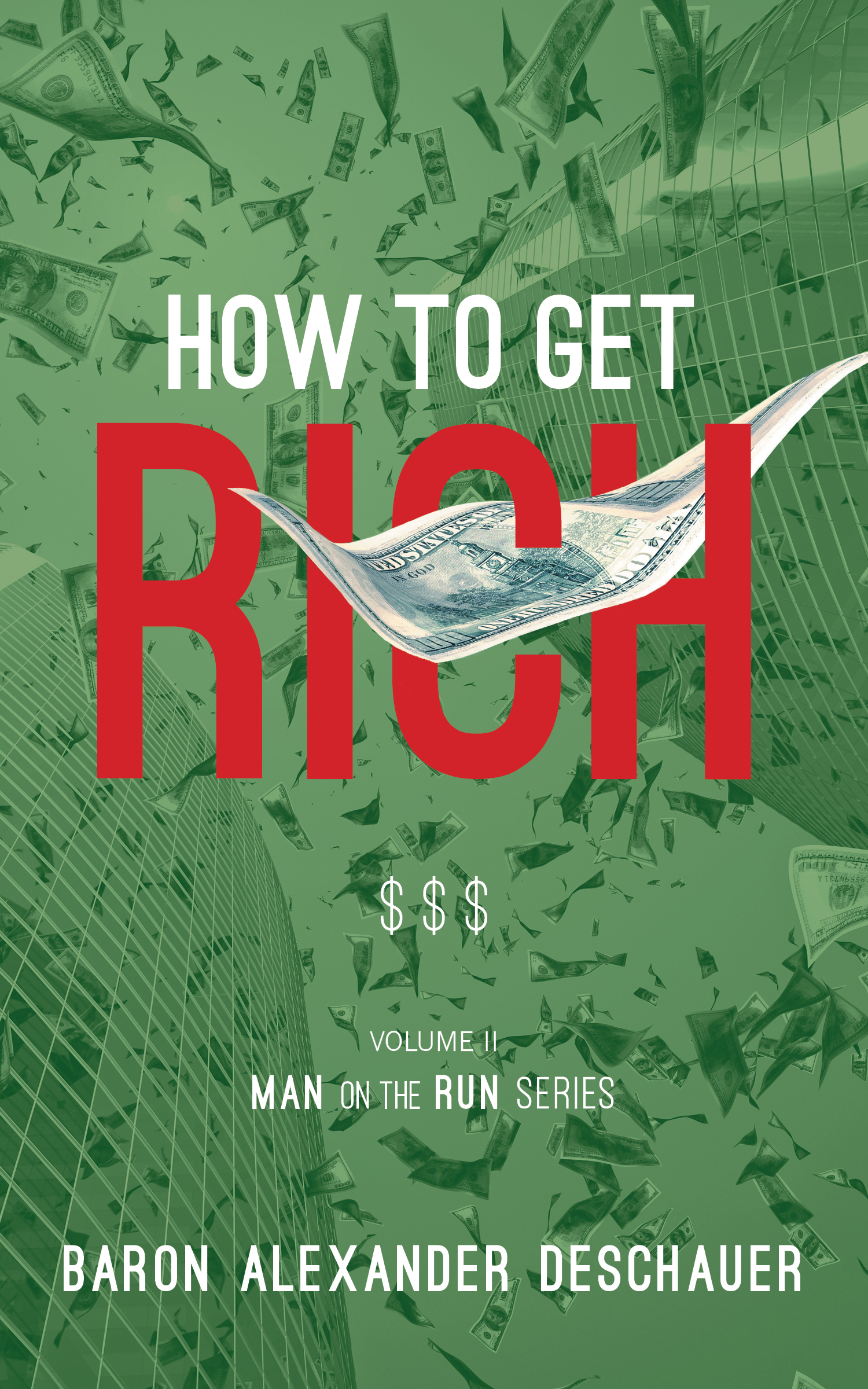 Life gives you the choice of love or money, rarely both. George Anderson, a farm boy from Illinois, wants it all. He seeks the other to secure both. His path to success includes the CIA, Columbian drug lords, and run-ins with some of the world’s most powerful and secretive people. His drive to become rich is rooted in betrayal. How much is enough? Does money alone make a person rich? Does love have a role? How to Get Rich is a fast-paced thriller over a deep and complex ocean of human desires.

I moved to the back of the elevator as three other couples crowded in. The polished stainless steel folding door was pulled shut and the porter pressed the button. I barely registered the green marble on the walls with its white veins, or the drone of the porter as he repeated the same facts to the excited tourists for the umpteenth time that day. I began to wonder why I even said which floor I was going to. There was only one stop for us from the eighty-sixth floor to the hundred-and-second.

“Smaller than I thought,” I said to no one in particular. The elevator had disgorged us. I was surrounded by glass, blue sky, and the cityscape below.

“I know, but it’s beautiful.” It was a woman with her arm linked in her husband’s. She responded to my comment but was talking to him.

I walked next to the thick glass and looked down and all around me. I didn’t know what to expect, and found myself recoiling at first.

I turned around, looking for the source. “Huh?” I soon realized it was the husband of the woman.