Horror Story Collection: 5 Short Horror Stories For Adults by Stories From The Attic 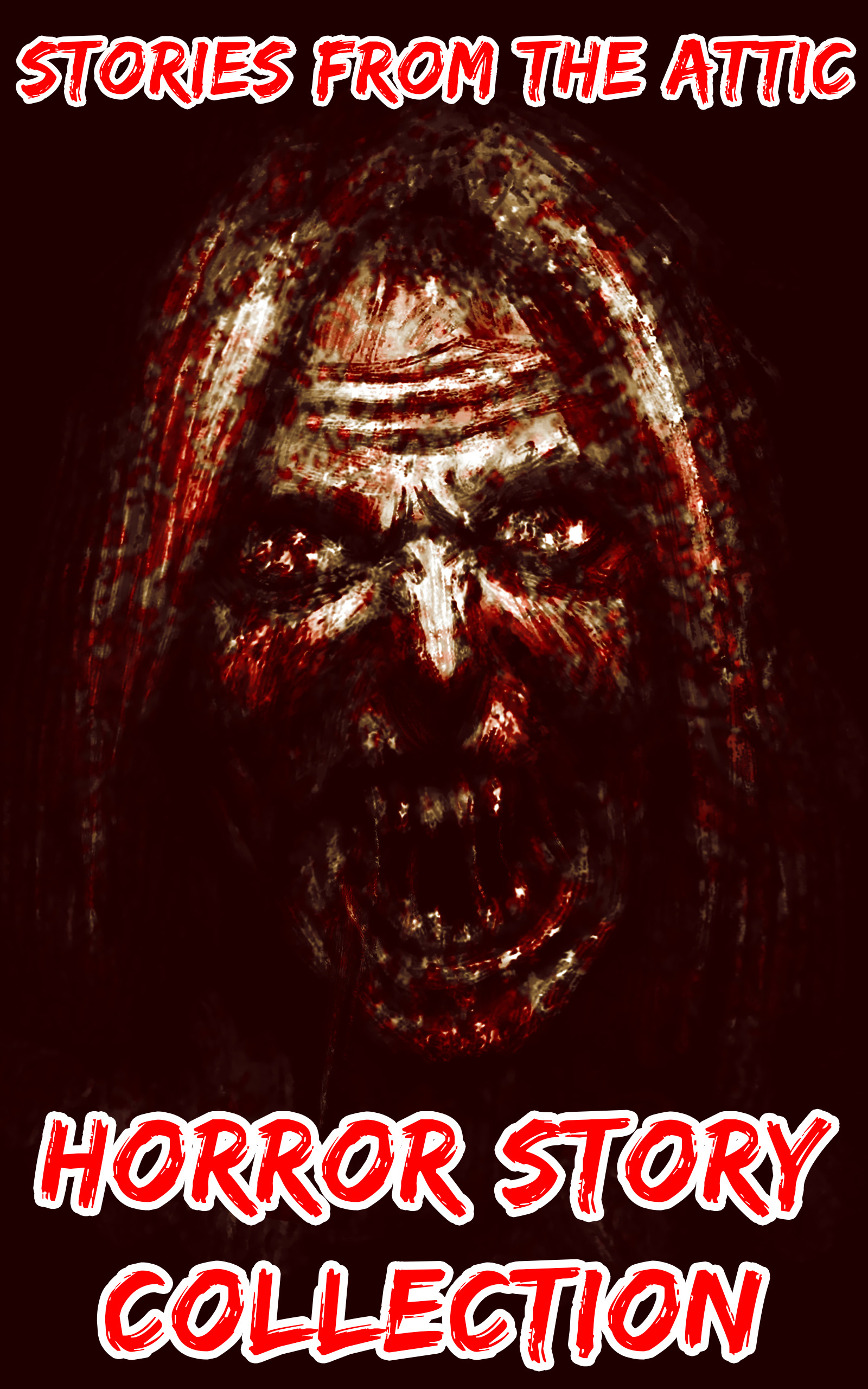 Story 1: The Beast of Elderton

On the edge of Elderton, a town in the Canadian mountains, there is a forest, a forest, that at certain times of the month houses a thing that shouldn’t exist. A thing that stalks through the trees looking for prey, prey that eventually it will find in town.

Down the mountainside, in the quiet of the town, the people huddle together. They bar their doors and board their windows, sitting silently and listening. Listening for the howl. The half-human sound dragged from an ill-formed thing, that rings through the town and announces the arrival of the beast. The howl that makes them hope and wish, that it won’t be their door, the thing tries next.

Unlike most twelve-year-old boys, Charlie is not happiest at football practice or playing video games, for him, the best and most fascinating place on earth is Wenzels VHS Video Store, especially in the horror section.

Fascinated by the ghouls and monsters that reach and tear from the video covers Charlie becomes obsessed with getting his hands on one of these films. So, when an unscrupulous desk clerk offers him a deal, a deal that will allow him to take one of these terrible treats home with him, he leaps at the chance. Never knowing what he might be taking home along with the tape.

Scary Movies is a story of adolescence, friendship, and terror that will make the reader nostalgic for those VHS horror movies but scared to ever watch one again.

When Leonard Merlode said ‘no’ to the military, he knew there would be consequences.

The technology he had developed, a suit that would allow the wearer to really ‘feel’ what was going on in a virtual environment, was a precious commodity. A commodity that could easily be misused if it fell into the wrong hands.

He could never have imagined, however, just how severely he would be punished for his decision, why the military would hire the man known to his friends as Dex and to his enemies as ‘Flames’ and how the simple word ‘no’, was about to make his entire world, go up in smoke.

When Judas Iscariot betrayed Christ, he was paid in sliver. Thirty pieces to be exact. Where those thirty pieces ended up has fascinated historians and theologians for centuries. It has also fascinated those with darker interests.

When a ‘procurer’ of religious artifacts is presented with the locations of these ‘Judas Pennies’ and the reason they were dispersed in the first place, he sets out on a shadowy endeavor to bring them back together, not realizing as he does that his excavations will dig up far more than just the past.

A tale of obsession, black magic and vampires, ‘Judas Pennies’ is a terrifying lesson in being careful what you wish for.

For most the date 12/02/2021 has no real significance. The fact that the number is a palindrome and an ambigram is interesting, but nothing more. For most.

For one historiqn however, the dae becomes an obsession. Popping over and over in strange tales from the past, each linked by the black eyed speakers, the tales of resurection and that awful, fabled, date.

At first he believes he has stumbled across a strange historic quirk, a mystery to be unravelled, but as time goes on and the date creeps closer and closer, the number’s dark implications become more and more immediate and all the more terrifying.