High Yield Secrets: How To Make Serious Money With HYIPs by Curtis Kray 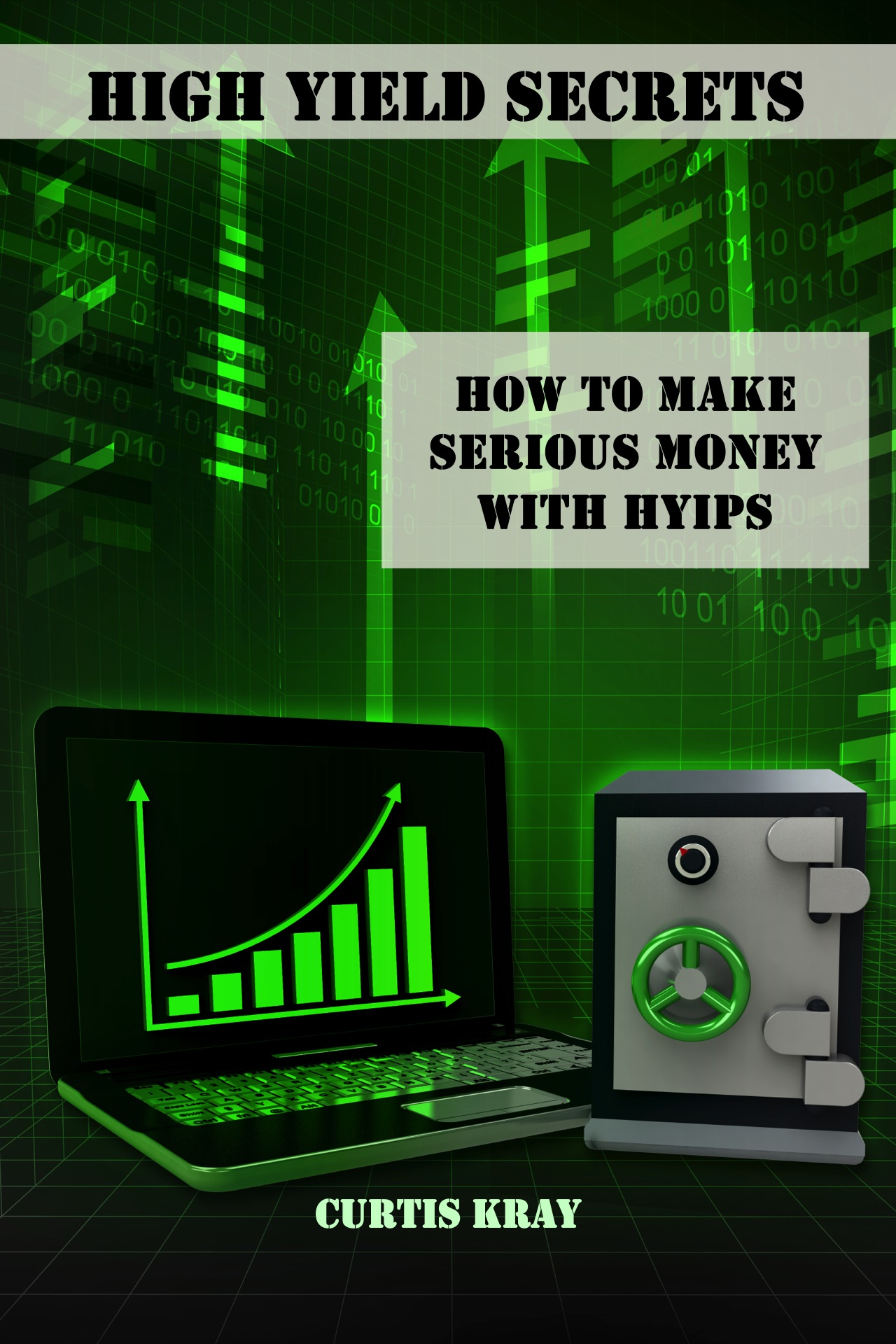 If you’re looking to make serious money with High Yield Investment Programs this book is for you. It contains information not available anywhere and unveils secret methods, techniques and strategies used by the most successful HYIP administrators, promoters and investors.

The HYIP arena is very dangerous for the uninitiated. Sharp swindlers and fast operators have the stage set to take advantage of even the smartest investors. Without insider knowledge you have no chance at beating them at their own game. This book gives you the information and tools you need to even the odds and score big.

Author Curtis Kray has been active in the field of underground investment for more than thirty five years. He is now semi-retired and decided to share some of his vast knowledge outside the restricted circle of his private consulting clients.

The book includes three guides: The HYIP Administrator Guide, The HYIP Investor Guide and The HYIP Promoter Guide. Together they provide a fascinating view and a thorough understanding of the high yield investment world.

Readers can also freely download the HYIP Resources Kit. Among many other resources it includes a spreadsheet used to model a HYIP which alone is worth several hundred dollars.

This book can make and/or save you some serious money. Get it now!


Learn more about the book at http://www.curtiskray.com/


The acronym HYIP stands for High Yield Investment Program. In these programs, often touted as "passive income" opportunities, you lend your money against the promise to receive a much higher return than the one you would get from a bank deposit or any other type of traditional investment. Behind all HYIPs there is an idea that is as old as mankind: robbing Peter to pay Paul. In other words, the returns are paid to investors from the capital put into the program by subsequent investors. HYIPs collapse - and they all eventually collapse - when the inflow of new money becomes insufficient to keep paying the returns to existing investors.

The modern day HYIP era dates back to the 1920s when the Italian born Carlo Pietro Giovanni Guglielmo Tebaldo Ponzi, commonly known as Charles Ponzi, became famous by promising his investors staggering 50% returns over an investment on discounted international postal coupons in 45 days or 100% in 90 days. He convinced his investors that he would buy the coupons from countries with weak currency values at a lower price and redeem them in the U.S at face value. Ponzi succeeded in amassing the then enormous amount of USD 15 million from thousands of people who used their life savings or even borrowed to invest in his plan. A series of articles published by the Boston Post raised suspicion and eventually helped towards folding the scheme. Ponzi was arrested (he later died penniless) and condemned to 10 years imprisonment. In the aftermath six banks failed, the investors got back less than 30 cents on the dollar and the Postwas awarded a Pulitzer Prize for Public Service. The expression Ponzi scheme become more popular than the previous robbing Peter to pay Paul and is widely used today.