WHAT IS DONE IN THE DARK WILL COME TO LIGHT 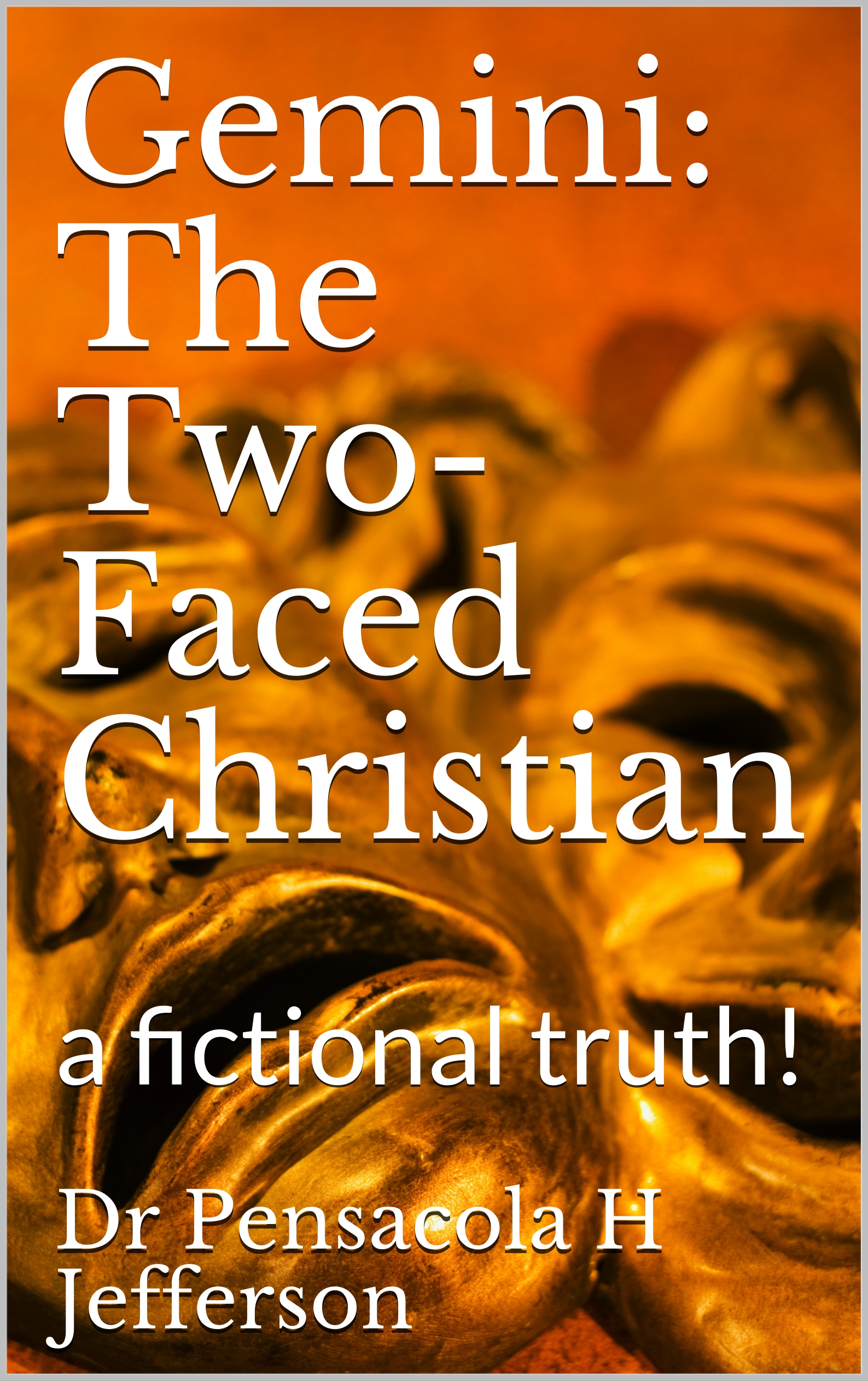 GEMINI: THE TWO-FACED CHRISTIAN is a fictional depiction of how people may claim to be a Christian and profess to be a Christian, but based on the “deeds” of their flesh they are not. Gemini was a local and renown Christian leader who claimed to be saved and filled with the Holy Spirit. In all appearances, she looked like the real thing, but privately she lived a life of sin and carnality When she met client, Susan Taylor, she realized she’d departed from God, needed to repent, and it turned her life upside down. As Gemini’s eyes were opened through spiritual enlightenment she SAW clearly the damaged she’d done to the Christian faith and others under her leadership. Though Gemini was trying to live righteous, her past was right on her doorstep and her marriage and ministry was in serious jeopardy. Was she going to reap what she sowed in living color? Had her sins finally found her out! Would her sins expose her to her church community. Open the book, read it, and find out!


In 2007 Gemini’s sat in her car after leaving the doctor’s office. Her life had just turned into a nightmare, because she was pregnant with another man’s child. Her husband, of 12 years, Bradley Patterson, had gotten a vasectomy a few months ago and he would know what she had done. Abortion was against her Christian principles, but adultery was too and she had broken that rule BIG TIME.

It had only been one time, but one time was all it took to destroy your whole life. She could use the excuse that Brad was working too much, or they weren’t spending as much time together, or that he wasn’t giving her enough attention, but she couldn’t. Gemini slept with Martin because she wanted to and that’s the bottom line.

Yes, she and Brad were having a moment, in their married life, but it didn’t justify her sleeping with Martin. Martin had been flirting with her for months and she’d encouraged it.