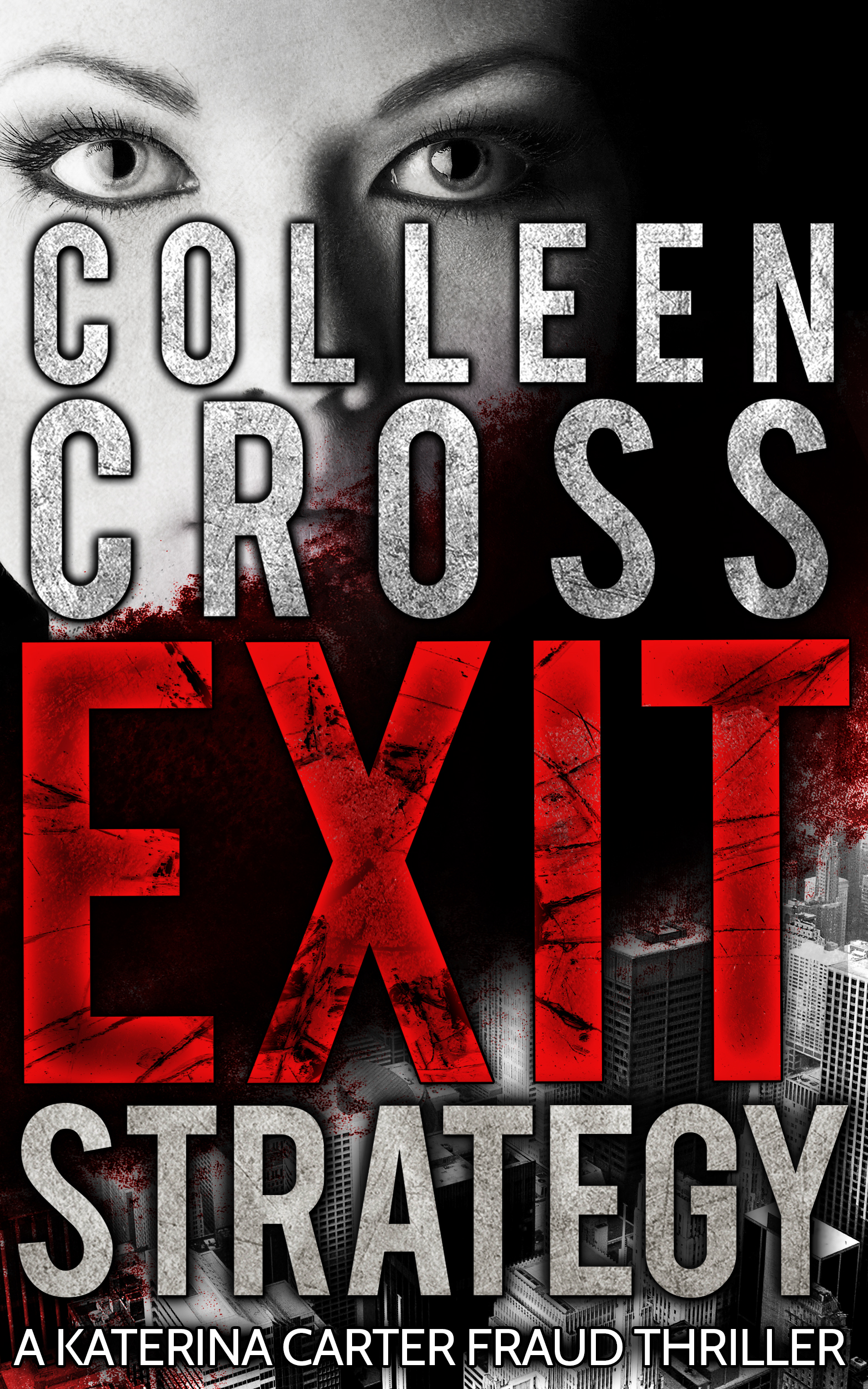 Fraud investigator, Katerina Carter just doesn’t know when to quit, which lands her in some pretty messy and precarious situations. Now that’s she’s out of work and running out of money, Kat needs to get more clients, or she’ll be forced to go crawling back to a cubicle at her previous firm. And to Kat that’s a fate worse than debt.

So when Liberty Diamond Mines CEO Susan Sullivan hires Kat to find Liberty’s missing CFO and a large sum of embezzled money, she’s a little too eager to accept the job. Abject poverty is a great motivator for taking hard cases, but her excitement soon turns to terror when two employees of the company are brutally murdered. Kat realizes that this investigation might be more dangerous than she expected.

As if things weren’t complicated enough, she uncovers a sinister connection between blood diamonds and organized crime. All she has to do now is get proof—and keep from getting killed before she exposes the real criminals. With the help of her friends and an eccentric uncle, Kat had better tread carefully or her first case might end up also being her last. . .

Exit Strategy is an action-packed crime and legal thriller in the vein of Michael Connelly and John Grisham.

“An international tale of diamonds, danger and disappearance, Exit Strategy gripped me from page one...”


Exit Strategy, the first book in the Katerina Carter Fraud Thriller series, has acheived #1 bestseller status on Amazon, Kobo and is also a top seller on Apple and Google Play.  The second book in the series, has also acheived #1 on Kobo and is a top seller in its genre on Google Play. Exit Strategy is part of a 4-book series with a tie in series of shorter works (Katerina Carter Color of Money Mystery series).


The bedroom light flashed on and Clara’s world exploded. Three men in masques luchadores burst into the room and surrounded the bed like a tag team in a wrestling ring. She turned her head to look at Vicente, but saw only her husband’s back.

Carnaval dance troupes paraded in the street below, all Buenos Aires oblivious to the theatre unfolding in her bedroom. Sounds of snare drums and cymbals drifted upwards as murga porteños beat out the final notes of the Despidida, the exit song.

The stocky one charged Vicente with a baseball bat, driving it down across his legs with a thud. Clara shuddered as the mattress imploded from the impact. Vicente grunted but remained still. A million images raced through her head—her mother, her father’s cronies, his competitors. All those disappearances would have started like this.

Vicente tensed beside her. He slid his hand towards hers and clasped it under the bed sheet without looking at her. She squeezed it back as she fought to calm her racing thoughts. Their detailed plans hadn’t included getting caught.

Then the man turned to Clara. He wore a garish green mask with thick red borders around his eyes and mouth. His eyes bored into hers, challenging her. She clutched at the mulberry silk coverlet with her exposed hand, pulling it upwards. The fabric reverberated with every beat of her racing heart.

The diamonds. Her father knew about the plan.

“Name your price. I’ll pay you.”  Her words came in a whisper.