What would you do if you woke up as someone else? 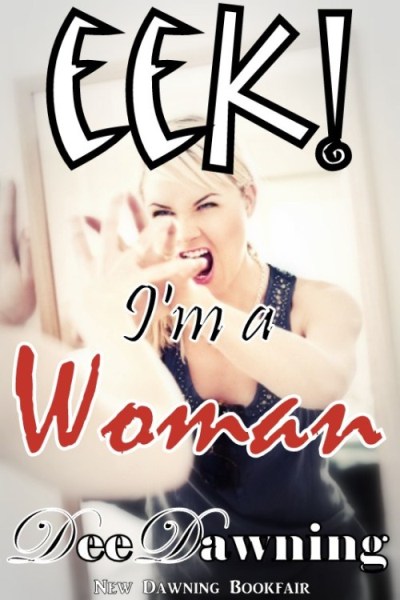 What would you do if you woke up in someone else's body?

Waking after a wild celebratory night of with Ginger, a dazzling courtesan, Brad needs to pee bad. Taking his usual position in front of the water closet he reaches for his male ego but can't locate it.

What the H…? He pads to the vanity, flips on the light and stares in the mirror where he is rewarded with the reflection of…Ginger, the girl he spent the night with. What the F… is going on!


I draped my legs over the edge of the bed and stretched. I had to pee so I padded into the restroom. Naked from the glorious night of frolicking, I lifted the toilet seat and reached for dickie. Hmm. I frowned. What the… There's nothing there. I mean no dick, no pubes, nothing

I felt around down there some more and suddenly jumped as if a bolt of lightning struck me. No, it was more like a bolt of pleasure—pure, joyous pleasure. I touched something that felt… Ireached down again and rubbed it. God that feels good, but… "Where's my dick?"

I spun around. I'd spoke, but my voice was Ginger's. I stomped to the vanity, hit the light switch and glared into the mirror. I wasn't there—Ginger was. I couldn't believe my eyes. I blinked, but Ginger was still there, albeit, with a worried look on her beautiful face and I who stood right in front of the mirror was nowhere to be seen. "What the f…" I said, but she moved her mouth and again it was her voice. I raised my hand to, touch the mirror and felt it, but it was Ginger who raised her hand in the mirror. Suddenly, I realized, "EEK, I'm Her!"

I am Ginger? This was fucking crazy. I'd become Ginger. I began to shake. My heart raced and I couldn't catch my breath. Christ, what's going on? Was Ginger a witch? A body snatcher? A she-devil?

I ran into the bedroom and flipped on the light. Ginger was in bed, covers pulled over her head. I pulled the cover down and was eye to eye with…Brad Fairchild—me!

"What's the matter?" The fake me said in my missing masculine voice. Suddenly, she pointed at me and exclaimed, "You're, me!" Then she pulled her hand back and examined the hair on the back of it and her lack of pointed, colored nails.