Earl of Harrington by Dawn Brower

Propriety must be met at all costs, because he will not be wed at the end of her expedition—or will he? 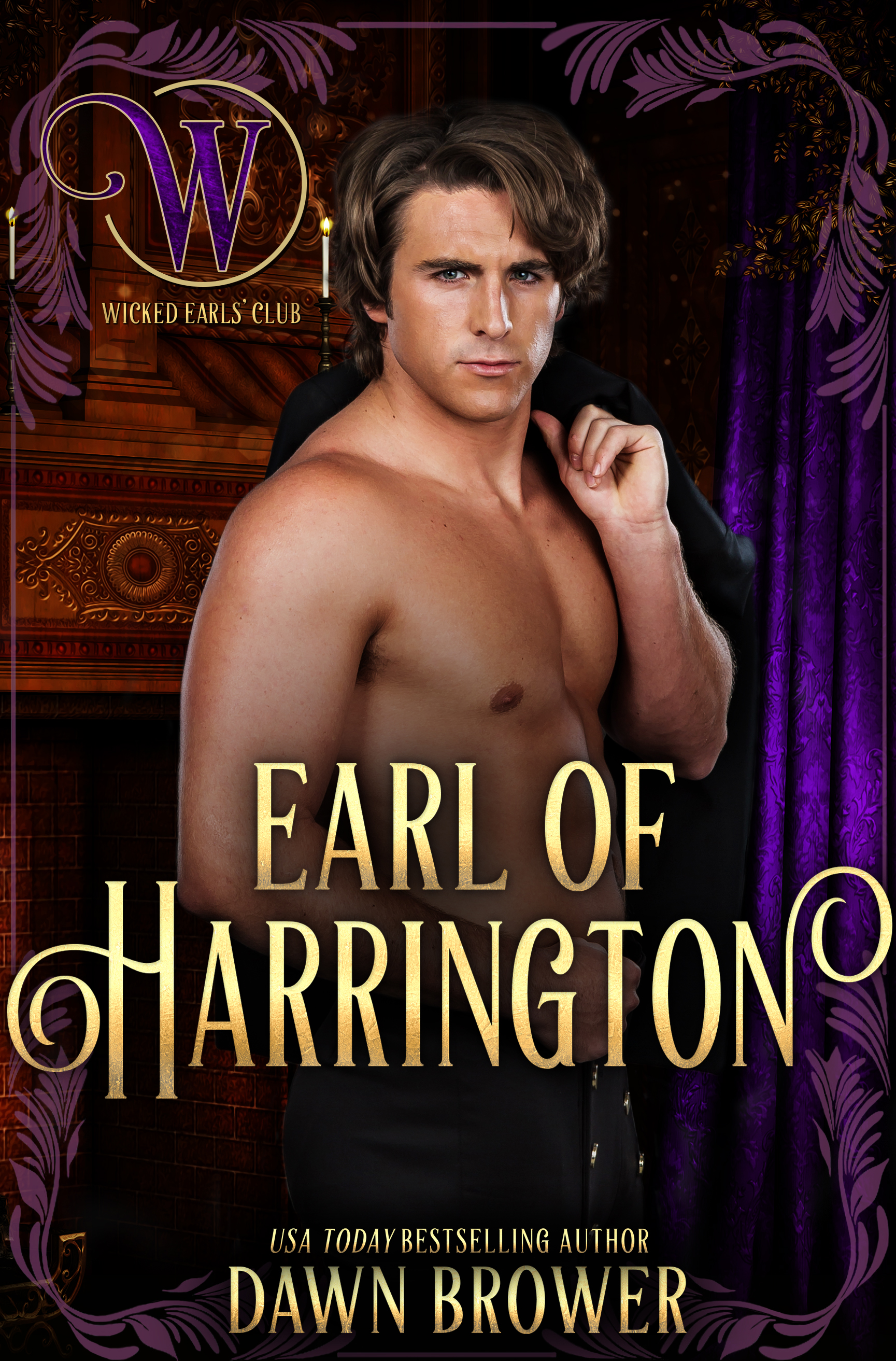 Jonas Parker, the Earl of Harrington has no desire to marry. He rather enjoys being unencumbered and a wife would complicate things. The Wicked Earls’ Club is his haven and he isn’t ready to give it up for matrimony. His grandfather, the Duke of Southington wants nothing more than to see him wed and return to the fold. For that reason alone he’ll avoid proper ladies and wedding bells.

Lady Marian Lindsay rather likes being a spinster and embraces her bluestocking ways. She's studying to be a physician and wants to be a proper doctor. She longs to be taken seriously in the medical field, but her efforts go unnoticed. After careful deliberation she devises a scheme that is foolproof, but she needs the help of one of her father’s friends to make it happen.

Harrington is appalled at Marian’s request and refuses outright; however, she somehow manages to charm him into saying yes. Before he realizes it, he’s escorting her to Kent and a house party made of his worst nightmares. Propriety must be met at all costs, because he will not be wed at the end of her expedition—or will he?


I am a USA Today bestselling author.


There were far better things to do with a woman, especially if they were in his bed. As far as men went—the idea of touching one for any reason outside of pugilist sparring at Gentlemen Jack’s made him shudder. He rather preferred pummeling them than fixing whatever ailed them.

“Well,” he said evenly. “We will have to agree to disagree on the matter. Luckily, for both of us, it’s not up to me whether you continue this ridiculous habit. I’ll leave it to your father to guide you properly.”

She jerked her gaze to meet his. “You’re quite right, my lord. If I had to suffer your company each day I might prevail upon a higher being to end my misery. Thank heavens that fate has decreed us on opposite sides of every imaginable subject and saved us from undeniable disaster.”

“I doubt it’s that grave, my lady,” he replied drolly. “There must be something we have in common.”

“Doubtful,” she retorted. “You, my lord, are the worst sort of man. Condescending and ignorant where you believe you are not.”

He lifted a brow. “How so? What have I done to give you the impression I’m so reprehensible?”

“You’re breathing.” She glared at him. “Isn’t that enough?”