Duchess by Mistake by Cheryl Bolen

The Duke of Aldridge offers for his best friend's sister, Lady Elizabeth Upton, after a mix-up sends her to his bedchamber—just as he's emerging from his bath. 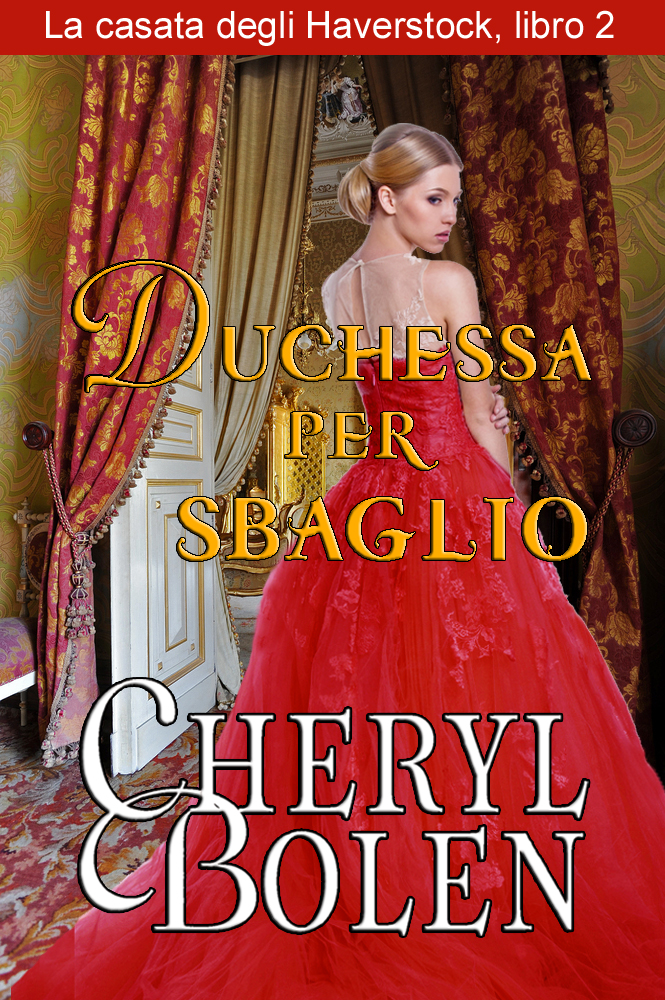 An innocent visit to the Duke of Aldridge's to request a donation for her war widows puts Lady Elizabeth Upton in the midst of a most shocking scandal. . .

The Duke of Aldridge offers for his best friend's sister, Lady Elizabeth Upton, after a mix-up sends her to his bedchamber—just as he's emerging from his bath. She most certainly does not want to force the duke's hand, but how can she bear the shame her scandalous behavior has cast upon her dear brother, the Marquess of Haverstock?

Once she agrees to marry her childhood heartthrob, Elizabeth realizes she wants nothing more than to win her husband's love. But capturing his heart is no easy task when former loves threaten to destroy the fragile bonds of their marriage.


My sales have been high enough to make the New York Times bestselling list once; the USA Today beseller list three times. I am consistantly listed in the top 100 (and ofter Top 10) historical romance authors at Amazon, iBooks, Kobo, and Barnes & Noble. I have been designated an ALL Star seller in Germany by Amazon.

Charles Upton, the Marquess of Haverstock, gazed across the breakfast table at Anna. Finally, the colour had returned to her cheeks after months of grieving for the babe they'd lost before it ever drew breath. Even though they had been married for nearly two years, he could never grow tired of gazing upon Anna's beauty.

He'd been told she was the image of her mother, a spectacularly beautiful French noblewoman who'd captured men's hearts as easily as snapping twigs beneath her feet. How fortunate Haverstock was that he'd married his youthful Anna before she'd had the opportunity to ensnare men with a single glance. And how profoundly grateful he was that he was the first and only man to whom she'd ever given her love.

One of the footmen silently appeared at his side and handed him a single letter. The handwriting looked vaguely familiar. By Jove, it looked very much like that of Aldridge! How could this be? The letter appeared to have been brought by a page and bore no marks of having come through the post. Had he returned from Italy, where he'd been for nearly five years?

Brows lowered, Haverstock flipped it over. And he saw the seal had been stamped with a sword, the Duke of Aldridge's symbol. Haverstock smiled and tore open the letter which bore the duke's crest.

I'm posting this from Dover and I expect it will reach London before I do. I look forward to seeing this noted beauty you've wed, and I confess to having the devil of a time picturing sensible Lydia uniting herself with Morgie. These eyes of mine yearn to behold my dearest friend after so long an absence.

"You won't believe who's back in town," Haverstock said to his wife.