Donnelly and Annie use police work and touch of magick to find a policeman's ex-wife. 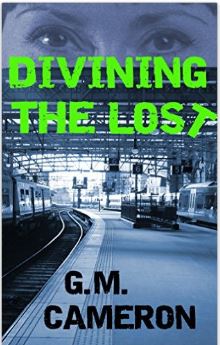 DC Frankie McCormack’s ex-wife has gone missing and Frankie’s going mental. The second in the Andromeda series sees DI Mike Donnelly and Annie use their very differing method to help. With Donnelly trying to keep him out of it, he turns to Annie’s jiggery-pokery.
But Annie is being attacked by an old enemy and dodging a violent stalker just at the moment ...
A gritty tartan noir with wit and a hint of the occult.


Doll answered the door with a baseball bat in her hand. She’d seen the fat balding man through the window, five foot six, in his fifties. He didn’t look like any kind of threat but strange male visitors to this establishment were vetted. With a baseball bat. Apparently no one but her had heard the door, so the hum and squeals of six women and fifteen children continued unabated from the sitting room.

She waited for the man to speak, her eyes swiftly scanning the garden and street behind him then returning to him, dead-eyed.

‘What are you talking about?’

‘I know what this place is. I brought a wee lassie to meet you in Byres Road once. I followed your wee Beetle back here.’ He adopted an air of confidentiality. ‘You should get a less obvious car if you don’t want to be noticed.’ He smiled but didn’t get a response. ‘She was a black-haired lassie wi’ two wee boys’ he added. ‘In a terrible state.’