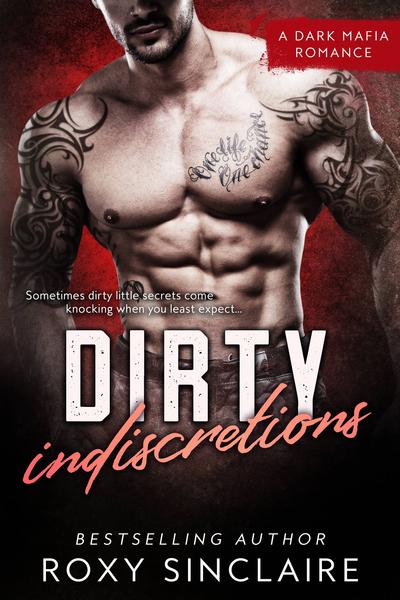 Luke
In Ireland I was a freedom fighter or a terrorist, depending on whose side you were on. I left all that behind, but the only skills I had were the ones I learned on the wrong side of the law. Greco liked that about me. Maybe I reminded him of himself when he was making his way up in the mafia. I was loyal to my Boss. I was there to protect him at all costs and against all threats. Then I met HER.

Elda wasn’t like the other girls I’d been with. The way she moved, the way she carried herself was something else. I knew I had to have her.

But I should have known that everyone has a past…what I didn’t expect was how close Elda’s secrets were to the both of us.

Elda
Greco’s my father. Not the one who raised me, but by blood. I was an unwanted pregnancy, the product of an affair that Greco would do anything to keep a secret.

I wouldn’t have survived if mom hadn’t gone into hiding. She put me first and died giving birth because she knew Greco would have her killed in the hospital. Ever since then I knew I was going to avenge her death.

I trained for years to be at the level I am at now. Greco has the best in the business to protect him. I just needed the right moment make him pay.

But then I met Luke. A man with secrets as deep and allconsuming as mine. Fate is a fickle bitch. But I will get my revenge on Greco and I will give myself to Luke. Secrets can go f*ck themselves.

This is book 1 of the Omerta Series. This is a dark mafia romance novel. There is NO cheating, NO cliffhangers, and a guaranteed happy ending!


This book has 10,885 sales and 1,828 more full borrows from page reads from the KU program. This book has reached the top 600 in the Amazon store, as well as top 20 in the Heist category, Vigilante Justice, Romantic Suspense, Contemporary Romance.

I walked around the spacious room, keeping an eye on the guests. I could think of a dozen things off the top of my head, that I would rather be doing, but it was part my job description, apparently.

I wasn’t a guy that liked to wear suits, but I'd had to get used to it with the crowd I ran with. Still, dealing with the upper crust wasn’t a part of my job that I liked. I was supposed to be there to enjoy the events, not working; but I couldn’t help but act as a lookout. The party was boring, anyway.

And then she caught my eye, and I had second thoughts.

Tall, slim, in a close-fitting black dress with a slit up the side that stopped high on her thigh, showing a mile of pale, toned leg. The dress had a 'V' neckline, down the front and back, that showed, even more, skin, so pale that the contrast against the dark dress was striking. The hem nearly swept the floor, even with her high heels. Her dark brown hair was held back by pins on one side so that it hung down her back and onto her opposite shoulder. I wasn’t close enough to see her eyes, but I thought with her coloring, they would be a dark color like her hair, maybe brown.

She wasn’t the best dressed, nor was she the skimpiest dressed woman in the room, I could see that with just a cursory look around. Yet, when I took my eyes off her to do just that, I found my attention skittering back to her.

I didn’t think I knew her. That wouldn’t be surprising; I didn’t know a lot of the people at this party, considering I was technically just the help. But I'd been to enough of these parties that I knew the crowd my boss ran with.