Death Then Judgment by Bill Vincent

We pray it will be a blessing to you and help you to come to a better understanding of what happens to everyone after death claims them. 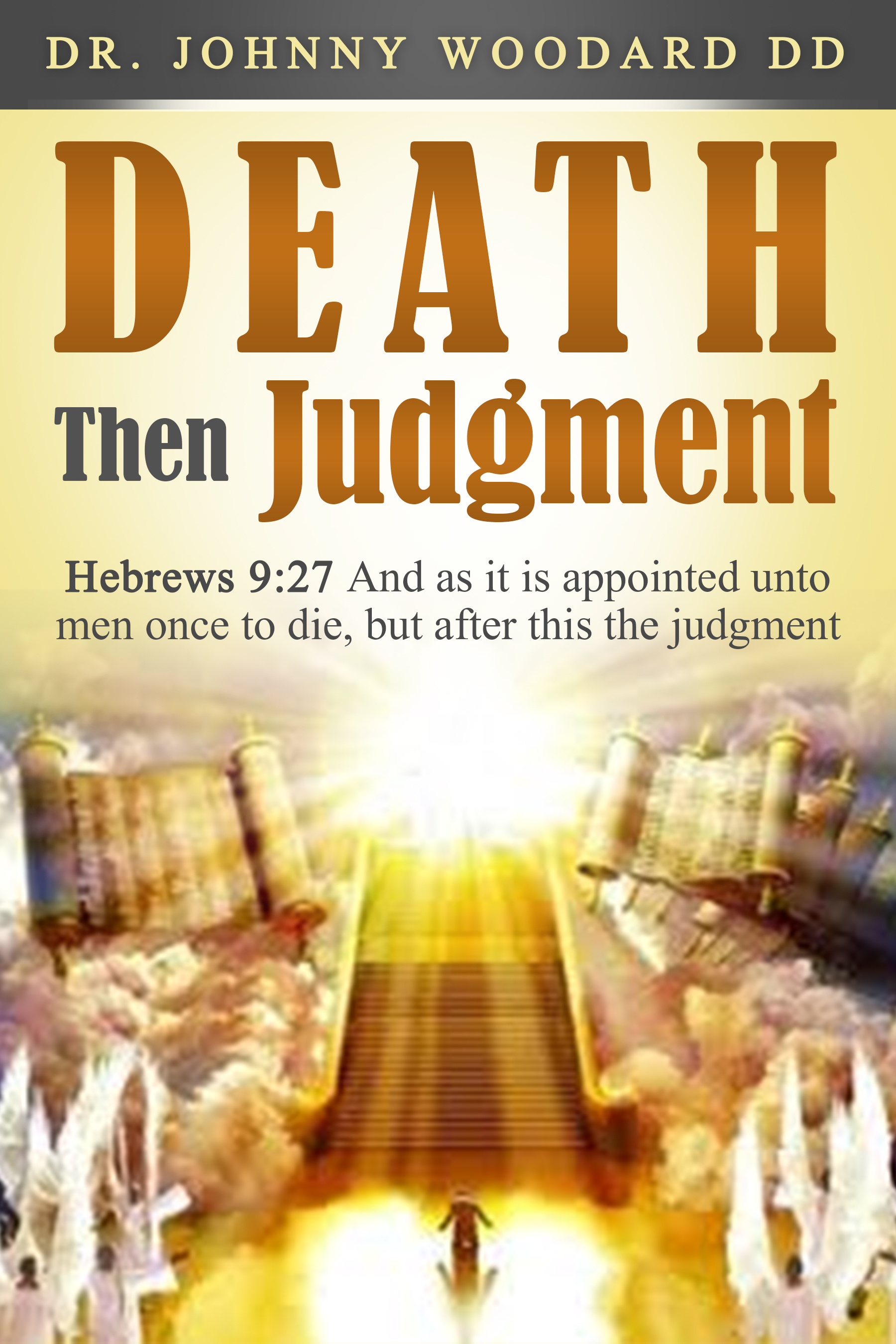 Johnny And Jewel Woodard have served the Lord through The Bread Of Life Baptist Missionary Fellowship since 1995. Dr. Woodard is President of The Bread Of Life International Bible Correspondence Institute, which has well over 4,000 students in 114 countries, including all 50 states in America. He designed all the Bible Study Courses for the lessons in the Bible Study Courses. He has also authored several books, along with 12 Gospel tracts that have been distributed around the world. He and his wife Jewel were saved at an early age in Baptist Churches. Dr. Woodard has pastored 7 churches, including one of which he founded. This book is a study concerning the truths about death and judgment taken from God’s Word, the KJV Bible. We pray it will be a blessing to you and help you to come to a better understanding of what happens to everyone after death claims them.


The Reality of Death

The reality of death began with Adam and has continued through six thousand years of human history. Men do not like to think about that dreadful moment when they must face death, but death claims each life. Death does not take into account whether we have been profitable or not to society. Every step that we take brings us nearer to the grave.

The Bible contains many warnings about death, speaking as frequently on this subject as it does about any other. In the Garden Of Eden, where death had never entered, Adam and Eve were instructed by God to refrain from the forbidden fruit with the dire warning:

Genesis 2:17 In the day that thou eatest thereof thou shalt surely die.

We know that they ate the forbidden fruit; and at that very moment the judgment of God was passed upon them and their bodies began the process of dying.

Genesis 5:5 And all the days that Adam lived were nine hundred and thirty years: and he died.

The writers of the Bible did not hesitate to declare that death is certain. Noah preached righteousness and the judgment of God. He warned men that if they would not repent, the Lord would destroy them from the face of the earth.

Genesis 6:7 And the LORD said, I will destroy man whom I have created from the face of the earth; both man, and beast, and the creeping thing, and the fowls of the air; for it repenteth me that I have made them.

Men failed to believe Noah’s preaching and as a result God struck the whole earth with a great flood. The Bible states that the waters prevailed for forty days on the earth until every hill was covered.

Genesis 7:21 And all flesh died that moved upon the earth, both of fowl, and of cattle, and of beast, and of every creeping thing that creepeth upon the earth, and every man.