Not All Suicide Bombers Are Religious!

A group of ex-special forces members team up to help their ex-colleagues, but it gets out of hand! 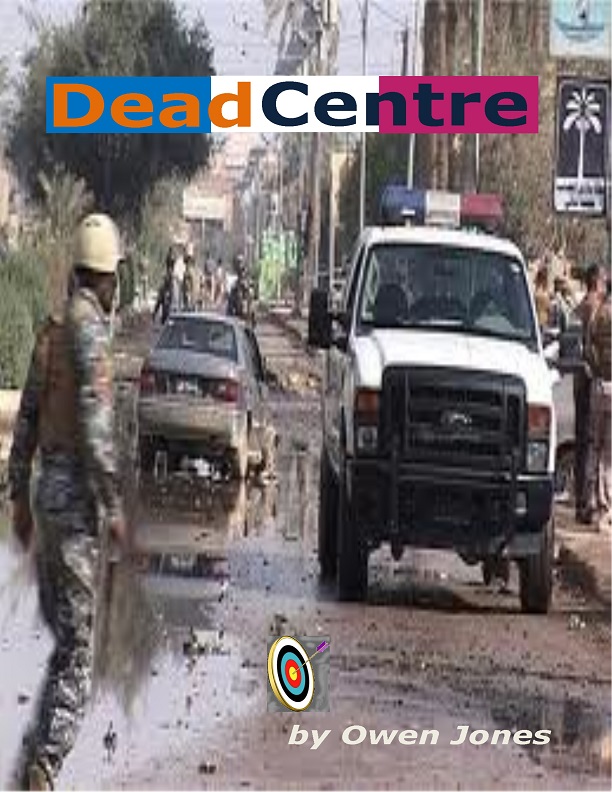 When a suicide bomber detonates his vest in Scheherazade's, an up-market department store in Baghdad, the first reaction of the Iraqi authorities is to treat it as a normal act of terrorism and hand it over to Captain Allawi of the Iraqi National Police.

However, while routinely inspecting the video footage from the store's security cameras, a sharp-eyed, young police officer notices that the suicide bomber is not all that he makes himself out to be and this leads the investigation down a path that no-one had ever considered possible before.

The consequences of this new form of terrorism are horrific.

Then, over a short space of time, six other crimes involving suicide bombers occur that are inexplicable unless thy are seen in the same light as the Baghdad bombing. This leads the police forces of six other cities: Marseille, Essen, Belfast, New York, London and Los Boliches to work together under the umbrella of Interpol to put an end to this new criminal gang.

A twist comes when the police realise that there are several motives for the suicide bombings, but because the perpetrators are unpredictable, it makes apprehending them impossible.

Their only viable tactic is to concentrate on the source of the bombers themselves, although they obviously all die in the raids. The case starts to look hopeless.

Despite numerous breaks-through, the combined police forces, loosely headed by Captain Allawi, fail to make any serious headway, so they ask the Chinese government for the assistance of their Internet experts, because they are widely believed to be the best in the world.

The Chinese, with some help from the Latvian and Argentine authorities, trace the gang's probable headquarters to 'West England', but when their British counterparts examine the data, they pinpoint it to West Wales.

The SAS is called in from Hereford, when it is realised that ex-military personnel are probably involved in the bombings because of the style, the planning and the precision of the attacks. The SAS soon narrow their operations down to a lonely farmhouse located outside St. David's in Pembroke, southwest Wales.

This sets the scene for the final battle to stamp out the leadership of the gang.

'Dead Centre' is a fast-paced action thriller that will keep you guessing until the end. The story takes place in nine countries and dozens of cities.

However, as the saying goes, when the SAS are called in, you know it's getting serious!


Dead Centre has good reviews and attained 5-stars on the Readers' Favorites Website. There is also a sequel and room for at least one more.

Many reviewers say that it should be a film

It is very popular on Goodreads too

Tony was terrified, but he knew that it was his only option. He also knew that in a few minutes’ time, there would be hundreds far more terrified than he was right now.

He had his schedule and it was memorised to the second. He could even see the big clock on the wall that he had to work to. He watched the seconds tick down and took deep breaths to calm himself, it was not a particularly hot day, but he was perspiring profusely, so he took his handkerchief from his inside jacket pocket and stopped at a mirror to dab at his face.

He was beginning to calm down, the Valium was working. He had not thought that it would be this easy. He had a hundred metres further to walk and fifteen minutes to do it in. He dawdled, looking at the clothes along the way, and wondered, none of it would matter soon, and he wondered whether it ever should have. Shirts, trousers, suits, men’s perfumery. He touched some of them, as you might a flower. Up the escalator to ladies’ wear and along the aisles heading for the jewellery department. He knew the way, he had walked the route dozens of times.

Two minutes to go and he felt his heart pick up speed. Wait a few more seconds, don’t get to close to the display cabinets, he had been told. In fact, he had been given a line not to cross, and lo and behold, there it was a metre before him. He stood on his mark, the point where two sections of the aisle carpet joined, and pretended to be reading an advertisement

Fifteen seconds to go. He looked around himself, a deep sadness in his eyes.

Ten seconds, he caught a sales assistant’s eye and she started to walk towards him, he tried to will her away.

Five seconds, she was speaking to him, but he was not listening.