Darling, All at Once by Piper Lennox 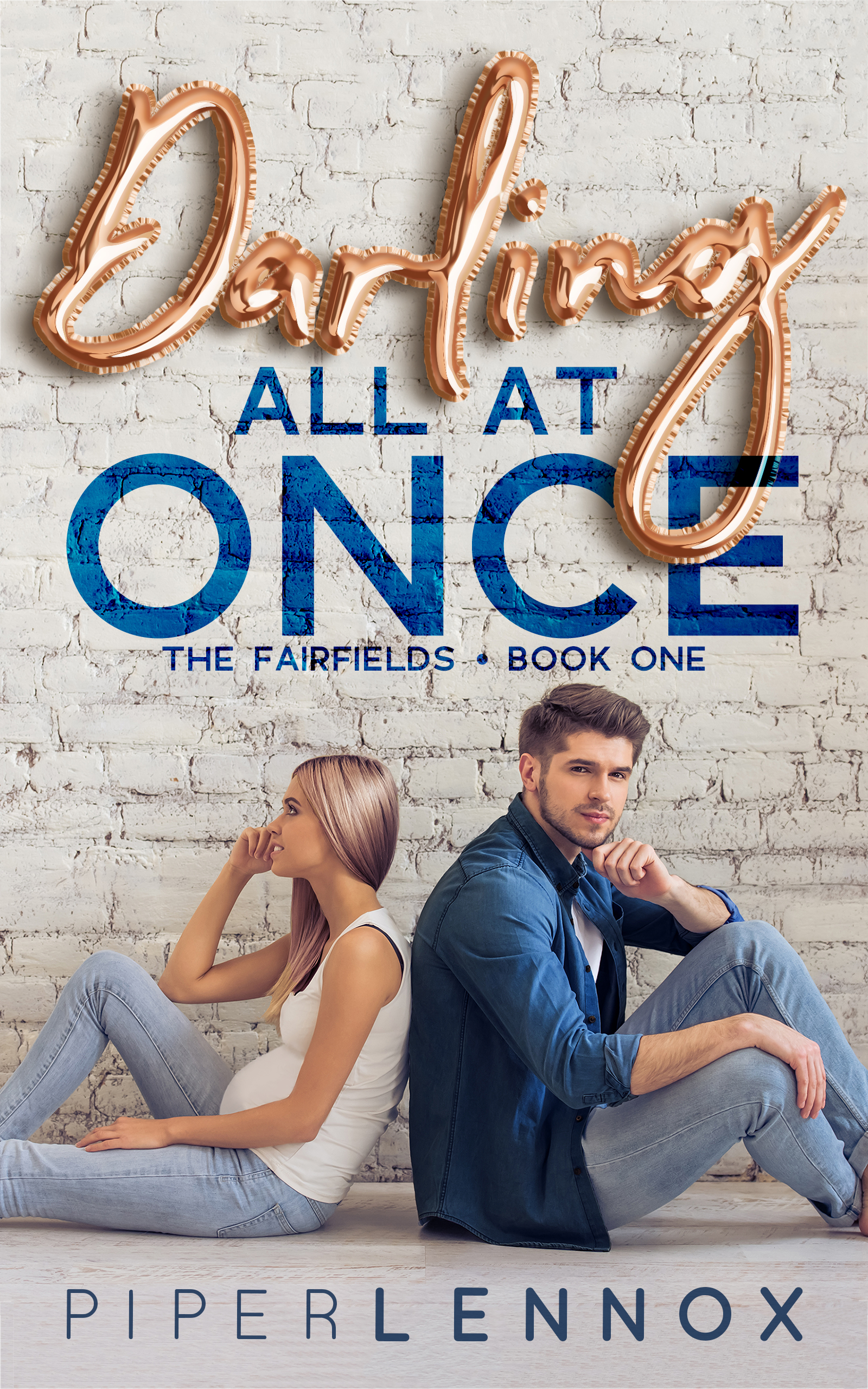 Wasted, covered in glitter, and wearing the ugliest dress in existence.
Also known as: me, the night I stumble into bed with a Fairfield.

Cohen isn’t my type. Not even a little. I mean, other than his legendary family genes, and a smirk that leaves me as breathless as it does enraged.

One night. That’s all I want.

Then daylight comes, and all I want is to forget him. There’s just one problem: that night was too incredible to black out.

Actually, there are two problems.

Now my sister wants me to be her surrogate. To carry her child. To be pregnant.

But, as luck would have it…I already am.

Wasted, hungover, in that dress or out of it: there’s not a single version of Juliet I don’t find beautiful. Including knocked-up.

I’m a joker. I’m immature. She’s got a long list of reasons why I’m not her type.

But thank God for hormones: now she needs something. Bad. And I can give it to her, in about a hundred different ways.

I promise her our arrangement will stay purely physical.

Darling, All at Once is a standalone romance with an HEA. It is the first book in the Fairfields series by Piper Lennox.


Cohen’s expression tells me absolutely nothing about what he’s thinking.  His hands, however, do.

“Pregnant,” he repeats, just as he lets go of the air pump.  A much louder hiss than before—more like a leaf blower—fills the air as the pump shoots out of the opening to the bounce house altogether, skittering back on the lawn.

Kids start screaming, half in joy, the other half terrified, as the house dents into itself and begins to sink around them.

Cohen’s still staring at me, blank-faced.

“Shouldn’t you, uh—get them out?” I sputter, flailing my arms at the deflating mess of vinyl and kids.

He blinks and inhales as a curse.  Just a sip of air, and “Fuck.”

I grab the air pump while he lifts the flaps of the house.  “Everybody out!  Come on, come on, it’s broken!”  When a few kids refuse to leave, he dives inside.

“Juliet, grab the pump!” he shouts.

“I’m trying!”  This thing feels like a fishing motor; all I can do is drag it, inch-by-inch, scarring this pristine yard to hell.

Parents start to notice.  Some hug their kids like they’ve just left a bomb shelter.  The ones whose kids are still inside yell at Cohen to get them out.  One mom yells at me to fix the damn thing.

“Leave her alone, she doesn’t work for me!”  From the wreckage, Cohen’s voice booms across the crowd, then weakens: “She’s my…. Oh, God, she’s pregnant.”