Crescent Moon Rising - The Bali Bombings by Kerry B. Collison 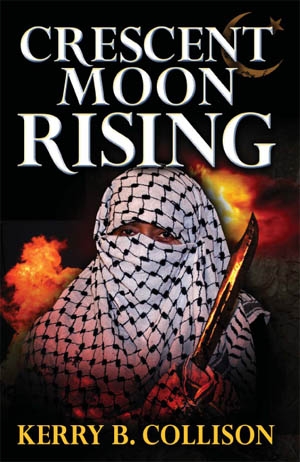 At a time when Australians are wavering in support of a proposed U.S.-led invasion of Iraq, more than six hundred U.S. Marines rotating on R & R in Bali suddenly disappear; then, Kuta erupts in a fireball and Australia falls into line with America’s demand to become part of the ‘Coalition of the Willing’
Based on indisputable fact, a step by step account of the Bali bombers, the rise of extremist Islamic militancy across Asia and what the future might hold when terror is unleashed on Australia’s doorstep.
Crescent Moon Rising relates the rise of militant Islam across Asia and how the U.S. and other foreign intelligence agencies missed opportunities to arrest not only the instigators of the September 11 attacks on the U.S.A. but also those who created the Jemaah Islamiyah and carried out the Bali bombings. The Bojinka Plot is uncovered in Manila but the U.S. ridicules the contents found on a white Toshiba laptop discovered after an apartment fire. The computer files lay out an assassination plot against the Pope who would visit that week, and the detailed plan to hijack 11 aircraft and crash these into the World Trade Towers and other U.S. targets. The timing of this event was January 1995.