A marriage of convenience turns passionate in this Regency-set romance. 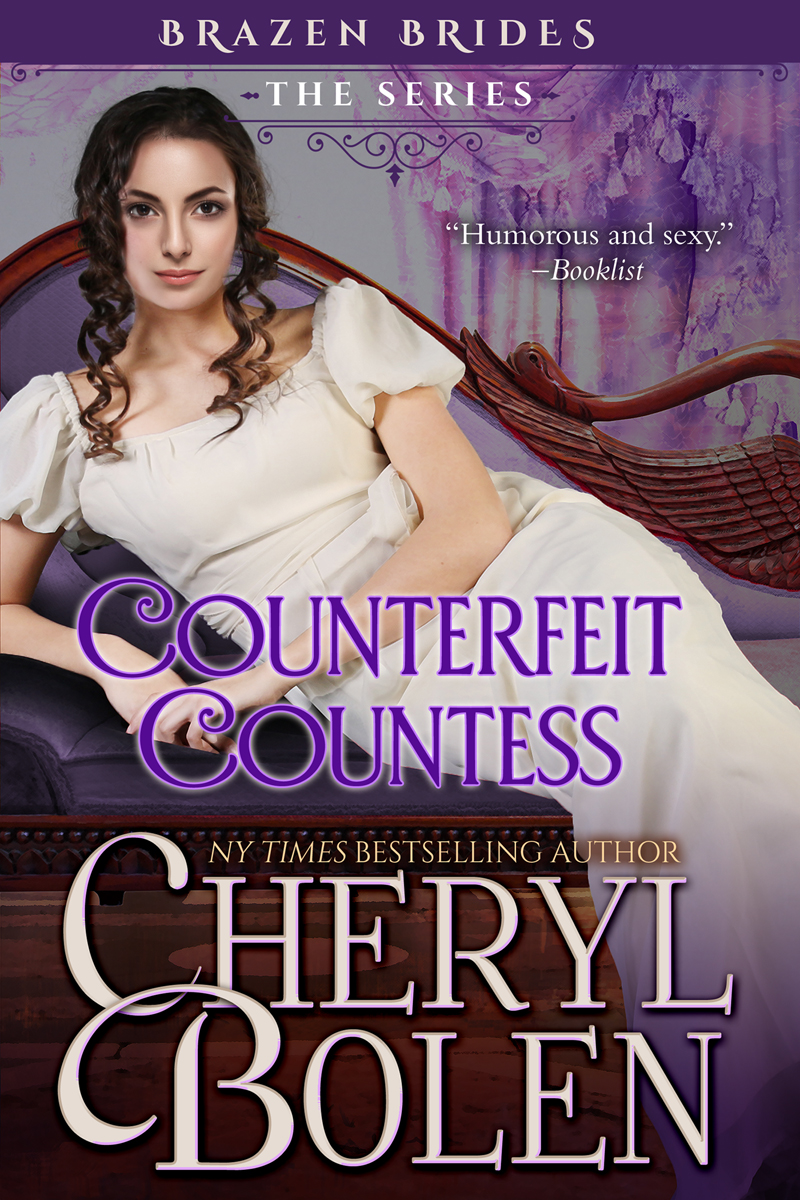 Maggie thought she was married to an earl . . . but it seems that her late and unlamented husband lied to her from the day they met. Now—penniless and stranded in London—she has thrown herself on the mercy of the real Lord Warwick. What's a counterfeit countess to do?
Edward, the Earl of Warwick, desires only to get rid of the beautiful woman who arrived at his house with no less than fourteen trunks, a younger sister, a maid, and a very large cat. Her preposterous explanation is of no importance—but her late husband held the clue to the identity of England's greatest traitor, a clue the Foreign Service must get at any cost. Edward will have to guard her night and day—but he cannot guard his heart.


I have been a New York Times and USA bestseller as well as an Amazon all-star. Most of my 41 books have been bestsellers on Amazon and other sites at one time or another. At times, I am ranked in the Top 100 historical authors on Amazon.


From the top of the stairs he surveyed the ruckus below. And froze. What was likely the most beautiful female he had ever seen stood spitting out orders to his servants as if she were the mistress here. His mouth opened in dismay when he realized one of those orders was a demand to carry trunks to the “countess’s” chambers. His glance scanned the disarray in his heretofore well-ordered townhouse. He counted no less than fourteen trunks. In addition to the arrogant Incomparable, there was a slightly more youthful version of her with spectacles propped on the bridge of her nose, a skinny hag dressed in servant’s clothing, and the fattest cat he had ever seen--all of them talking and shrieking at once.