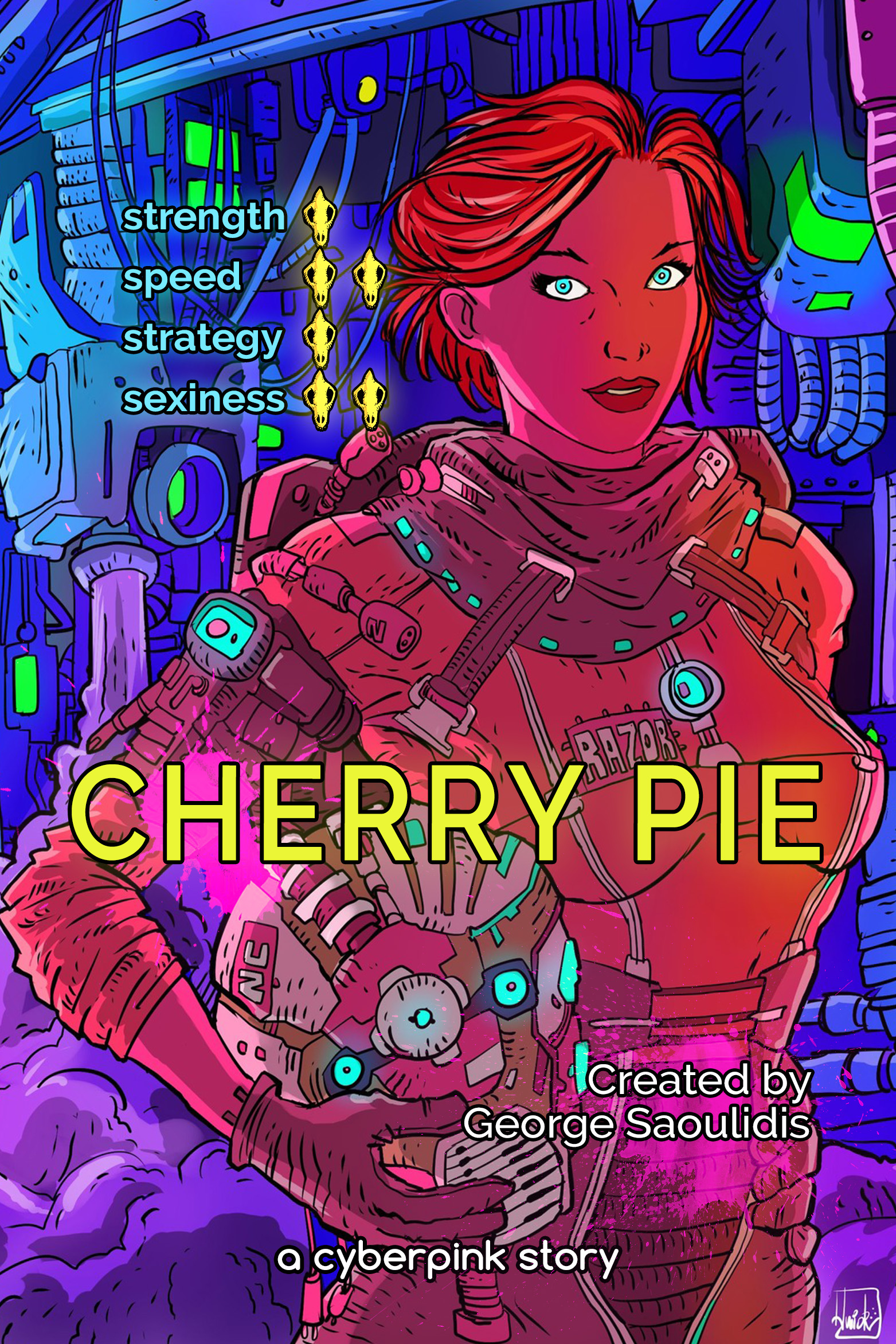 Hector has formed his team and is now the proud owner of two Cyberpink athletes. He still has no clue what to do and how to move forward, and the enemies he has already made are trying to elbow him out of the game before he even gets to the starting line. Cherry acclimates to her new home, and Pickle's past comes back to bite her in the butt.

Will the newly-formed team manage to win their first match? Can Pickle keep her secret? Find out in the second book of this exciting story where popularity is queen and blood runs pink.

This is book 2 of the Cyberpink series. Find more stories and tidbits on https://cyberpinktournament.com


Author George Saoulidis has a 3000 goodreads following, a 10000 twitter following and a 4000 instagram following. The book is a story in a series.

Publisher is looking for a royalty share agreement, and is incorporating audiobook creation as a regular step in the marketing process (with 40 upcoming titles, 65 currently published, 30 audiobooks).


Cherry pulled her travel bag behind her and stood across the street of her new home. It said ‘HPP’ and it was just a storefront, with an attached apartment on top. She scrunched up her nose, thought about if for a second, then sat on her travel bag. She pulled out her drawing tablet and started sketching up the view.

The armour store was in the middle, flanked by another business that custom-fitted armoured cars. On the right side it was a boot store. Nothing else, just boots. Kinky boots, leather boots, pleather boots in vibrant colours. Cherry drew it all: The customers walking past, chatting amongst themselves or with someone on the veil, checking out the stores’ windows. The owners’ silhouettes inside, barely visible from the glaring sun. The cars parked on the street, the streetlamps, the graffiti on the walls.

This wasn’t a nice part of town. Just a couple of streets over Syggrou Avenue, the dead-end street where dreams go to die. Still, it felt nice for Cherry.

Anything would feel nice compared to what she had before.

Done with the establishing shot, she saved it and swiped the tablet clean, starting again on a detail. Hector was on his storefront, putting on armour on one of his mannequins. He hadn’t noticed her, and he was focused on his work, adept hands putting the various bits on the inanimate person and tightening them as they should be.

Cherry drew it all. His focused expression, his dark hair, his eyes.

Somebody called him from the back and he yelled something in reply. Cherry swiftly copied the sketch and switched to another panel, drawing his annoyed expression as he tilted his head back, his eyes still on his task.

Patty appeared, and Cherry copied and switched to a new panel to include her in a double-shot. She drew her quickly from memory, strong, augmented, bossy. Hector waved his hand away, seeming annoyed.