her captor turns out to be a man she could fall for... 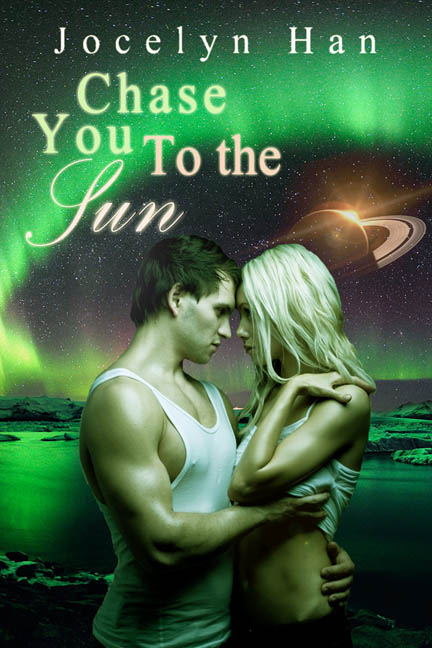 When Svetlana Ivanova lands a job on Desida One as trade liaison for the Russian Elite, she is over the moon. Even though her rich father owns the largest gemstone mine in the solar system, Lana wants to make it under her own steam. Working on one of the Desidan space stations is a dream come true.
Things take a turn for the worse, though, when she and her friends Tori and Alen are attacked by rebels on their way to Earth. Bruce Randall, a notorious space pirate and her father’s worst enemy, kidnaps her to hold her for ransom. If Mr. Ivanov doesn’t pay up, she’ll get hurt – badly. Bruce may have a handsome face, but his soul is darker than the night. Or so he claims, anyway.
Locked up in a mansion in an unknown location on Earth, Lana’s world slowly begins to unravel. Bruce is not just holding her hostage for money – in fact, he tells her things about her father’s company that she can’t believe. The pirate seems to know more about her mother’s death, five years ago, than she was ever told. And his kisses may be dangerous, but too good to resist.
Lana comes to realize that beneath the villainy and violence, Bruce is a man very different from the character in the stories told about him. A man with crushed ideals and a past haunting him everywhere he goes, no matter what he does.
A man she could fall for.

“Not likely,” Alen replied, drumming his fingers on the table. “He’s not that old.”

Lana shrugged. “Actually, I have no idea how old he is. I don’t even know what he looks like.”

“Right.” Alen narrowed his eyes. “They keep pictures of criminals out of the media, don’t they?” He swiped at his pad for a few seconds, then slid it across the table. “This is him.”

Curiously, Svetlana picked up Alen’s pad – he probably had mug shots of criminals from all over the solar system in his security files – and looked at the picture on screen.

Two intensely slate-gray eyes stared back at her above high cheekbones. Her gaze lingered on the smirk playing around sensuous lips. The dark eyebrows arching above his gray eyes seemed to be slightly cocked in disapproval, or perhaps amusement, and the angular planes of his face were framed by long, dark-blonde hair shot through with gold. Lana couldn’t help but blink at the picture of Bruce Randall in amazement. She’d always assumed the guy was as old as her father, but he wasn’t – he looked like he was in his mid-thirties. He looked rebellious, dangerous – and also incredibly attractive. She couldn’t deny it.

“He’s not at all what I expected,” she blurted out, putting the pad down so she wouldn’t keep staring at Bruce like an idiot.

Tori’s mouth curled up in a smile. “Well, what did you expect? An eye patch and a peg leg?”